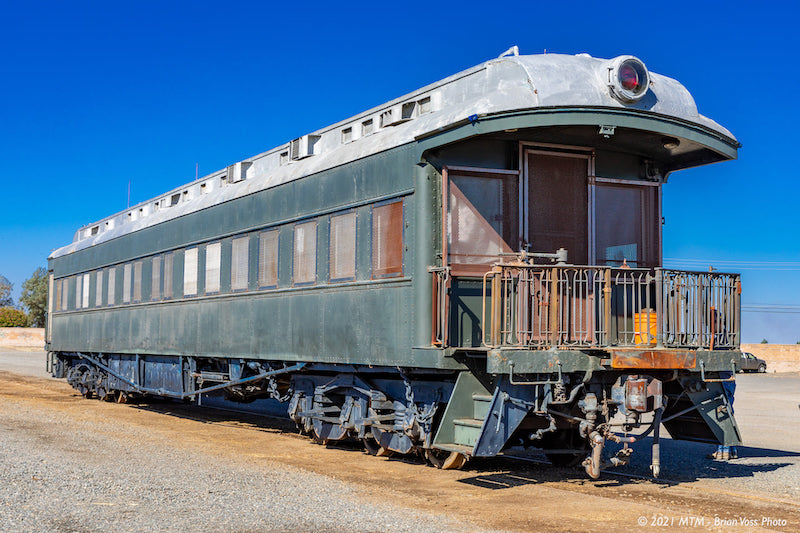 James J. Hill’s great-grandson purchased the car in California and donated it to the Minnesota museum. Photo Courtesy of Minnesota Transportation Museum.

ST. PAUL, Minn. — A business car that once belonged to the famous “Empire Builder,” Great Northern Railway founder and president James J. Hill, has been donated to the Minnesota Transportation Museum.

Hill used the A-18 heavyweight business car to tour the railroad in the early 20th century. By the 21st century, the car migrated to California where it was rediscovered by Hill’s great-grandson, James J. Hill III, who purchased it. Hill III has now donated it to the Minnesota museum and it will be making its way east this summer. The museum plans on restoring it to operating condition, which is expected to take two years.

“Because of Mr. Hill’s generosity, the MTM will fully restore the A-18 to its original condition,” said Larry Paulson, volunteer project manager for the restoration. “We want the public to see and experience James J. Hill’s living and working quarters. It will enable us all to better understand the expansion of our nation from physical and economic perspectives, and how the business conducted in A-18 helped to build the Twin Cities we know today.”

The car will be restored at MTM’s Jackson Street Roundhouse where it will also eventually be put on display. Due to the historic nature of the car, the museum does not plan on using it regularly but may bring it to events at St. Paul Union Depot.