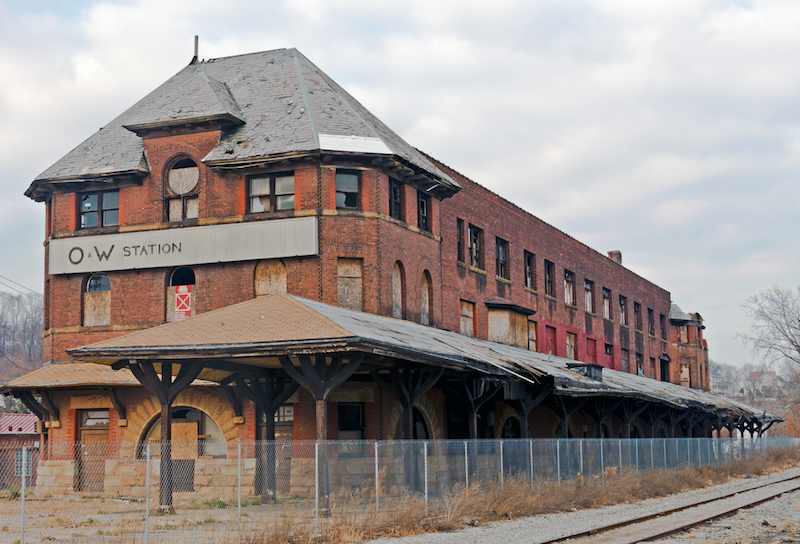 The historic Middletown Depot has sat empty since 2004 after it was damaged in a fire. Photo by Daniel Case/Creative Commons.

MIDDLETOWN, N.Y. — A former New York, Ontario & Western depot that has sat vacant for nearly two decades may finally get a second lease on life.

This week, the mayor of Middletown, N.Y., announced that the city had been able to secure state and federal grant commitments to start the renovation of the former NYO&W depot there that was damaged by fire in 2004. The project is expected to cost $11.6 million, Mid Hudson News reports.

The three-story depot was designed by architect Bradford Lee Gilbert and built between 1892 and 1893. At one point the building served as the railroad’s headquarters. After the NYO&W went bankrupt in 1957, it was used as a retail space and even a nightclub. The building is on the National Register of Historic Places. Since the 2004 fire, the city has tried and failed multiple times to restore and redevelop the building.