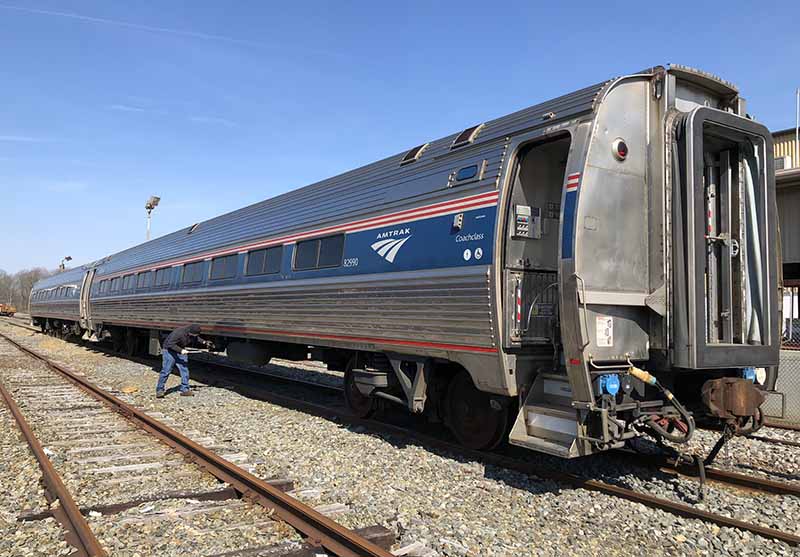 For people of a certain age, it might be hard to believe that Amtrak’s tubular “Amfleet” cars are now almost 50 years old. Realizing the cars’ historical significance, Rail Excursion Management Co. — the same group that revived the beloved New River Train in 2019 — announced this week that it had purchased three Amfleet cars for use in excursion service. Railexco is the first private owner of any Amfleet cars.

Budd built the cars between 1974 and 1977 as the first new passenger equipment purchased by Amtrak following its inception in 1971. Many of the all-stainless steel cars are still in use today. Railexco purchased two coaches and a cafe car.

“These are the cars we grew up riding, but more importantly these cars represent a sea change in American passenger railroading,” said Railexco CEO Adam Auxier. “We’re proud to showcase these cars as examples of the next generation of living, rolling railroad history.”

The three cars will be moved to an Amtrak shop in the coming weeks for restoration before being leased to a Midwest excursion operator later this year.