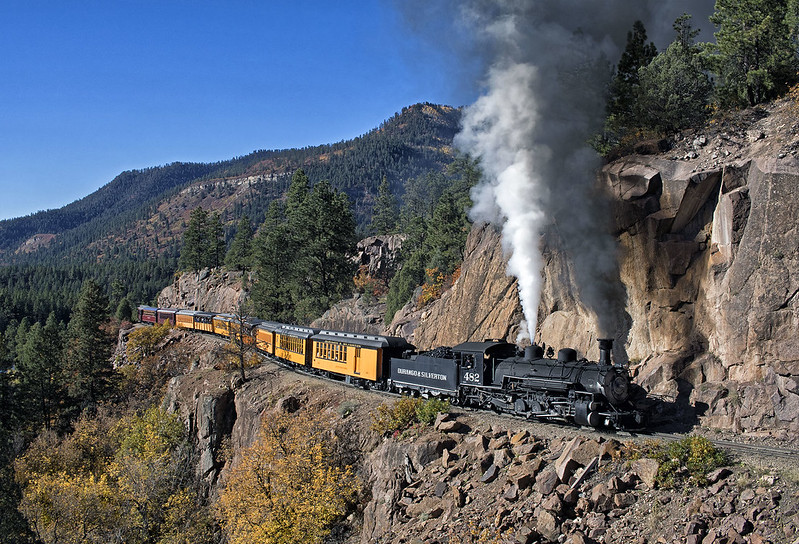 The Durango Herald reports that the railroad suspended operations on Sunday, Monday and Tuesday. It appears service was expected to resume on Wednesday. The temporary suspension comes just a week after the railroad began its regular summer excursions to Silverton on the former Denver & Rio Grande Western branch.

Earlier this year, the railroad settled a $20 million lawsuit with the U.S. Forest Service stemming from a 2018 wildfire that the government alleges the railroad started with a coal-fired steam locomotive. The railroad denies any responsibility but has still agreed to pay $15 million upfront and another $5 million over the next ten years and agreed to a number of conditions to ensure safe operations. During Level 2 fire danger, coal-burning locomotives are prohibited; during Level 3, any work that produces sparks or open flames is prohibited; and during Level 4 the railroad is closed.

Last year, before the agreement was in place, there were three days classified as Level 4 that would have prompted the suspension of operations, according to the newspaper.

“Our hope is that the Industrial Fire Restrictions Plan will not impact us on a significant level, but it’s definitely something that we are monitoring on a daily basis with the different agencies and we will adjust our operations as needed,” John Harper, COO for American Heritage Railways, D&SNG’s parent company, told the newspaper.