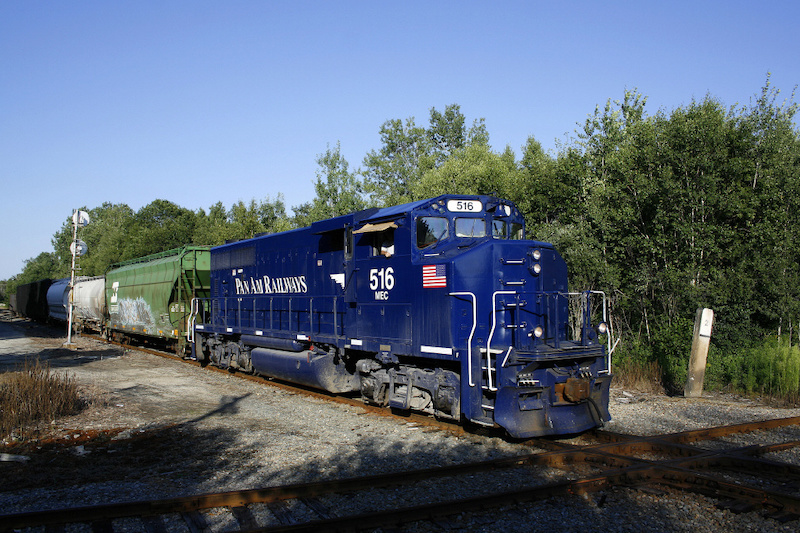 On Monday, CSX announced that it was purchasing the 1,200-mile regional railroad that stretches from New York to Maine for an undisclosed amount of money. The deal will need to be approved by the U.S. Surface Transportation Board but sources close to the railroad say the sale could be completed by mid-2021.

If the sale is approved it would result in a seismic shakeup in the New England railroad landscape and would eliminate one of the United States’ last large independent regional railroads.

“In Pan Am, CSX gains a strong regional rail network in one of the most densely populated markets in the U.S., creating new efficiencies and market opportunities for customers as we continue to grow,” said CSX President and CEO James M. Foote. “We intend to bring CSX’s customer-centric focus and industry-leading operating model to shippers and industries served by Pan Am.”

“Pan Am is pleased to reach this agreement with CSX, a North American leader in rail-based freight transportation,” said David A. Fink, president of Pan Am Railways. “This is great news for New England shippers and the national freight network overall.”

Word first leaked in early November that CSX was making a move for Pan Am when Norfolk Southern filed a preemptive objection with the STB to any deal between the two carriers. NS has a joint venture with the New England regional called Pan Am Southern that includes more than 400 miles of track in Massachusetts, New York and Connecticut. The venture dates back to 2009 and allows NS to go head-to-head with CSX in the Boston market.

“NS is concerned with CSX’s potential acquisition of Pan Am, specifically its interest in PAS, and is further concerned with CSX’s potential use of a voting trust to acquire Pan Am,” an attorney for NS wrote. “One of the main benefits of NS’ and Pan Am’s joint control and ownership of PAS was to strengthen competition with CSX… Any CSX effort to acquire Pan Am would threaten to materially undermine this existing competition, thus impacting not only NS but also rail shippers and other railroads.”

The letter also notes that NS was “given certain rights in the event of a ‘change of control,’” including the establishment of a voting trust.

As of Monday, the STB had not responded to NS’ objection and it’s unclear if the issues have been resolved behind the scenes. Earlier this month, a CSX spokesperson told Railfan & Railroad that the carrier was working directly with NS to “understand any issues they might have.”

In June, Pan Am reportedly approached the Bank of Montreal to assist with a potential sale and rumors swirled that a change in ownership was imminent. NS, Canadian National and Canadian Pacific were all considered potential suitors for the regional railroad that operates on 1,700 miles of track in New England and New York. A few weeks after word broke that Pan Am was looking for a buyer, NS executives declined to comment on the potential sale, only saying that the railroad was “committed” to the New England market. CP President and CEO Keith Creel said his railroad was “focused on” on its recently acquired Central Maine & Quebec and that it was unlikely the Class One would be going after any other acquisitions in the immediate future.

Pan Am’s system stretches 1,200 miles through Maine, New Hampshire, Vermont, Massachusetts, Connecticut and New York. It was created as Guilford Rail System in 1981 with the merger of the Boston & Maine and Maine Central. It was renamed Pan Am in 1998 after the company purchased the name and logo from the iconic air carrier of the same name.