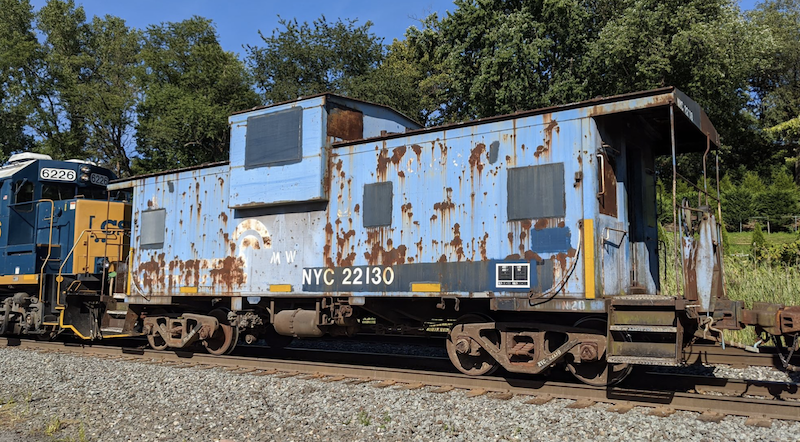 Conrail 22130 on its way to New Jersey. Photo by Michael Tierney.

LITTLE FERRY, N.J. — CSX Transportation has donated a former Reading Company caboose to the Conrail Historical Society. The caboose was delivered by CSX to the New York, Susquehanna & Western Railway yard in Little Ferry, N.J. last month where it will be stored until it can be moved to the Delaware, Lackawaxen & Stourbridge Railroad in Honesdale, Pa.

The caboose was built for Reading in 1970 as its 94103 and was transferred to Conrail in 1976 where it was renumbered 22130. The caboose worked for Conrail until June 1999 when it was transferred to CSX. The car was used in Tennessee until it was retired earlier this year. The car is still in Conrail blue. The CRHS began talks with CSX in late 2018 and the Class I agreed to donate the caboose to the historical society once it was no longer needed.

“This caboose is a very rare and historically significant example of one of the most modern caboose designs used by Conrail,” said CRHS President Rudy Garbely. “We’re very appreciative of CSX’s generosity and the opportunity to preserve this caboose for future generations.”

The car will remain in Little Ferry until it can be moved to the Delaware, Lackawaxen & Stourbridge where it will be restored to its Conrail appearance. Garbely said he expects people will be able to ride the caboose in 2022.