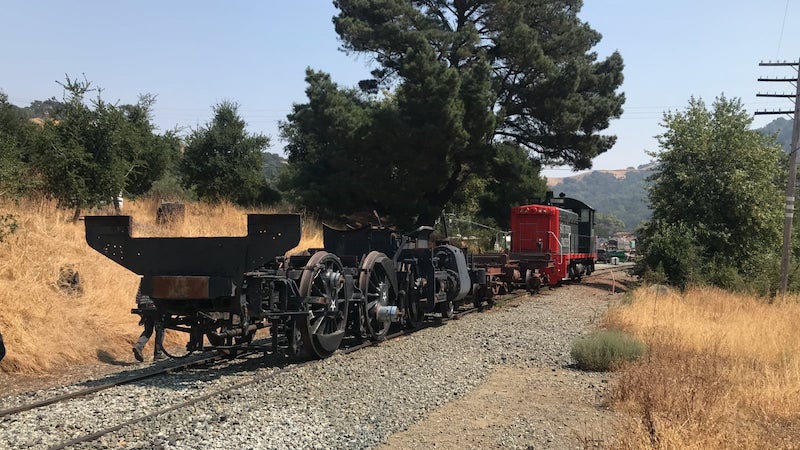 SUNOL, Calif. — A Southern Pacific 2-6-0 that last ran in Colorado is heading west — a few pieces at a time — to its new home in California. This week, the running gear for Southern Pacific 1744 arrived at the Niles Canyon Railway.

The Pacific Locomotive Association, which operates the Niles Canyon, purchased the locomotive from the San Luis & Rio Grande Railroad. The organization plans on restoring the locomotive to operation so that it can lead excursions on an original stretch of the First Transcontinental Railroad.

“The PLA plan to return 1744 to service will not be a quick or inexpensive proposition but we are looking forward to the future when she will once again steam on the Niles Canyon Railway,” the group writes.

The 2-6-0 Mogul built by Baldwin in 1901 operated for many years out of Oakland on the Southern Pacific Western Division and in California’s Central Valley where the Moguls were fondly called “Valley Mallets” by their crews. The locomotive was made famous in later years by operating on several of the last steam excursions on the Southern Pacific. In later years, the locomotive ran in Utah, Texas and finally Colorado, where it last ran in 2017.