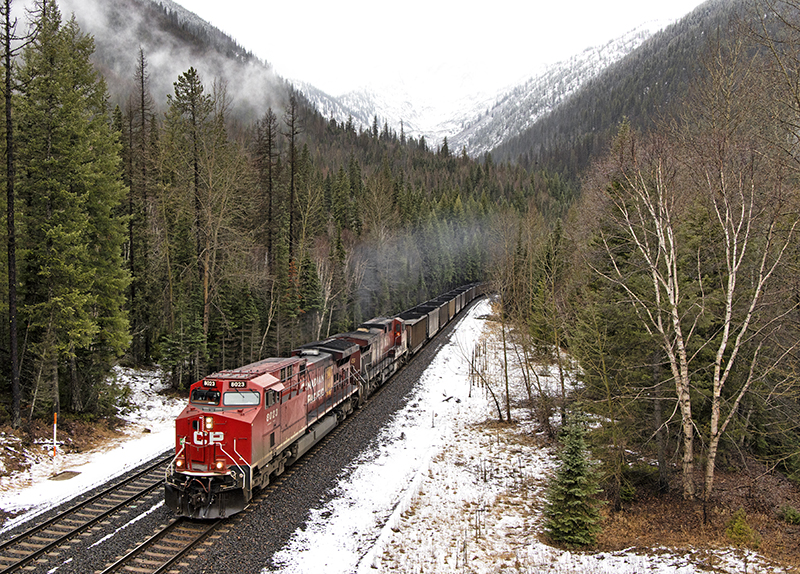 VANCOUVER — More than two weeks after an “atmospheric river” dumped buckets of rain over southern British Columbia, the region’s two primary railroads are still picking up the pieces.

While Canadian Pacific was able to reopen its main line through the Thompson and Fraser River Canyons east of Vancouver last week, Canadian National hasn’t been so lucky. CN officials tell the Canadian Press that they were able to move just seven trains before “proactively” closing the line into Vancouver because it was again dealing with flooding, washouts and debris on its tracks. CN officials have not given an estimate of how long the route will be closed.

“Our crews are working to find safe and effective ways of managing the water flow, stabilizing the infrastructure and monitoring the overall state of the network,” railway spokesman Mathieu Gaudreault told reporters.

While CP’s line through the area is open, it is heavily reliant on CN because of a joint operating agreement through the canyons.

CN and CP have been detouring trains around the washouts when they can, including north over CN’s line to Prince George, B.C., and even south into the United States. On Monday, at least two empty coal trains bound for mines on the CP in southeast British Columbia were detoured via BNSF Railway’s Marias Pass route in Montana.