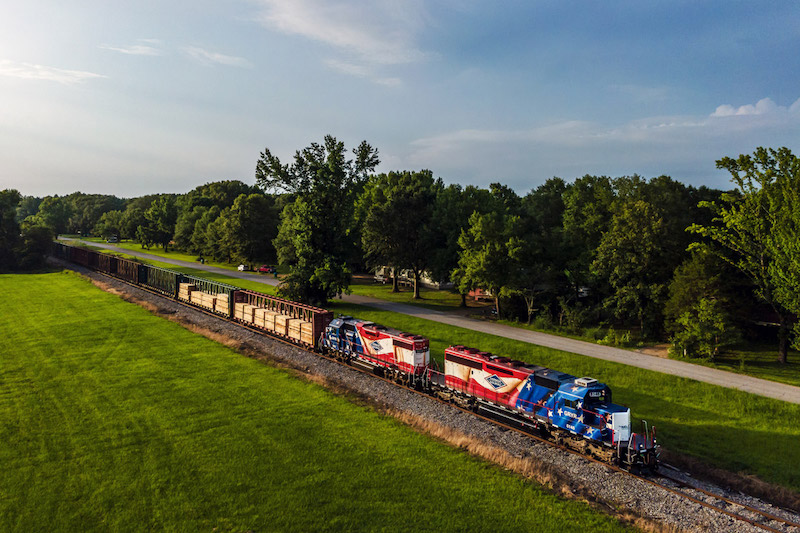 RailUSA owns Florida Gulf & Atlantic in Florida and Georgia and Grenada Railroad in Mississippi and Tennessee. Photo Courtesy of RailUSA.

BOCA RATON, Fla. — A short line operator that owns two different railroads in the southeast has been sold to an Australian-based investment bank. According to documents filed with the U.S. Surface Transportation Board this week, Macquarie Infrastructure Partners purchased RailUSA last week for an undisclosed amount of money.

RailUSA was founded in 2018 and presently runs two railroads: the 430-mile Florida Gulf & Atlantic in Florida and Georgia (ex-CSX) and the 228-mile Grenada Railroad in Mississippi and Tennessee (ex-Illinois Central). The railroads are known for their vibrant paint schemes featuring the American flag. Macquarie Infrastructure Partners is based in New York and is part of the Sidney, Australia-based Macquarie Groups.

Because Macquarie does not own other railroads, the deal does not need to be approved by the STB. According to documents filed with the regulator, the new owner does not anticipate any changes to the operation of either railroad, but it does plan to invest in both in order to increase business. The deal is expected to close in the coming weeks.