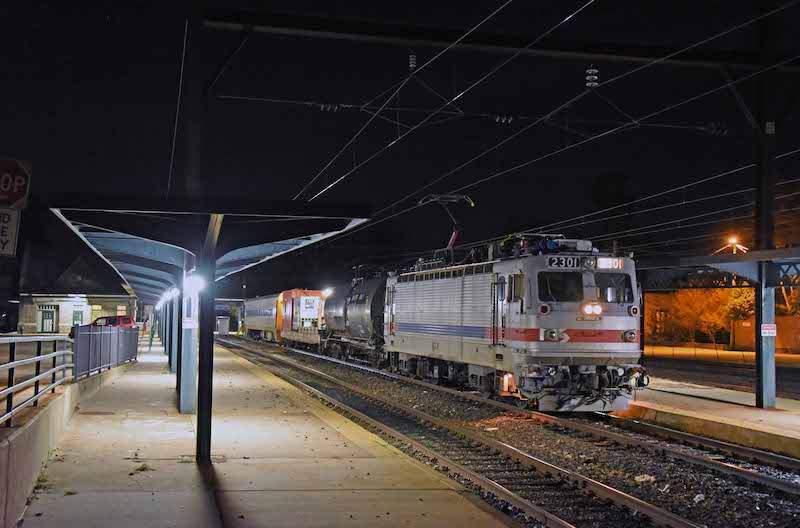 PHILADELPHIA – For the third year in a row, Southeastern Pennsylvania Transportation Authority (SEPTA) AEM-7 electric locomotives have been pulled from storage and are running on “wash trains” in the Philadelphia area.

“Slippery Rail” occurs when falling leaves, crushed by passing trains, deposit a residue on the tracks, SEPTA said. The greasy coating decreases the friction of a train’s wheels and this happens, travel speeds are reduced to maintain safe operations, especially on grades and on approach to stations.

“SEPTA has an aggressive maintenance program that employs a combination of water, gel, and sand to remove oily deposits on the tracks,” the railroad said. “The Authority also uses high pressure washing equipment on Regional Rail to blast away the leaves and leaf residue. This action is effective in removing debris from the tracks, but short of plucking every leaf from every tree, customers may still experience intermittent service delays caused by slippery rail.”

Running after the evening rush and throughout the night, wash train season typically spans from mid-October until around the Thanksgiving holiday.