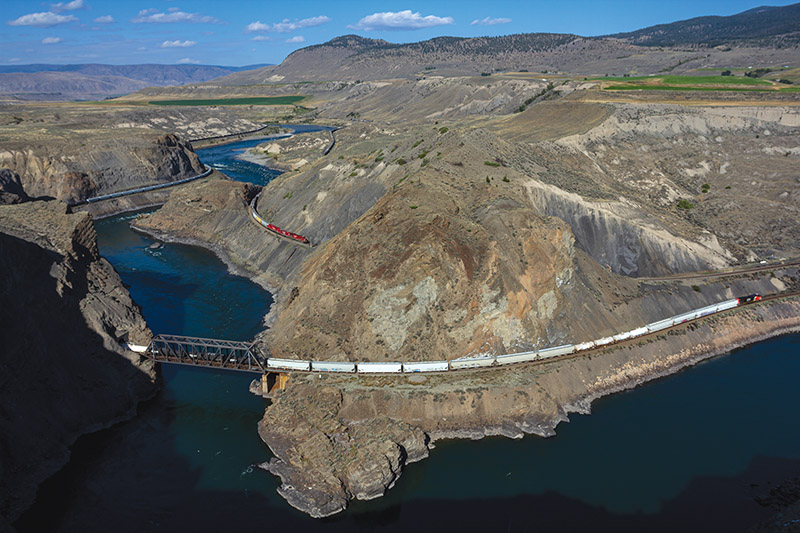 FIRST PLACE — A.J. SHEWAN: The race is on between westbound trains in British Columbia’s Thompson River Canyon. Canadian National manifest M311 crosses the Thompson River followed closely by Canadian Pacific grain Train 303. The CP grain train will slow and wait for M311 before crossing onto the CN for the trip down CN’s Ashcroft Subdivision.

Congratulations to all of this year’s winners! —The Editors 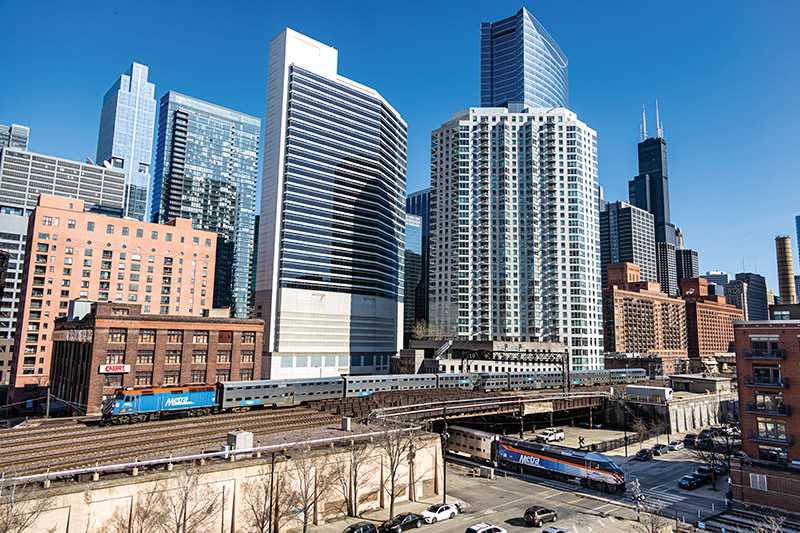 Two outbound Metra trains are viewed from a parking garage on Clinton Street, during the busy afternoon commuter rush out of downtown Chicago on April 2, 2021. 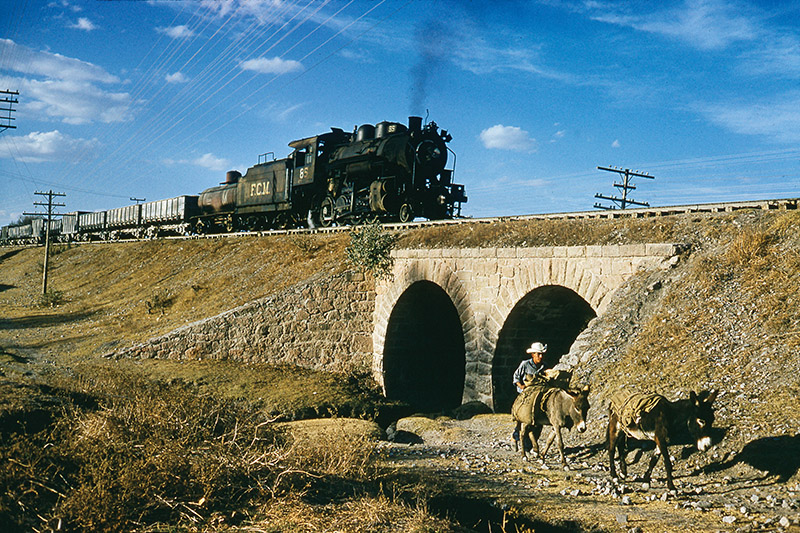 A Ferrocarril Mexicano 2-8-0 with a local freight is in a siding for a meet on the main line at Huehuetoca, north of Mexico City, on February 17, 1962. The culvert is a convenient underpass for the local residents. 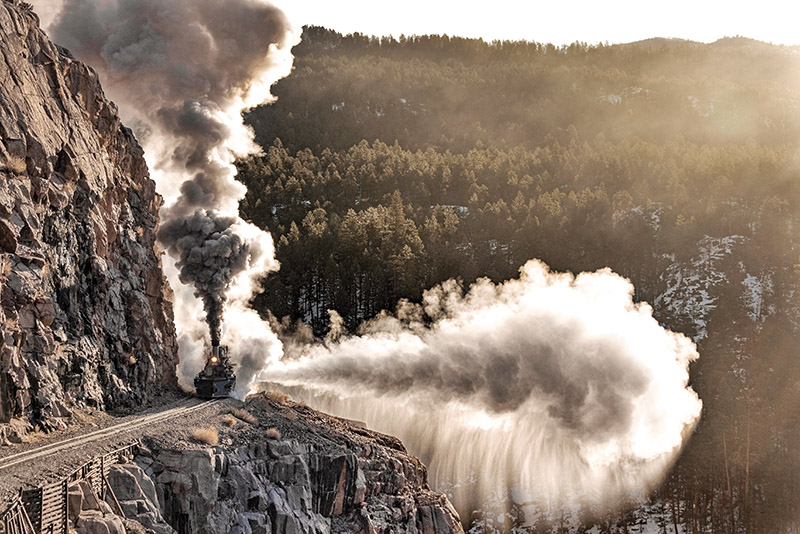 Scottish photographer David Yarrow arrived in Durango, Colo., with a large team of actors, models, animals and crew members for two days for his Wild West series of images. There were some unforgettable moments, but perhaps none as memorable as 2-8-2 476 steamed up and blowing down multiple times on Durango & Silverton’s iconic high line just as the first rays of morning light crept over the mountains on February 4, 2021. 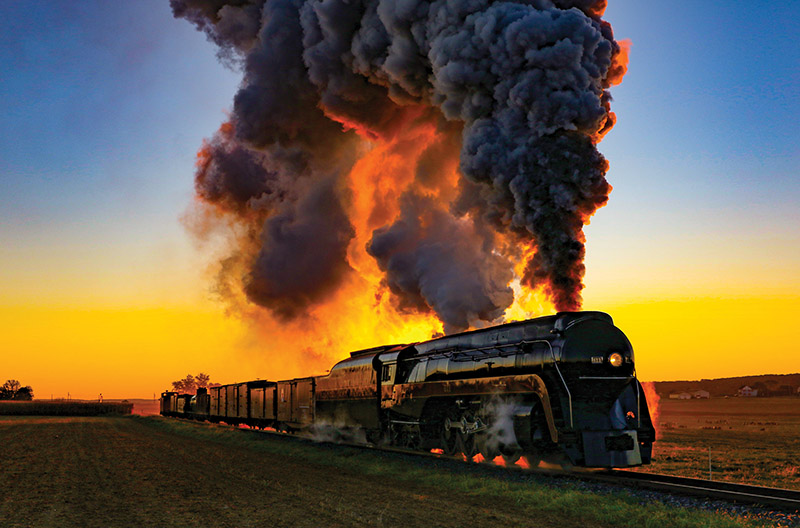 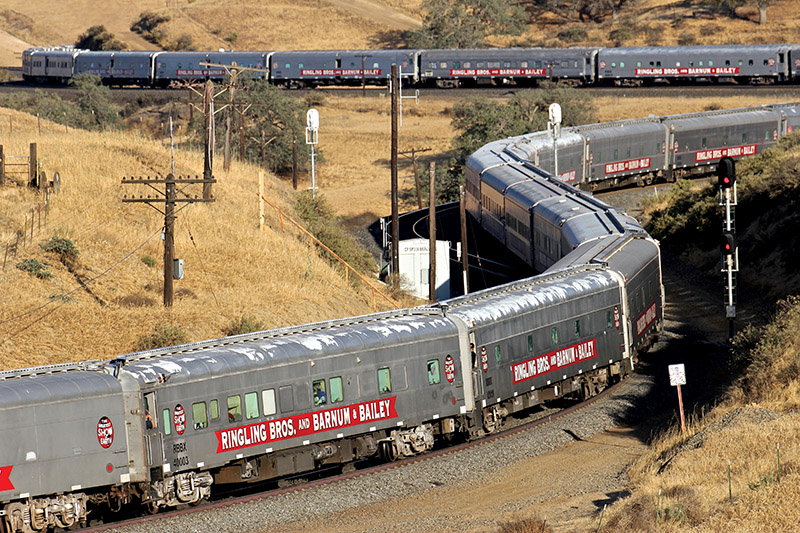 Quite literally snaking its way up the steep grades of Tehachapi Pass, the Ringling Brothers and Barnum & Bailey Red Unit circus train slithers its way toward Bealvile, Calif., on August 25, 2015, as it makes the “jump” between Fresno and Los Angeles show locations. 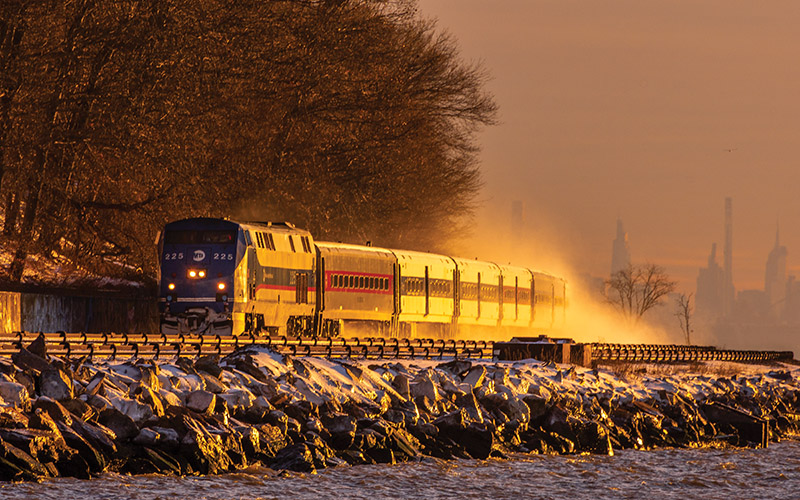 On December 18, 2020, the day after winter storm Gail had swept through the area, the New York City skyline is receding in the distance as Metro-North GE P32AC-DM 225 catches a burst of late afternoon light, hustling its train along the Hudson River near Dobbs Ferry, N.Y., bound for Poughkeepsie. The building to the right of the train is One Vanderbilt, across the street from Grand Central Terminal in Manhattan, where this train started its journey. 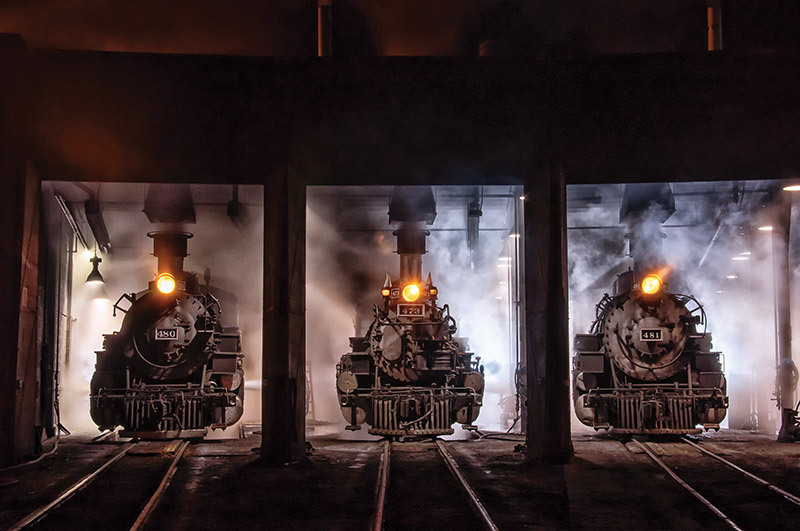 Under full heads of steam, three leviathans of the Durango & Silverton Narrow Gauge Railroad await their next call to service inside the roundhouse at Durango, Colo. The trio of Mikados includes a pair of K-36s bracketing a lighter K-28. 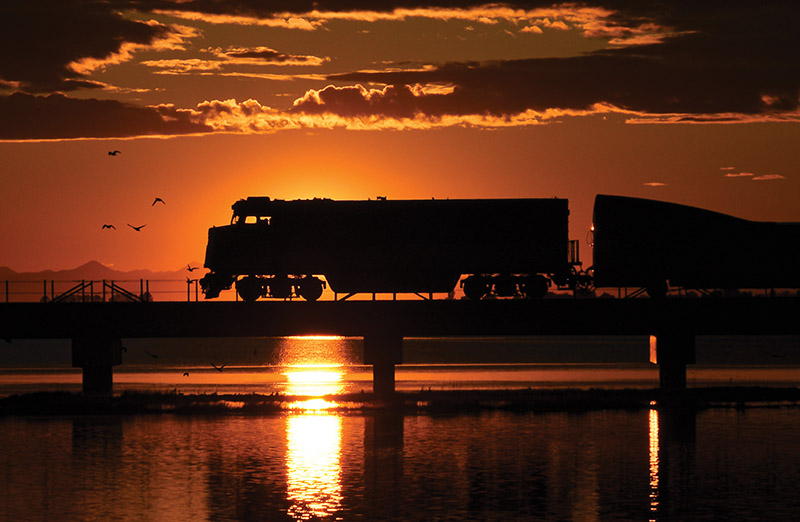 A southbound Amtrak Cascades train is silhouetted as it goes over Mud Bay Trestle, just north of the U.S.-Canada border, on September 28, 2019.