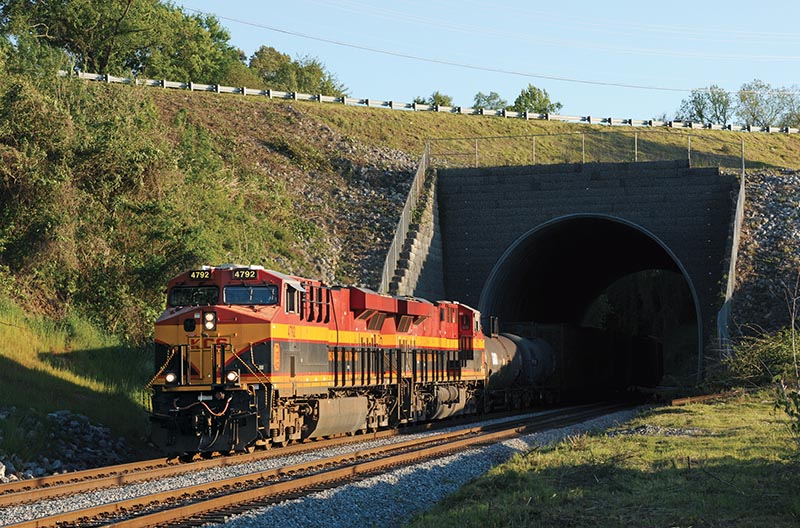 The executive director of one of the nation’s largest shipping groups said any Class I merger should be viewed with “healthy skepticism.” Photo by Kevin EuDaly.

CALGARY — In the week since Canadian Pacific and Kansas City Southern announced they would be merging, CP CEO Keith Creel has been engaging in a full-court press to convenience stakeholders that the first Class I merger in more than two decades is a good thing.

On Friday, he was interviewed on Bloomberg News — one of a number of television interviews he did last week that was promoted by CP — and said that he had seen a groundswell of support for the proposed Canadian Pacific Kansas City. The deal needs to be approved by the U.S. Surface Transportation Board, which is expected to be a year-long process.

But some stakeholders, like shippers and unions, are not throwing their support behind the deal — at least not yet. Last week, the executive director of the National Industrial Transportation League said the deal should be viewed with “healthy skepticism” based on past mergers, which at times upended the rail network, much to the dismay of shippers.

“Given the scale of the announcement of the merger between Canadian Pacific and Kansas City Southern and many details yet to be learned, it’s too early to take a position on the favorability of this merger to the rail shipping community,” said Executive Director Jennifer Hedrick. “While the National Industrial Transportation League and our members have outstanding relationships with both Canadian Pacific and Kansas City Southern — and are optimistic about this new venture — any merger in this industry and on this scale will be viewed with healthy skepticism based on prior history and experience of rail mergers.”

The stance is similar to the position taken by unions. The Brotherhood of Locomotive Engineers and Trainmen said they would closely monitor the situation and noted that the new railroad would have to negotiate new contracts with its unions prior to the merger.

“If and when notices are served to begin negotiations, we stand ready to protect the work rights, pay rules and benefits of all BLET members who may be impacted by this proposed merger,” President Dennis R. Pierce said.

Interestingly, the Brotherhood of Maintenance of Way Employes were a little warmer to the idea of a merger, noting that while the number of railroads would go from two to one, the amount of track needing to be maintained would likely stay the same.

“While this merger creates some fear and uncertainty, it also presents an opportunity,” said BMWED-IBT President Freddie Simpson. “This transaction has the potential to bring additional train traffic onto American freight railroad tracks, and those tracks should be constructed, inspected and maintained by BMWED-represented railroad workers. It also presents an opportunity to bring all of CP’s and KC’s subsidiary properties under a single collective bargaining agreement, with uniform work rules, benefits and rates of pay.”