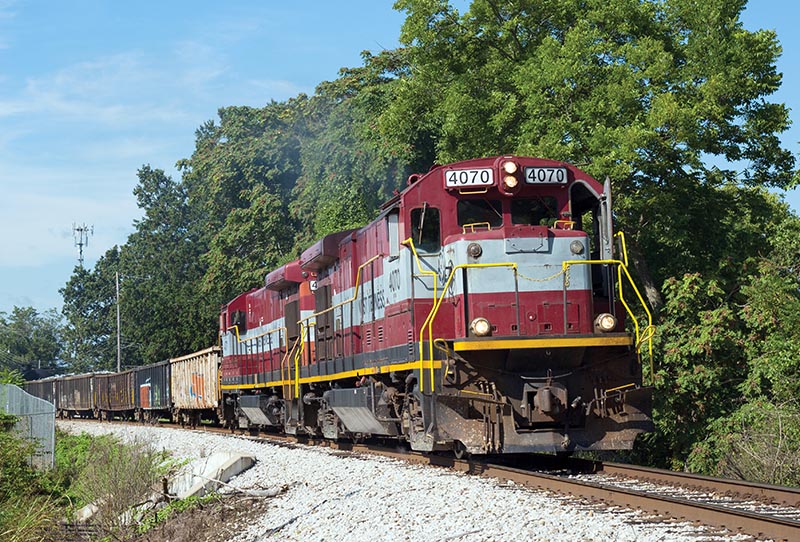 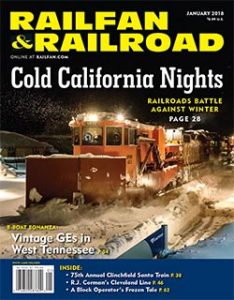 By Nikos Kavoori/photos by the author

It’s been a rough few years for fans of vintage General Electric locomotives. The southeastern U.S. was once home to several operators of GE Dash 7s and U-series diesels, but one by one they have fallen. The Georgia Central’s unique high-hood U23Bs were scrapped by new owner Genesee & Wyoming in 2015; Nashville & Eastern’s green-and-yellow U-boats were replaced by new Dash 8s; and in 2016, Transkentucky Transportation’s classy fleet of B36-7s fell, not to replacements, but to the complete shutdown of the railroad with the downturn in coal traffic. So it’s a sight for sore eyes to see four B23-7s cranked up and ready to go at the former Gulf, Mobile & Ohio Iselin Yard in the historic railroad town of Jackson, Tenn. The West Tennessee Railroad (WTNN) is the last stand for GE Dash 7s in the southeast.

Jackson was once a thriving railroad town, served at one time by GM&O, Illinois Central, and the Nashville, Chattanooga & St. Louis. The amount of traffic once warranted a joint union station operation. The GM&O had three lines out of Jackson; the first was once the former Mobile & Ohio’s mainline from Mobile to St. Louis, which reached Jackson from Mobile in 1851, and by 1882 connected Jackson to St. Louis. A predecessor to the Illinois Central reached Jackson from Fulton, Ky., in 1857; in 1905, the IC negotiated for trackage rights over the M&O to Corinth, where it constructed a new line to reach Birmingham, Ala. The final railroad to reach Jackson was the Gulf, Mobile & Northern, which arrived from the south in 1917, later extending to Dyersburg, Tenn. 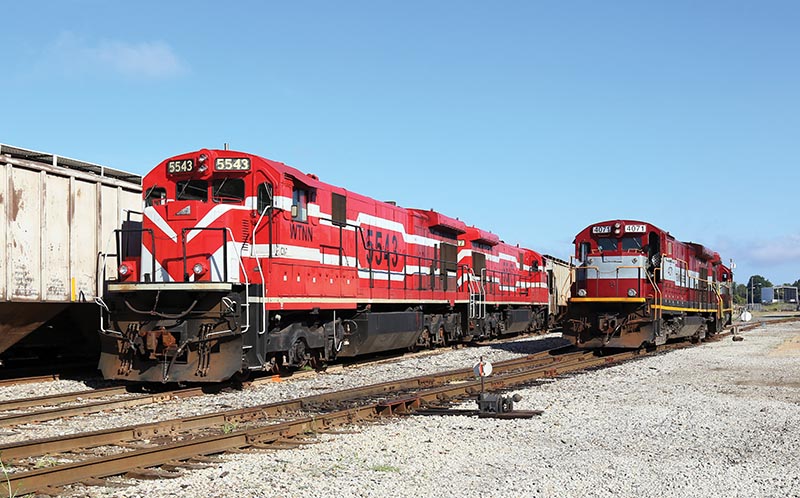 A pair of B23-7s depart West Tennessee’s engine servicing facility to work the Fulton Turn. The railroad’s two C30-7s stand to the side waiting to take a grain train south in the evening. The WTNN is one of the last holdouts for classic GE power from the 1970s.

The GM&N and the M&O merged to become the GM&O in 1938 in what many rail historians consider the beginning of the modern railroad merger movement; after the merger, Jackson became the junction between GM&O’s eastern and western mainlines, which both rejoined in Mobile. The GM&O in turn merged with the Illinois Central in 1972 to form the Illinois Central Gulf; unfortunately, this merger was the beginning of a long downward spiral for Jackson’s railroads, as the ICG quickly shed much of the former GM&O trackage with both mainlines through Jackson becoming isolated segments.

The West Tennessee was formed in 1984 to operate the former GM&O main from Jackson to Kenton, where the line had been severed by ICG. In 1988, the IC exited Jackson completely when it sold the former GM&O to Corinth and the IC to Fulton to Norfolk Southern, which planned to use it in conjunction with IC trackage rights in Centralia as a through route between Birmingham and St. Louis. Despite significant upgrades, including installation of ABS signaling, service problems on the IC led NS to discontinue use of the line as a through route, with the former IC from Corinth to Birmingham abandoned entirely and the rest downgraded to local traffic only.

In 2001, NS leased the line to the West Tennessee, which now operates the vast majority of trackage through Jackson. Norfolk Southern attempted to revive the route for through traffic in 2009 with the Mid-America corridor project, but once again delays on the IC rendered the route unviable. Even without through traffic, the line is thriving under WTNN ownership. 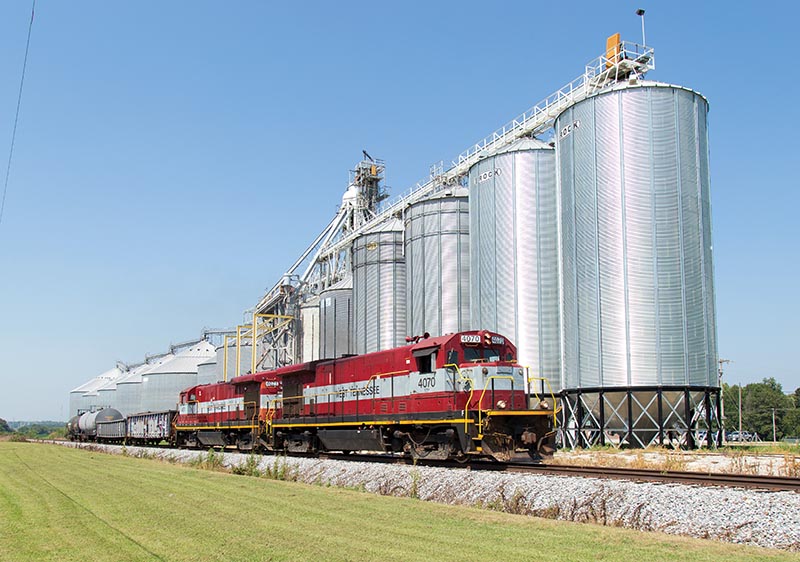 Motive Power
Throughout its existence the WTNN has had a roster of rare and unusual locomotives, with the interesting distinction of having locomotives from all three major builders. The line started out with a pair of former IC EMD GP28s, a rare model of which only 31 were produced, with IC being the largest owner. As traffic increased, the railroad picked up a group of RSD12s, mainly from the Lake Superior & Ishpeming, which had retired its Alco fleet in favor of ex-Burlington Northern U30Cs. WTNN added to its Alco roster with three ex-Canadian National MLW M420Ws.

The railroad added a third builder to the roster with the purchase of a group of former Conrail B23-7s recently retired by NS after the Conrail split. In addition, two more GE four-axles of CSX and Southern Pacific heritage were acquired in the same time frame. The newly acquired GEs spelled the end for the RSD12s (for the second time in their career), and all three were off the roster by 2006 with one going to the Arkansas Railroad Museum.

The line got a new set of big units with the acquisition of two former BN C30-7s in 2003. The railroad’s latest purchase is two former BNSF B40-8Ws in 2010; these locomotives came off lease and found their way to many GE-powered shortlines including the Nashville & Eastern and Providence & Worcester…

Read the rest of this story in the January 2018 issue of Railfan & Railroad!