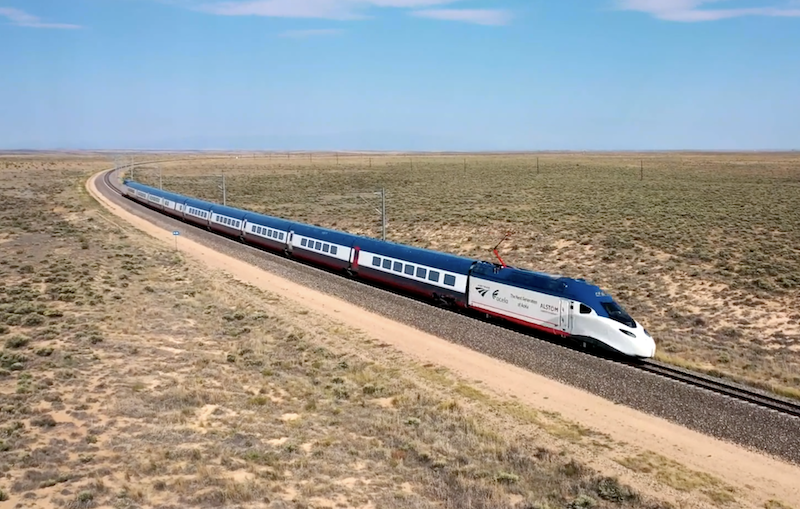 Amtrak is testing the new Acela in Colorado. Photo Courtesy of Amtrak.

PUEBLO, Colo. — Amtrak’s next-generation Acela trainset that is expected to enter revenue service on the Northeast Corridor next year is continuing to be put to the test at the Transportation Technology Center in Colorado.

Earlier this year, the new Acela hit 165 mph in similar tests in Colorado. While the new train can leave the old Acela in the dust, it will most likely only hit 160 mph when it finally enters service.

According to Amtrak, it has traveled more than 30,000 miles on the TTCI test track this year and gone around the test loop thousands of times. Testing is expected to continue into 2021 before the train returns to the Alstom facility in Hornell, N.Y. to have its interior finished. Other Acela trainsets have already been tested on the Northeast Corridor.

Amtrak has ordered 28 of the nine-car sets, which are expected to enter revenue service between Boston to Washington next year, according to Amtrak. All sets should be in service by 2022.