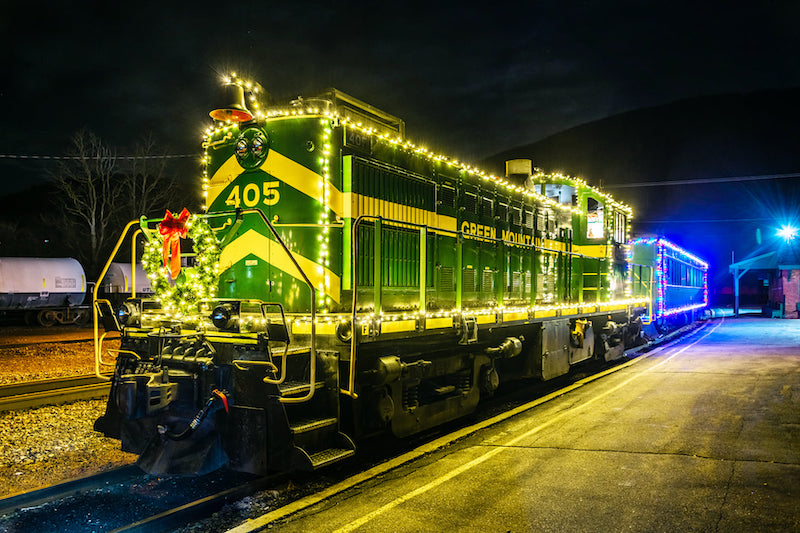 BELLOWS FALLS, Vt. — The Vermont Rail System is spreading some holiday cheer this week. The railroad has put holiday lights on Green Mountain RS-1 405 and put it on display in Bellows Falls, Vt. On Monday, the locomotive and an equally bright business car will be moved to Chester, where it will stay on display until Wednesday. On Wednesday evening, the train will move from Chester to Rutland, making stops at some iconic Green Mountain locations, including the tall bridge at Ludlow.

Railroad officials say there were be additional display dates announced in Rutland and other communities the railroad serves. Keep an eye on the Vermont Rail System Facebook page for more details.

The train will only be on display and the railroad is not offering rides on the moves between display sites. The train may be required to move in daylight or after dark to reach its next display location. The railroad said it will do its best to update people on its Facebook page. 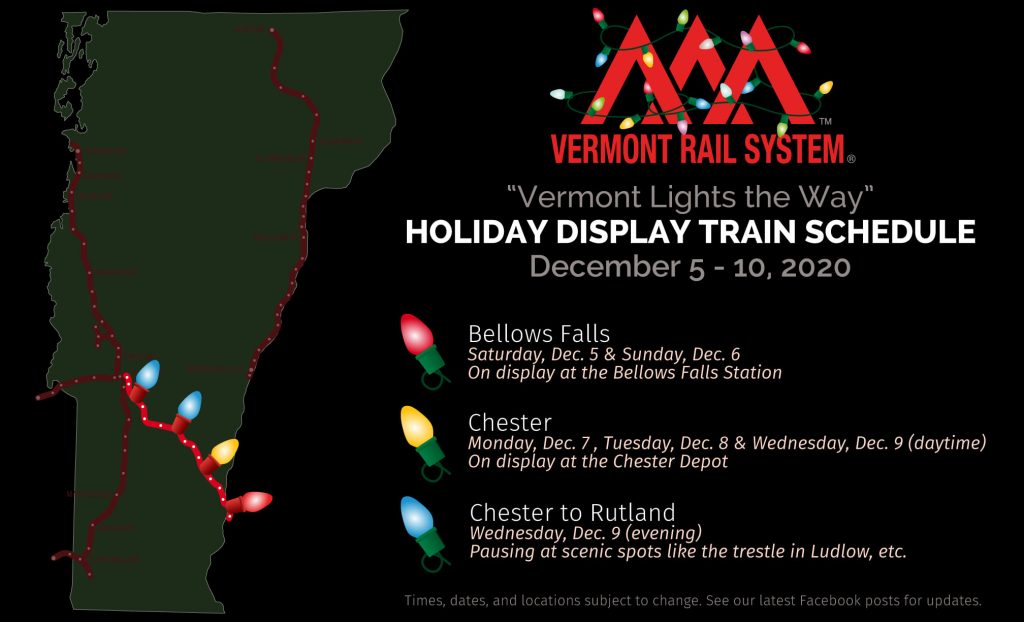 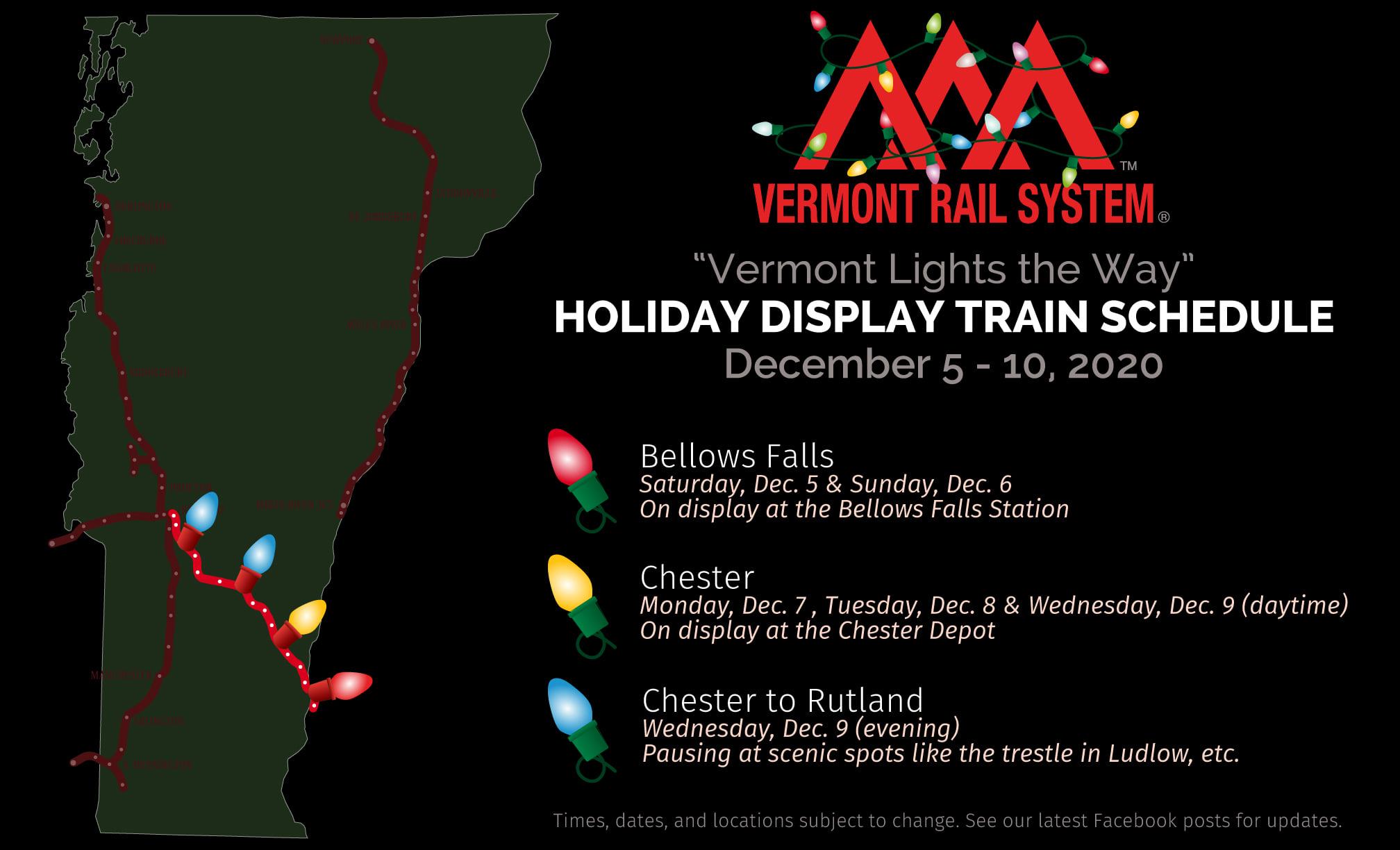