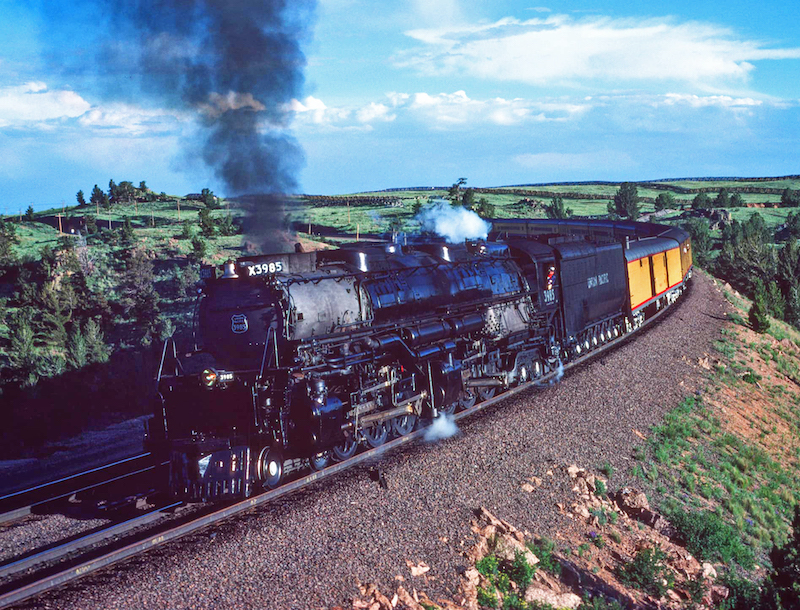 Union Pacific 4-6-6-4 3985 and 2-10-2 511, along with two diesels and some passenger cars, have been donated to the non-profit Railroading Heritage of Midwest America. The group says both steam locomotives will run again. UP 3985 is seen in Wyoming in the 1980s. Photo by Jim Boyd.

SILVIS, Ill. — Union Pacific has agreed to donate more than a dozen pieces of historic railroad equipment — including one of the world’s largest steam locomotives to run in the preservation era and a rare 2-10-2 that hasn’t run in decades — to the non-profit Railroading Heritage of Midwest America.

Officials with Railroading Heritage of Midwest America, which also owns Milwaukee Road 4-8-4 261 and recently acquired the former Chicago, Rock Island & Pacific Railroad shop complex in Silvis, Ill., said it plans to restore both steam locomotives, 4-6-6-4 ‘Challenger’ 3985 and 2-10-2 5511, to operating condition. The Challenger will be restored first and 5511 will follow.

“Our dream, of course, is to see this equipment operate,” said Steve Sandberg, president and chief operating officer of the non-profit. 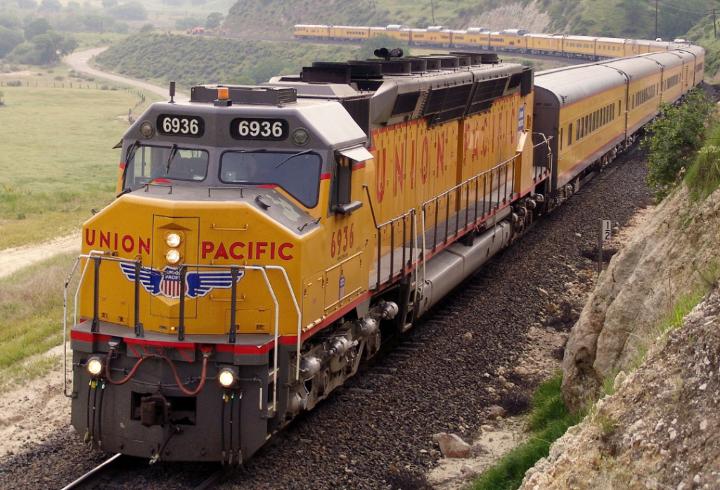 Union Pacific DDA40X “Centennial” 6936 is among the dozen pieces of equipment that will be moved to Iowa. —Photo Courtesy of Union Pacific.

Besides the steam locomotives, the equipment being donated to Railroading Heritage of Midwest America includes the last operational DDA40X “Centennial” 6936; an un-restored E9B; four coaches and a diner lounge from the 1950s; a baggage car; a caboose; and two historic business cars, “Selma,” which was previously Western Pacific’s “Feather River,” and “Stanford,” a former Southern Pacific car built in 1928. The group plans to repaint the business cars into their historic WP and SP liveries and offer them for charters on Amtrak and private trips. Most of the remaining cars will be repainted in Milwaukee Road colors, like the rest of its passenger fleet.

All of the equipment will be moved to the Silvis shops later this year. Railroading Heritage of Midwest America plans on turning that massive 400,000-square-foot building into the largest historic railroad equipment restoration facility in the country.

“Railroading Heritage of Midwest America is honored that UP entrusted us with its historic equipment,” Sandberg said. “We restored Milwaukee Road 261 and operated it and a fleet of historic passenger cars for three decades, so we have a proven record, as UP recognized. This donation will be a win-win-win for UP, RRHMA, and the public, which will gain access to equipment that has not operated in recent years.” 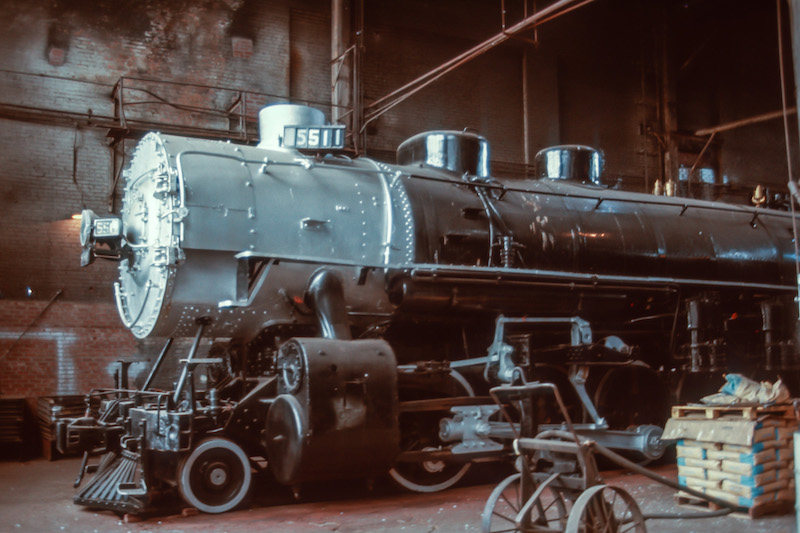 Once restored, the locomotives and other equipment will be put on display at Silvis when they’re not out running. Sandberg said the group will be talking with short line and regional railroads in the area about operational opportunities. The Silvis shop complex is served by BNSF Railway, Canadian Pacific Railway and, perhaps most importantly, Iowa Interstate Railroad. Iowa Interstate is owned by Railroad Development Corporation, which has been particularly friendly to main line steam operations in recent years and even owns two Chinese-built 2-10-2 locomotives. 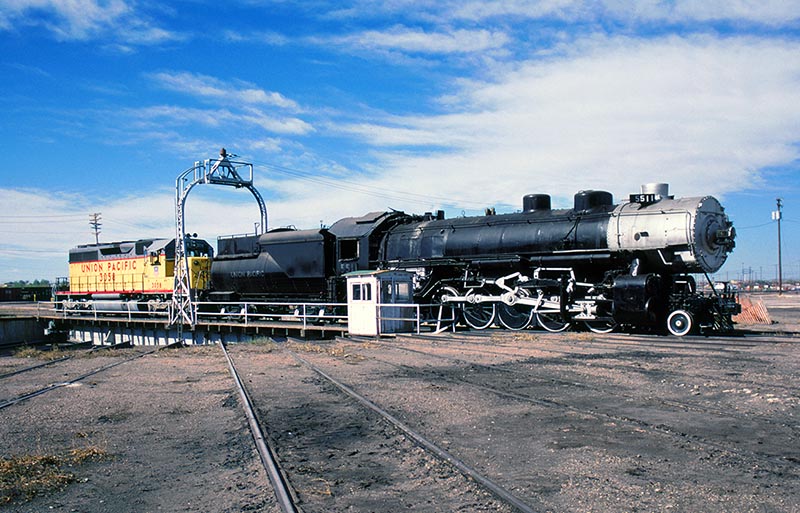 Major donors have already lined up with significant financial support for the project. John J. Gray, a former UP executive, has established the “UP in Smoke Foundation” to fund the historic preservation of UP steam locomotives. The public can also donate via RRHMA.com.

“The RRHMA is a wonderful home for this historic equipment,” said Ed Dickens, steam locomotive engineer and Steam Program manager. “Railfans will look forward to seeing UP 3985 and UP 5511 return to the rails, as well as enjoy the opportunity to experience the various cars being donated.”