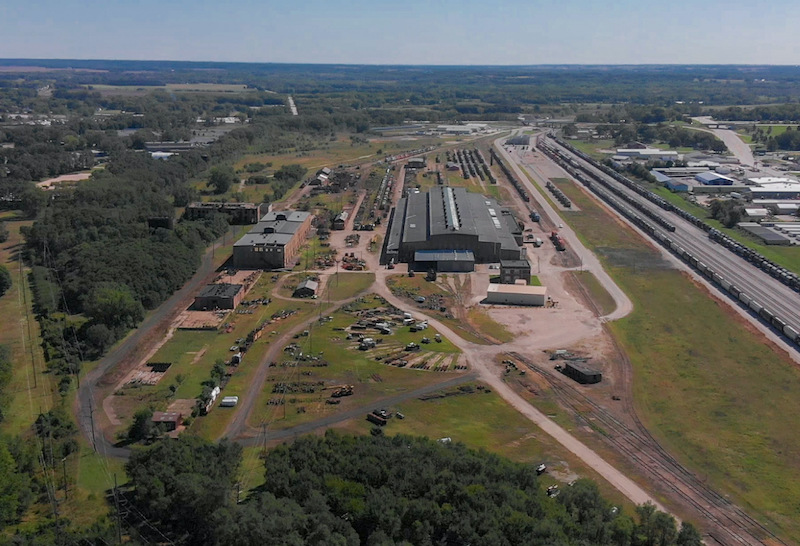 Railroading Heritage of Midwest America says Silvis, Ill., shops will be the largest historic railroad restoration facility in the country.

SILVIS, Ill. — Railroading Heritage of Midwest America, the non-profit that owns and operates Milwaukee Road 4-8-4 261, has acquired the former Chicago, Rock Island & Pacific Railroad shop complex in Silvis, Ill., and plans on turning it into the largest historic railroad equipment restoration facility in the country.

The facility, which most recently was home to National Railway Equipment, includes a 400,000-square-foot main shop building with multiple overhead cranes. The complex also includes a wheel shop, warehouse space, a locomotive wheel drop table, and several other smaller shop buildings. The purchase price of the facility was not disclosed in Monday’s announcement.

“This takes our organization to a whole new level,” said Steve Sandberg, president and chief operating officer of the Friends of the 261, a subsidiary of Railroading Heritage of Midwest America. “We are excited about the possibilities. I believe this is one of the boldest moves for historic and railroad preservation in recent history.”

Sandberg added that there are no plans to move MILW 261, which was restored in the early 1990s and is currently based in Minneapolis, to the facility in Illinois. However, the locomotive could visit the area to lead excursions in the future. The Silvis shop complex is served by BNSF Railway, Canadian Pacific Railway and, perhaps most importantly, Iowa Interstate Railroad. Iowa Interstate is owned by Railroad Development Corporation, which has been particularly friendly to main line steam operations in recent years and even owns two Chinese-built 2-10-2 locomotives.

Under the purchase agreement, a portion of the shop will be leased back to NRE over the next five years, which will help generate revenue to help offset the cost of the acquisition. NRE was established in the 1980s and went on to become the world’s largest independent supplier of leased locomotives. NRE ceased most of its activity at Silvis in 2021 to consolidate operations in ​​Mt. Vernon, Ill. and Paducah, Ky.

Railroading Heritage of Midwest America also hopes to eventually establish a museum on the Silvis site. Officials said that some of its equipment, including an E9 locomotive and some passenger cars, would eventually be moved there.

“The Silvis Shops are a significant part of America’s industrial history, and it is our aspiration that it will serve as a platform for historic preservation supported by commercial opportunities and future public events,” Sandberg said. “Once completed, this will be the largest historic restoration facility in the United States, which we think will be a major attraction for the area. The facility is currently not open to the public, but we hope to change that in the future.”

For more information visit the Friends of the 261 website.