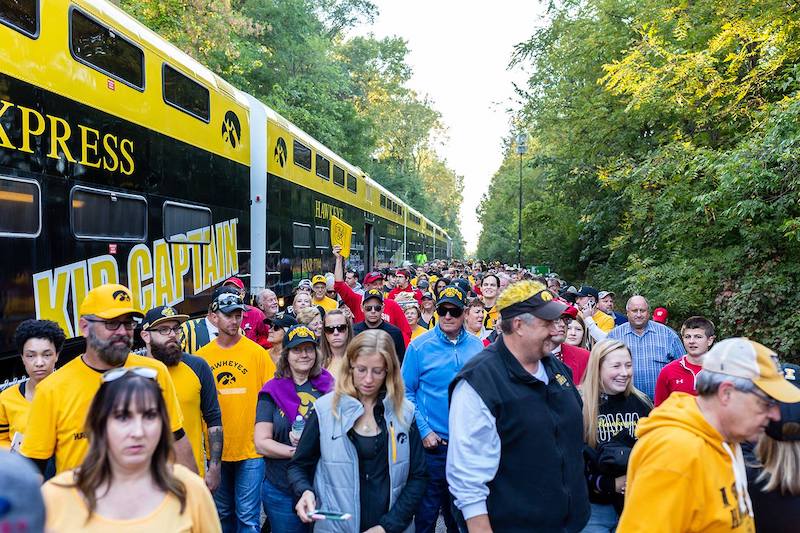 “Hawkeye Express” game day football specials to the University of Iowa will not run this fall. Courtesy Photo.

IOWA CITY, Iowa — The “Hawkeye Express” game day football specials to the University of Iowa will not run this fall, the school’s athletics department announced. School officials cited the need for social distancing during the pandemic and necessary equipment upgrades as the reasons for ending the service after 15 years.

“The Hawkeye Express has been a wonderful part of our Hawkeye football gameday experience,” Matt Henderson, UI senior associate athletics director said in a statement. “While it was a difficult decision to make, we all agree it is the right decision.”

The train was operated by Iowa Northern Railway from a parking area in Coralville to Kinnick Stadium, a distance of about three miles, over tracks owned by Iowa Interstate. Leased Ski Train equipment was used for the first couple of seasons. Eventually, the Hawkeye Express was comprised of six Pullman Standard bi-level commuter cars formerly used by Chicago’s Metra and ex-Amtrak F40 locomotives. The cars were painted in the school’s colors.

On an average game day, about 3,700 fans used the service, which started in 2004. Those fans will now need to park at the stadium.