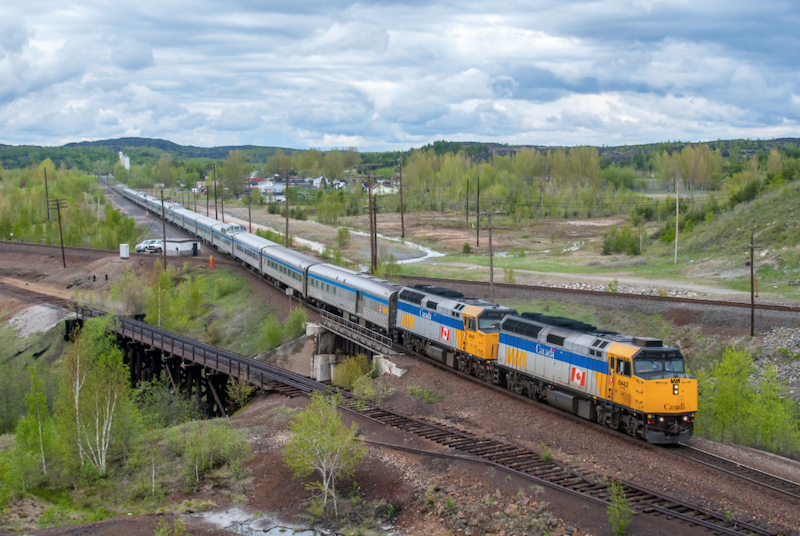 Approximately 2,400 railroaders could walk off the job on Monday. The possible strike comes as relations between unions and management sour across North America. Photo by Steve Barry.

MONTREAL — Some 2,400 railroaders could walk off the job at VIA Rail at 12:01 a.m. Monday in the latest instance of strife between labor and railroad management in North America.

On July 7, Unifor Council 4000 and Local 100 issued a 72-hour strike notice against the passenger carrier after it said contract negotiations between the two were stalled. The union represents more than 2,000 maintenance workers, on-board service personnel, chefs, sales agents and customer service staff at VIA Rail.

VIA Rail officials have said all service will come to a halt if a new contract isn’t agreed to before Monday morning.

“VIA Rail has made every effort to reach an agreement with Unifor. We continue to talk with the union and remain committed to negotiating a fair and reasonable contract,” said Martin R Landry, President and Chief Executive Officer. “Unfortunately, if no agreement is reached, VIA Rail will be forced to suspend all services for the duration of the strike and until normal operations can safely resume.”

The possible strike at VIA Rail comes as labor relations at railroads across North America continue to sour. In June, Canadian National signal and communications workers went on strike for two weeks over benefits and wage increases. The strike ended when both the railroad and union agreed to binding arbitration.

Meanwhile, in the United States, talks between the nation’s leading rail unions and six Class I railroads have broken down, setting the stage for a potential nationwide strike this fall. On July 1, a coalition of rail shippers sent a letter to President Joe Biden urging him to establish a Presidential Emergency Board to help both sides reach a contract agreement. The president has a week to decide if he will appoint such a board.