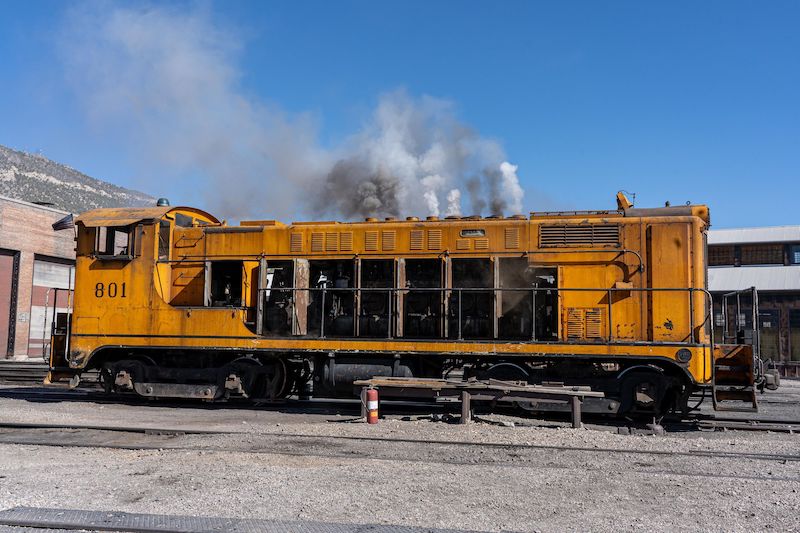 Kennecott VO-1000 801 was fired up for the first time in nearly four decades on July 1. Photo by Max Harris.

EAST ELY, Nev. — Having an operating Baldwin steam locomotive wasn’t good enough for the Nevada Northern Railway, they needed an operating Baldwin diesel to go with it and on July 1, they got just that. This month, Kennecott VO-1000 801 was fired up for the first time in 39 years and it will soon join the museum’s fleet of historic locomotives in excursion service.

The Nevada Northern launched its effort to restore the Baldwin last year when it put Baldwin 2-8-0 81 back in service after decades of display and storage. The diesel was built by the locomotive manufacturer in 1942 for Utah’s Bingham & Garfield Railway, which was controlled by NNRy’s parent company, Kennecott Copper. It was later transferred to operations in New Mexico and Nevada and worked until 1983. It was then donated to the museum. It had sat out-of-service in the shop ever since. The railroad’s management said earlier this year that would like to have two examples of Baldwin locomotives, a steam engine and a diesel, to tell the complete story of the transition from steam to diesel. 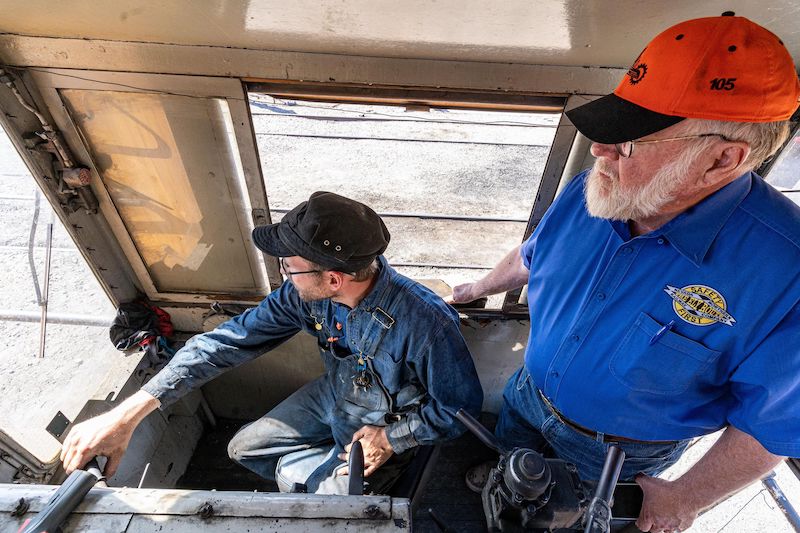 Trainmaster and Archivist Con Trumbull has his hand on the throttle of Kennecott 801 as Executive Director Mark Bassett looks on. Photo by Max Harris.

The railroad said that Kennecott took good care of the locomotive when it was donated and the exhaust stacks were capped, water drained and other steps taken to protect it from the elements. That made the restoration pretty straightforward but the biggest hurdle was finding new batteries for the locomotive. Those finally arrived earlier this summer and show forces quickly installed them. On July 1, the locomotive was fired up and ran around the yard. Con Trumbull, trainmaster and archivist, says the museum plans to use the Baldwin in excursion service in the future.

While NNRy is known for its fleet of steam locomotives, it’s starting to build a notable fleet of diesels as well. Last year, it moved RSD-4 201 from Washington State back to Nevada and it hopes to move SD7 401 from Utah this year. Locomotive 401 currently wears the railroad’s unique red and yellow scheme called “Desert Warbonnet.” RS-2 105, RS-3 109 and SD9 204 are all presently in service in East Ely.