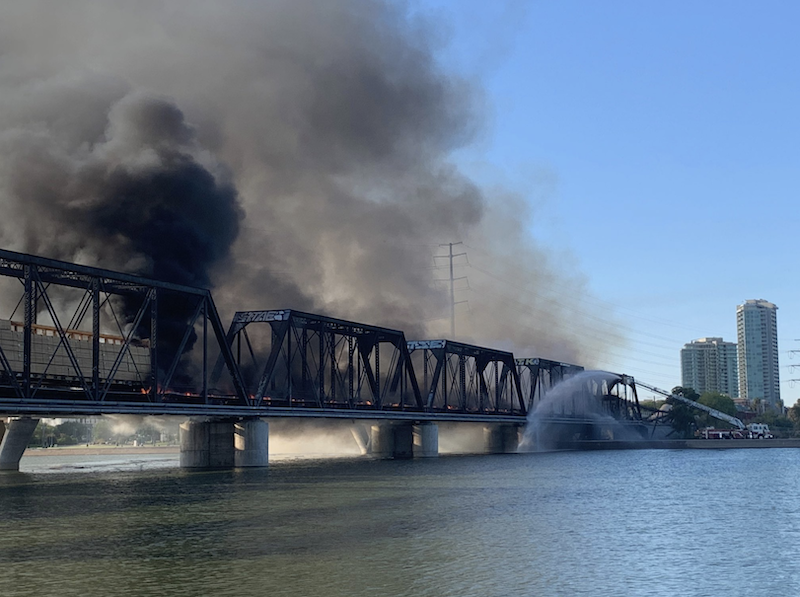 TEMPE, Ariz. — A Union Pacific train derailed near Phonix early Wednesday resulting in a partial bridge collapse and fire that has closed its route into the city. Local law enforcement says that there are no known injuries at this time.

According to the Arizona Republic, the derailment occurred as a manifest freight train was crossing a century-old bridge over Tempe Town Lake. Footage of the blaze shows multiple cars of lumber on fire and at least one collapsed bridge span. Multiple roads have been closed because of the derailment and smoke is forcing flights to be diverted at nearby Phoenix Sky Harbor International Airport. The incident was first reported at 6 a.m. local time.

This story will be updated as more information becomes available. 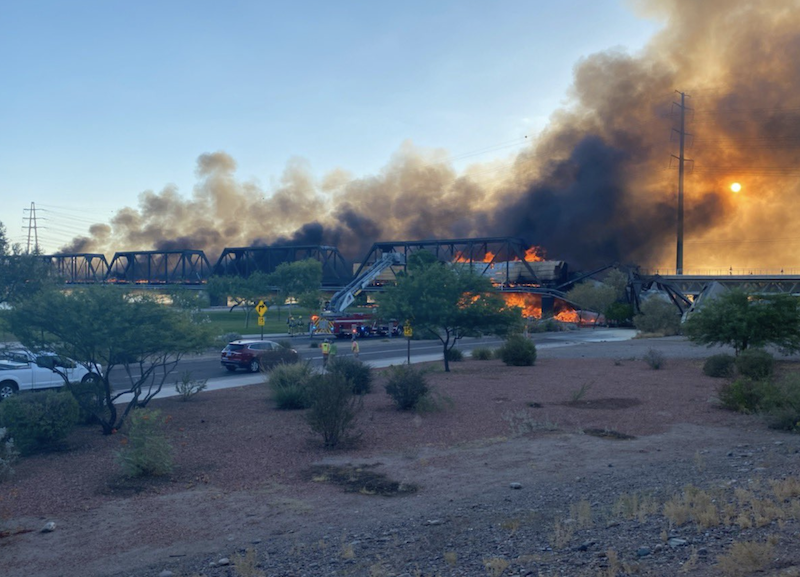