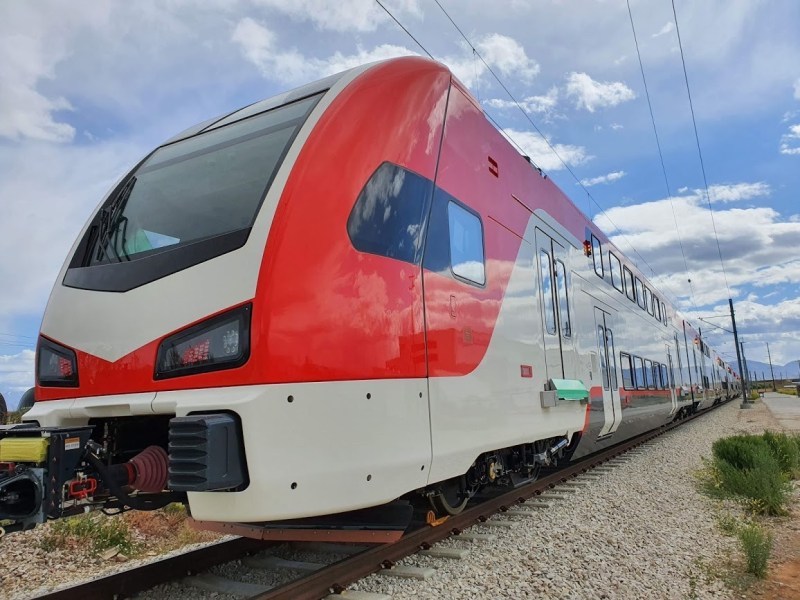 One of Caltrain’s new EMU trainsets. Photo Courtesy of CalTrain.

SAN FRANCISCO — The first electric multiple unit trainset for Caltrain has been completed in Utah, the California commuter rail agency announced this week. The agency shared images of the EMU online and said that it will be heading to Pueblo, Colo. for testing before coming to California sometime next year.

The $1.9 billion electrification and modification of Caltrain’s route along the San Francisco Peninsula are expected to be completed in 2022. The electrification will displace much of Caltrain’s fleet of F40 locomotives. The new EMU that was recently completed at Stadler Rail is now being tested on a short stretch of track. The trainset is already painted in Caltrain red and white.

While the electrification project is moving forward, Caltrain’s immediate future is uncertain due to a funding shortfall stemming from the pandemic. The three counties the agency operates in are struggling to figure out how to cover the railroad’s budgetary shortfall and some are worried it will have to shut down.