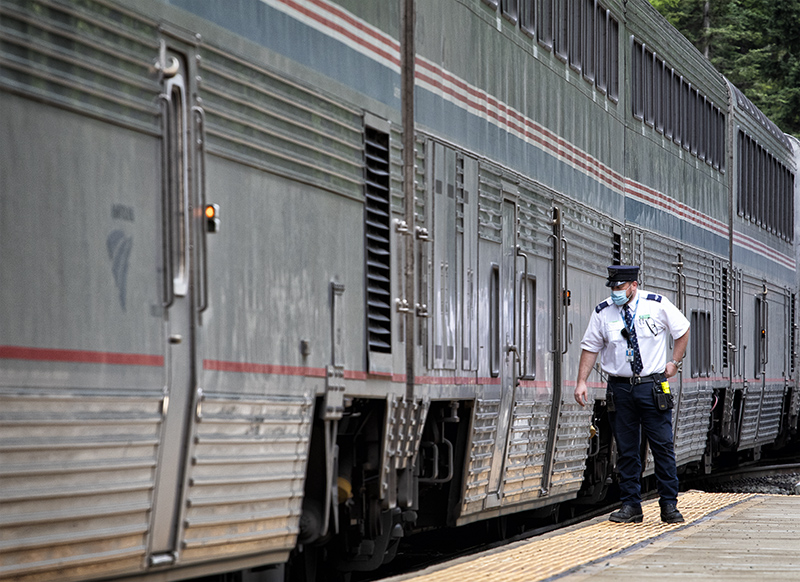 Amtrak workers have seen assaults rise by 25 percent over a period when ridership dropped 60 percent. Photo by Justin Franz.

WASHINGTON — The president of one of the country’s largest transportation workers unions is sounding the alarm on a concerning increase in assaults on transit workers from coast to coast.

On Tuesday, November 16, Transport Workers Union President John Samuelsen testified before the U.S. House of Representatives Committee on Homeland Security about the increasing risk of workplace assault that frontline transportation workers are facing.

“Across airlines, transit, and railroads, frontline workers overwhelmingly believe that the number one security threat in our transport systems today is physical assault in the performance of their duties,” Samuelsen said.

The FAA has reported more than 5,000 unruly passenger incidents this year, a 2,000 percent increase. While these assaults have received the most media attention, assaults against transit and rail workers are also on the rise. In New York City alone, there have been at least 2,000 assaults on transit workers this year. Amtrak workers have seen assaults rise by 25 percent over a period when ridership dropped 60 percent.

“We are seeing a ‘full moon atmosphere’ across all our transport systems, where angry and frustrated passengers feel entitled to assault workers just because they are the face of the companies they work for. There are many factors contributing to this atmosphere and none of them have been created by the workers who are in harm’s way,” Samuelsen said. “Combating assaults on transport workers requires a holistic approach involving federal and local authorities, as well as transportation employers.”

Observers have said that mask mandates that have been enacted on all forms of transportation are one of the reasons for the ongoing conflicts. But Samuelsen said another reason is staffing shortages.