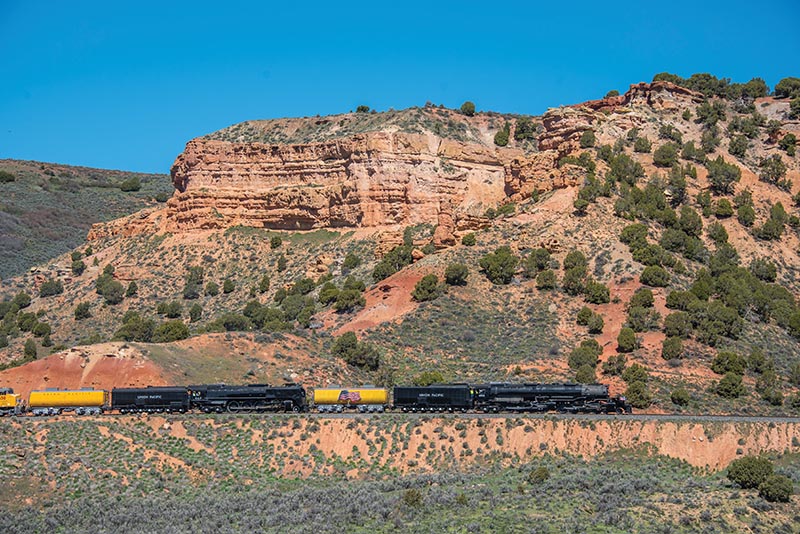 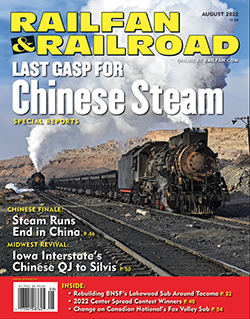 When we look back on the history of railroads, it sometimes seems like there’s a set of nice categories. There was the early antebellum period before the Civil War, where there was little standardization. Each locomotive was essentially a one-off — some imported from England — sometimes resulting in wildly different appearances between each one.

This was followed by the post-Civil War period of westward expansion and the creation of so-called “transcontinental” railways, and a move toward more standardization. The “Golden Age,” beginning in the 1890s and lasting three or four decades, is when railroads were unchallenged in their dominance of land-based transportation. This led to the mid-20th century transition to diesel and the end of the “age of steam.” Deindustrialization and industry decline followed, with a resurgence at the end of the 20th century with the era of supermergers. It’s all so tidy and orderly, one era following the other like so many freight cars passing at a crossing.

Let’s go back to the “age of steam.” The term seems neat, calling to mind a railroad landscape that hisses and seethes in billows of vapor and occasional smoke. But when is it, exactly? Does it mean that part of the railway past when locomotives operated only on steam power? In that case, it ended in 1870, when the first “fireless” locomotive (in this case, powered by ammonia) was operated in New Orleans. Or does it mean the time when steam locomotives were the most powerful? In that case, it may have ended in 1919, when General Electric staged a tug-of-war between a Milwaukee Road EP-2 “bipolar” electric locomotive and not one but two New York Central steam locomotives. As Scientific American reported, it took only a few minutes before the two steamers were shoved backward, “a conclusive test of power between steam and electricity.” Game over, steam.

For most railfans, the “age of steam” tends to mean the time when it was possible to see steam in regular service on major railways. The end of this era is typically marked on May 7, 1960, when Norfolk & Western let the fires go out in a steam locomotive for the last time. Yet, several short lines and industrial railways continued to operate steam well into the 1960s. To the south, Nacionales de México operated steam until 1965. In India, there were still more than 2,000 steam locomotives in service as late as 1990, with regular main line steam not ending until 1995. And in this issue, we see the final days of main line steam in China, but also the revival of a large Chinese-built 2-10-2 QJ heading from its longtime base on the Iowa Interstate to the new Railroading Heritage of Midwest America backshop in Silvis, Ill. (page 50).

None of this counts the continuation of steam in tourist and heritage operations. Companies such as Western Pacific, Burlington, and Reading operated steam excursions throughout the 1960s, while N&W restored and returned to service 4-8-4 611 and 2-6-6-4 1218 in the 1980s. Union Pacific’s 4-8-4 844, for that matter, has never officially been retired from the company roster, and in 2019, the company famously restored Big Boy 4014, the largest operating steam locomotive in the world. Now Santa Fe 4-8-4 2926 is getting ready to steam up in New Mexico, perhaps to join sister 3751 someday? Reading & Northern has brought back 4-8-4 2012 to active service on home rails, while Western Maryland Scenic is putting Chesapeake & Ohio 2-6-6-2 1309 to work each weekend. Don’t forget the Pennsylvania Railroad T-1 Trust is building a new duplex-drive 4-4-4-4 from scratch.

This story appeared in the August 2022 issue of Railfan & Railroad. Subscribe Today!