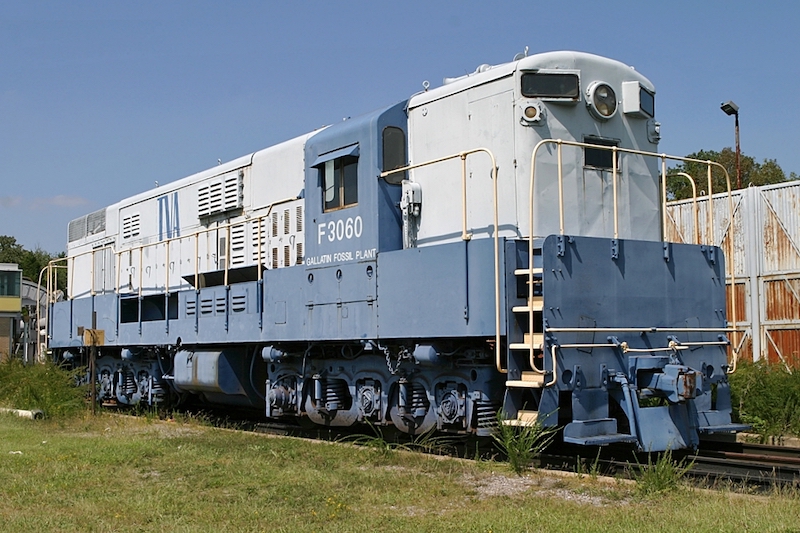 The Tennessee Valley Authority used the H16-66 Trainmaster to move coal until it was retired in 1997. Photo Courtesy of TVRM.

​​“TVRM is honored that TVA would place this locomotive in our collection for future display and possible operation” said museum President Tim Andrews.  “TVRM’s mission is to educate the public on the role of railroads in developing the Tennessee Valley region and what better example than this locomotive to showcase the intertwined efforts of the railroads and the supply of electricity by TVA in powering our economy.”

The unit is one of only nine Fairbanks-Morse locomotives preserved today. Fairbanks-Morse entered the diesel locomotive market at the end of World War II planning to capitalize on the unique opposed piston engine used on many submarines and other naval vessels during the war. Featuring two pistons in each cylinder the engine produced more horsepower per cylinder than other diesel engines of the time. This unique design also led to its downfall as the engine did not hold up in the harsh railroad operating environment and required dedicated maintenance facilities to make repairs. TVA F3060 was one of the last locomotives they delivered to any railroad, as they exited the locomotive market by 1963 having produced less than 1,500 units.

TVA F3060 will be moved via truck in the coming weeks. It is hoped to have the locomotive on display in Chattanooga by October.