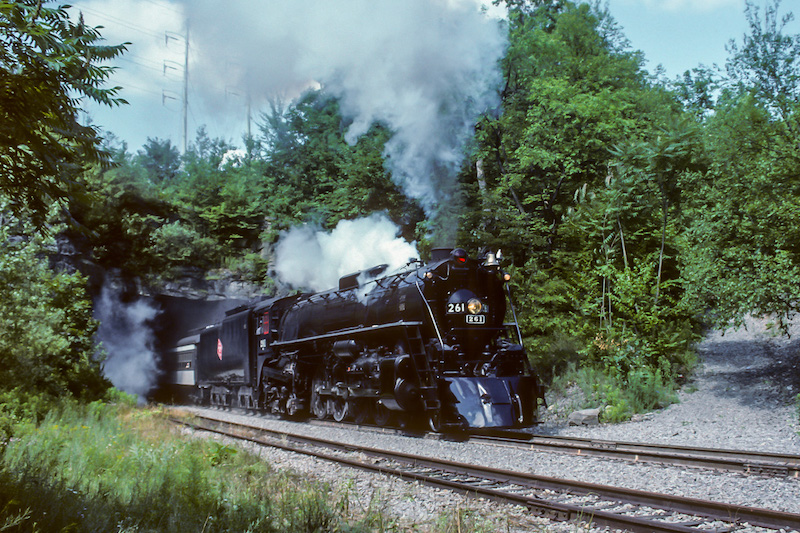 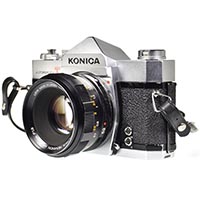 Twenty-five years ago this summer, Steamtown National Historic Site opened its doors for a grand opening to celebrate the completion of a multi-million dollar museum on the site of the former Delaware, Lackawanna & Western rail yards in Scranton, Pa. As part of the celebration, a collection of visiting equipment, including four different steam locomotives, came to Scranton. Among them were Lowville & Beaver River Railroad Shay 8, Reading & Northern 4-6-2 425 and New York, Susquehanna and Western 2-8-2 142. But the star of the show may have been the recently-restored Milwaukee Road 4-8-4 261, which spent much of 1995 and part of 1996 at Steamtown. Joining the visiting locomotives were Steamtown’s own steamers: Baldwin Locomotive Works 0-6-0 26, Canadian National 2-8-2 3254 and Canadian Pacific 4-6-2 2317. For much of the July 4 weekend, excursions were run between Scranton and Moscow utilizing all of available main line steam locomotives. The result was an unforgettable weekend of main line steam action in the Pocono Mountains.

As the 25th-anniversary approaches, join Railfan & Railroad Editor Steve Barry for a look back at these exciting times. 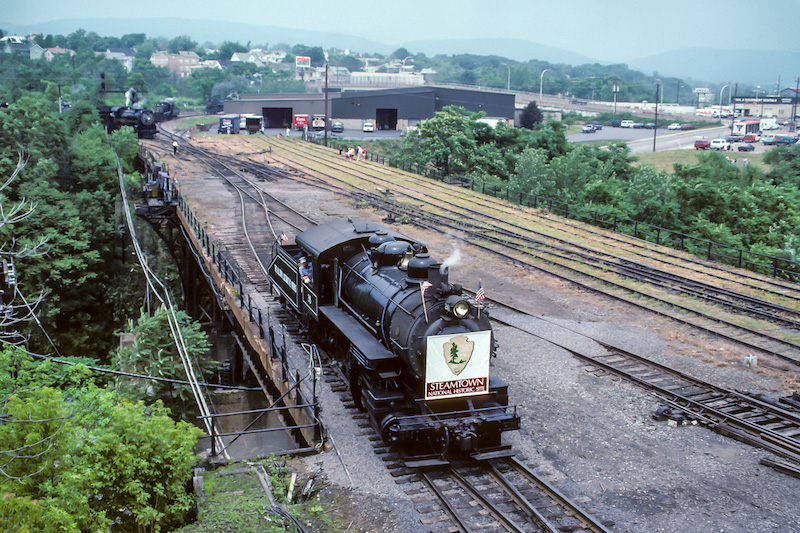 A Parade of Steam

To kick off festivities on July 1, a parade of steam was run through the Scranton yards. Leading off the show was Baldwin Locomotive Works 0-6-0 26, built in March 1929. Canadian Pacific 4-6-2 2317 can be seen in the distance. 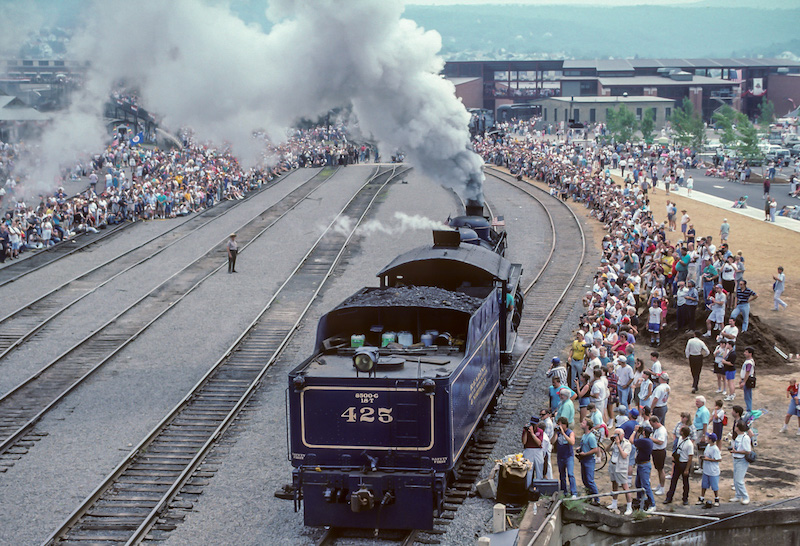 Stars of the Show

Thousands of people lined the tracks to see the parade of steam. Reading & Northern 425 — built for the Gulf, Mobile & Northern in 1928 — is seen approaching the crowds from Bridge 60. 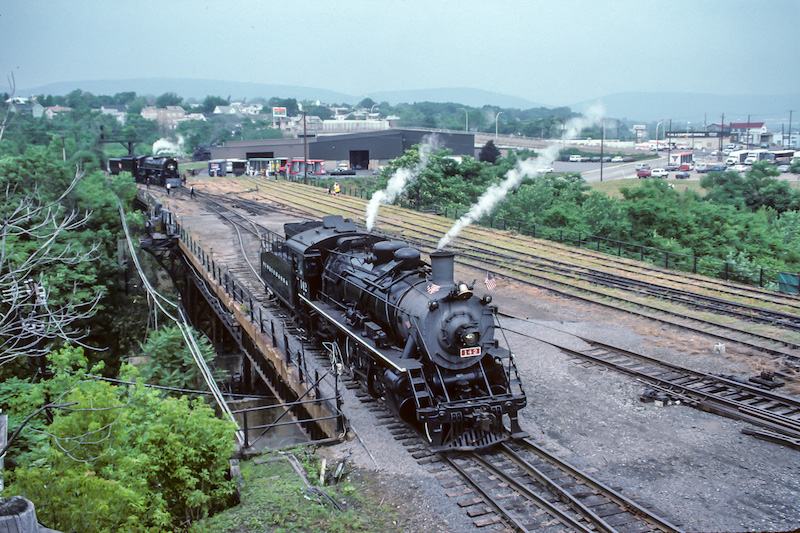 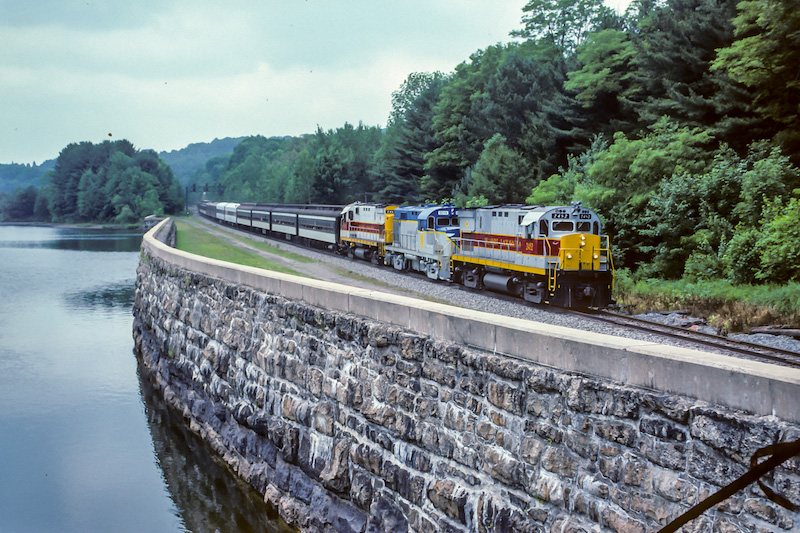 Milwaukee Road 4-8-4 261 was not the only Alco in town. The Delaware-Lackawanna showed off its fleet of Alcos as well, including on the point a National Railroad Historical Society convention excursion. Two former Erie Lackawanna Alcos sandwich at Delaware & Hudson locomotive at Elmhurst Reservoir. 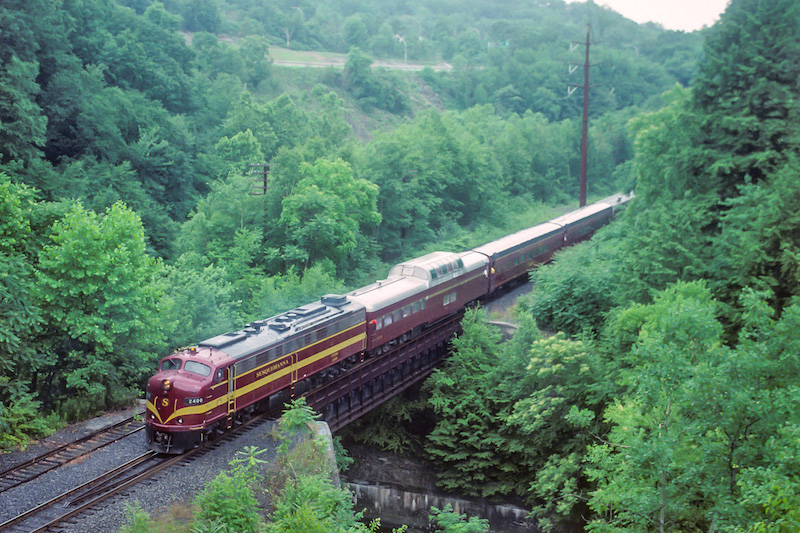 Besides the 142, the NYS&W also brought one of its classic cab units as well, in this case, an ex-Burlington Northern E9. At the time, the short line owned two E units. The locomotive is seen hear near Nay Aug Park in Scranton. 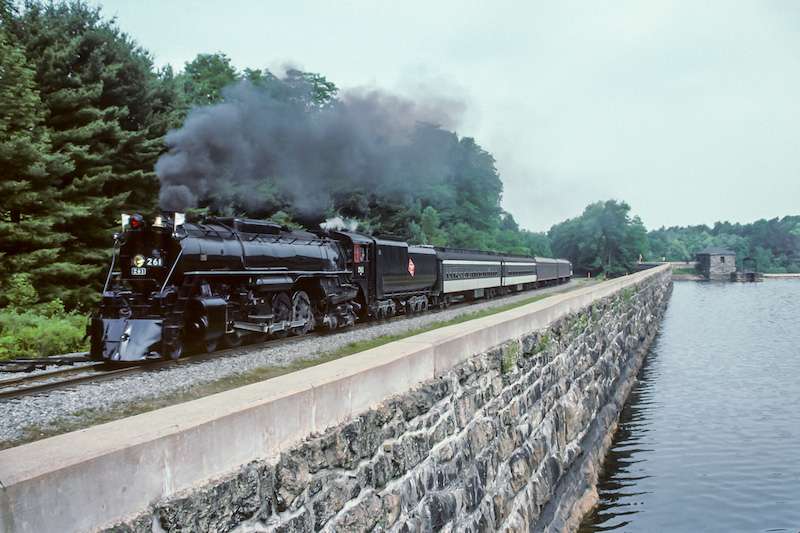 While E-units and Alcos are fun, the center stage belonged to the five main line steam locomotives that stormed up and down Pocono main line for four straight days. Here Milwaukee Road 261 passes the Elmhurst Reservoir on its way to Moscow. 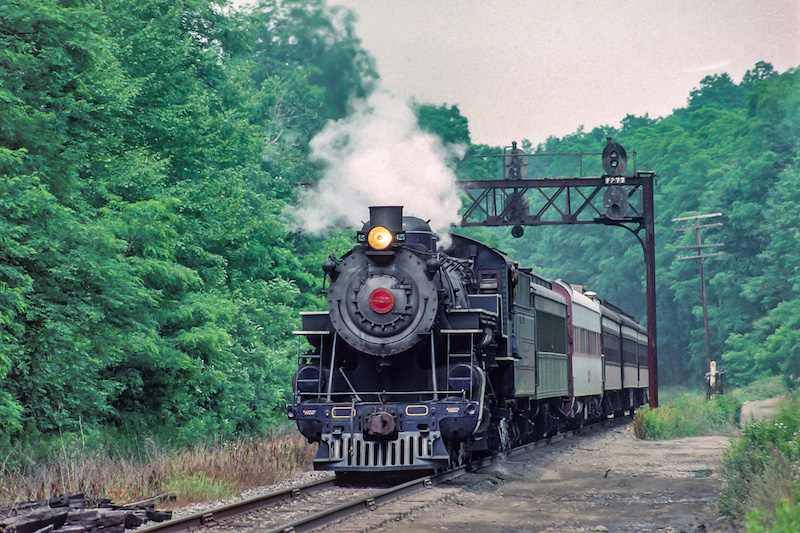 Steam on the DL&W Main

One of best parts of the Pocono main line was that it still had a lot of the DL&W infrastructure in place, like this signal bridge near Elmhurst. 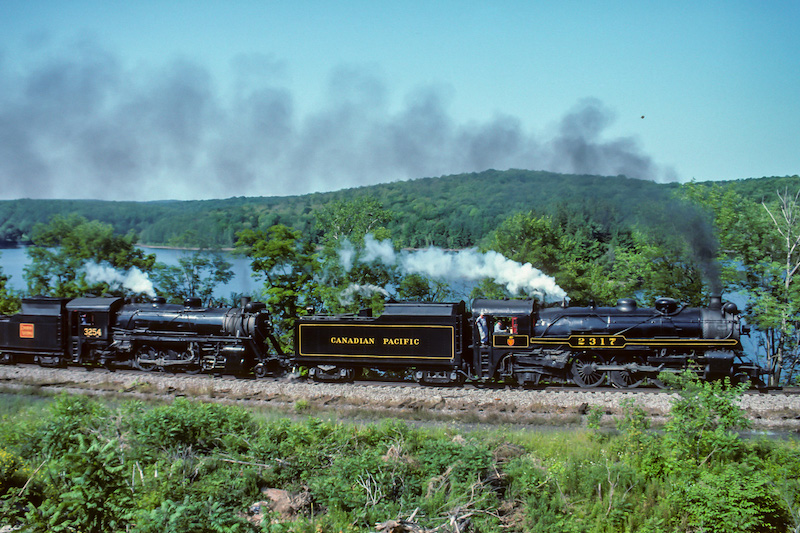 Canadians in the Mix

Steamtown’s two operating main line steam locomotives — CP 2317 and CN 3254 — also got into the action with a double header to Moscow. Both locomotives are now out-of-service in Scranton. 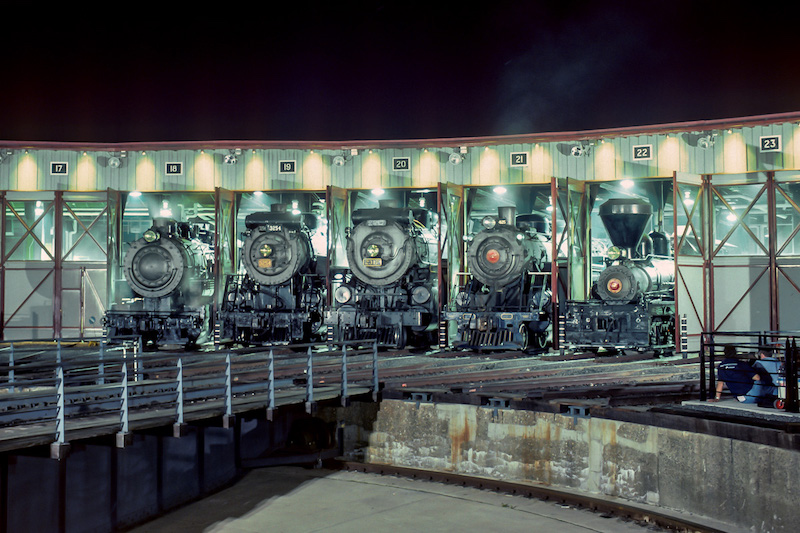 To cap off another exciting day of main line steam excursions, five of the locomotives were posted at the Steamtown roundhouse. From left to right: Baldwin 26, CN 3254, CP 2317, R&N 425 and L&BR 8.