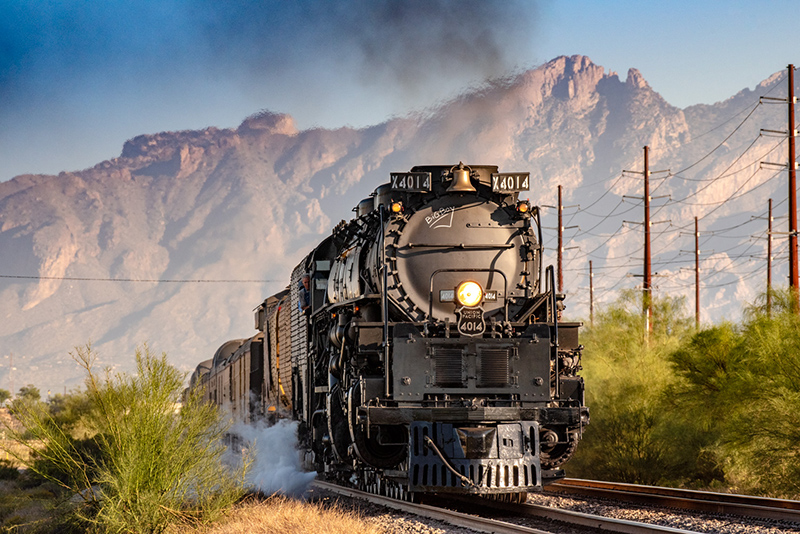 Union Pacific “Big Boy” 4014 heads eastward underneath the unmistakable prow of the Santa Catalina Mountains in Tucson, Ariz., on former Southern Pacific trackage on October 19, 2019. This was a runner up in the annual center spread contest. Photo by William Diehl. 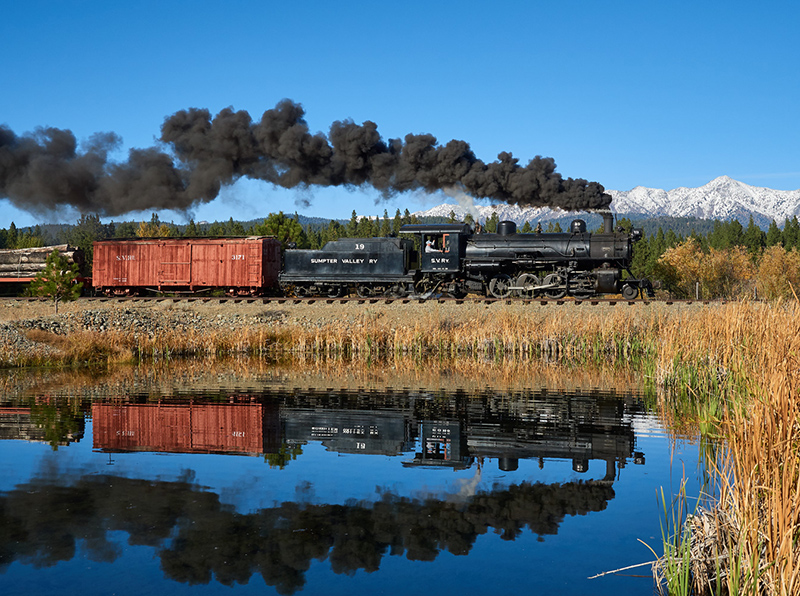 Sumpter Valley Railway Mikado 19 looks splendid handling a photographers’ freight train rolling through the countryside of Baker County, Ore., with the snow-covered Elkhorn Mountains in the distance on October 14, 2017. 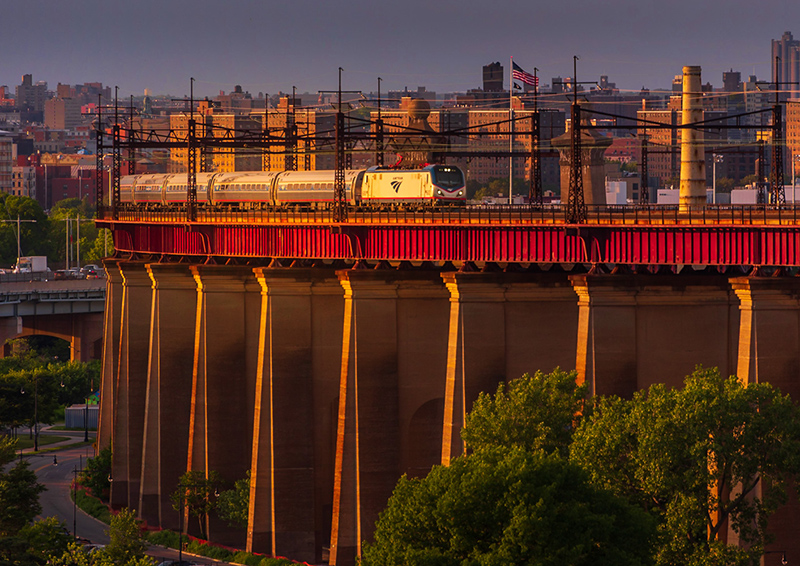 Amtrak Siemens ACS-64 600 heads up a Northeast Regional train from Boston to Washington on the western approach (railroad east) of the Hell Gate Bridge in Manhattan on June 4, 2019. The 3.2-mile-long bridge carries the Northeast Corridor tracks across the East River between the boroughs of The Bronx, Manhattan, and Queens. 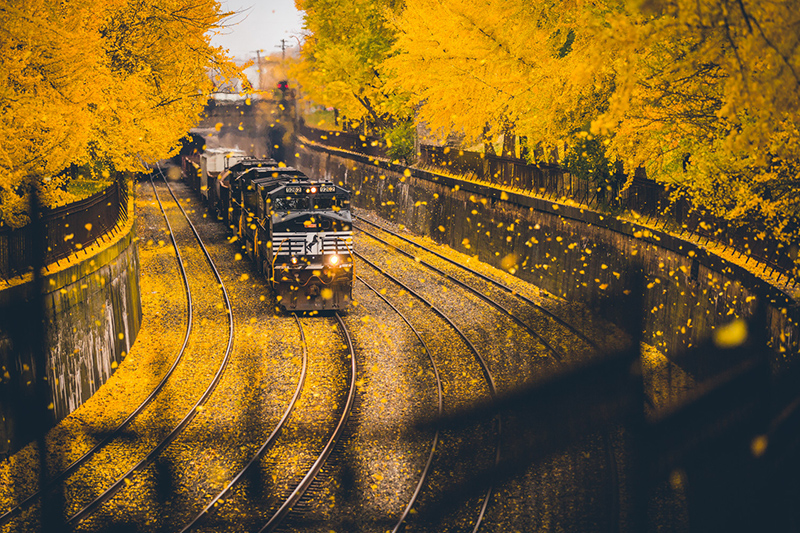 A popular spot within the city of Pittsburgh, Pa., Allegheny Commons Park (or West Park) hosts a trench filled with train tracks. In late fall it becomes filled with brilliant yellow leaves from the Ginkgo trees lining either side. A Norfolk Southern freight rolls through a shower of leaves on November 19, 2019. 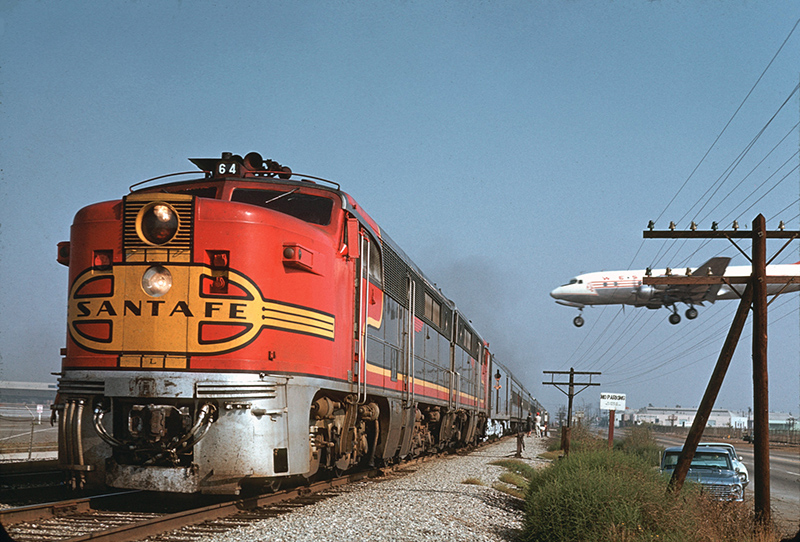 An excursion from Los Angeles Union Station to San Pedro over Santa Fe’s Harbor District makes a photo stop at Lairport Siding as a Western Airlines DC6B is about to land on Runway 25R at Los Angeles International Airport on September 22, 1963. 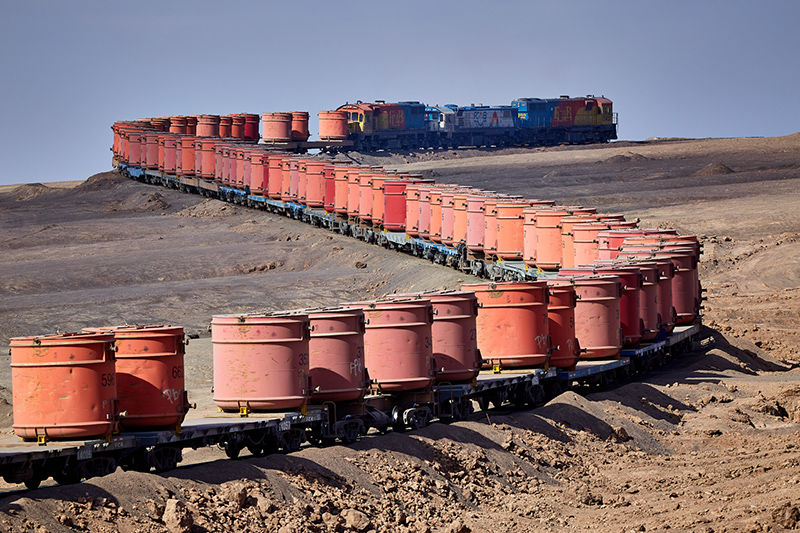 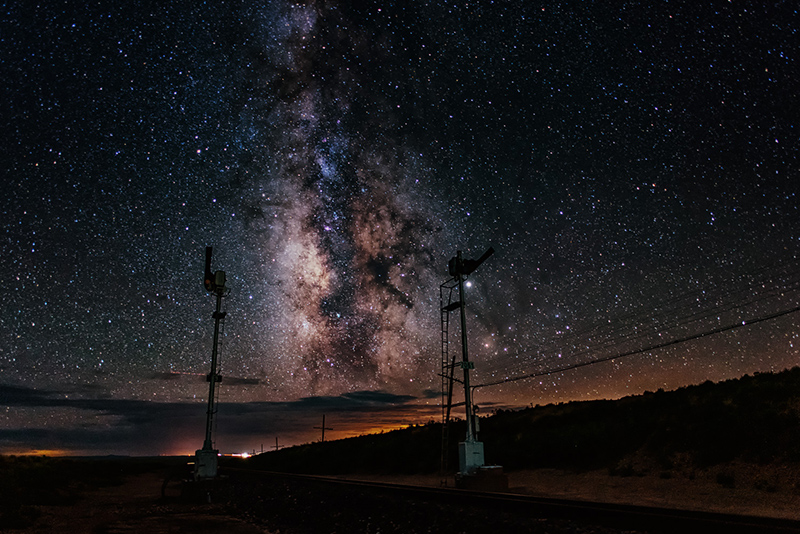 Semaphores guard the galactic core of the Milky Way as it makes its transit across the starkly dark northern New Mexico sky in July 2019. These blades, located on former Santa Fe trackage, see only the passing of Amtrak’s Southwest Chief on most days. 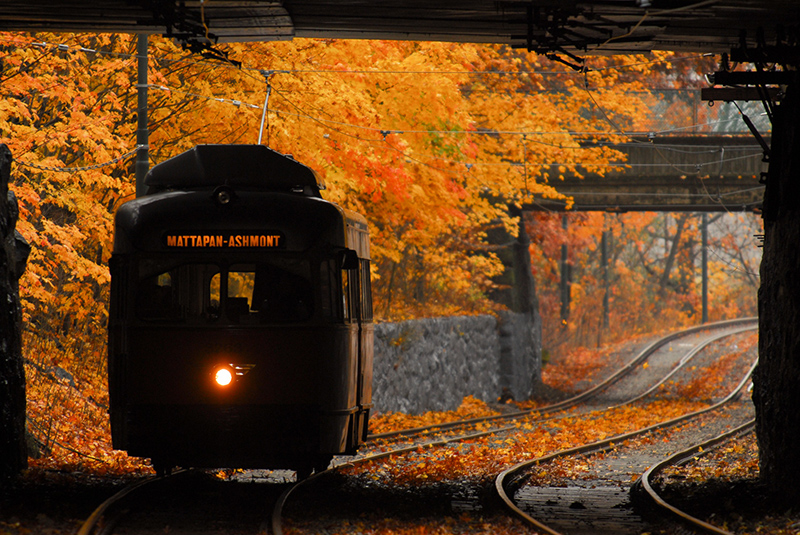 Even the leaves are traction orange on the Mattapan Line as an MBTA PCC passes through Cedar Grove cemetery bound for Ashmont Station on November 8, 2008. The venerable cars continue to roll off the miles connecting riders to the Red Line to complete their trip into Boston.

BNSF Railway’s Laurel Mont., to Denver, Colo., manifest is reaching the south end of the Wind River Canyon in Wyoming on June 27, 2020.