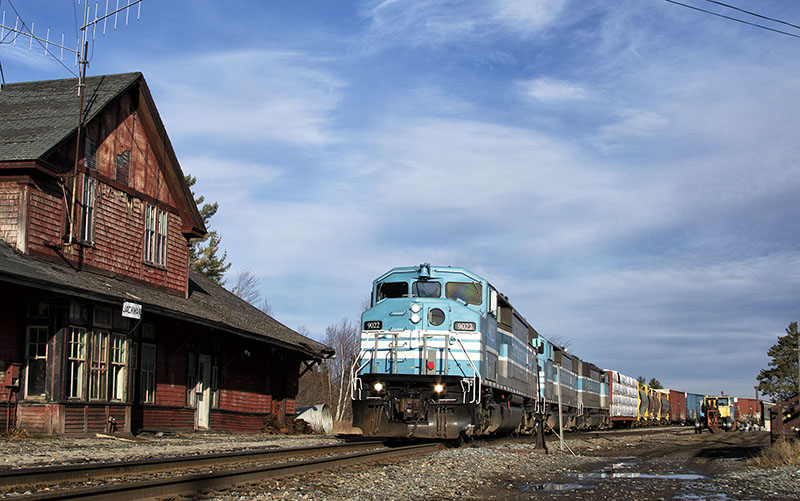 The U.S. Surface Transportation Board approved the Canadian Pacific’s purchase of the Central Maine & Quebec Railway. The decision, posted by the STB on May 4, will go into effect on June 18.

CP purchased CM&Q for $130 million in November 2019 but needed federal approval before the deal could go into effect. Much of CM&Q’s 481-mile system in Maine, Quebec and Vermont is made up of former Bangor & Aroostook and CP trackage, the latter of which was cast off by the Class One in the mid-1990s when it downsized in Quebec and the Maritimes.

Iron Road Railways purchased much of the former CP east of Montreal and south into Vermont in 1995 and merged it with the BAR. The combined BAR system went bankrupt in 2001 and the following year the railroad was sold to Ed Burkhardt’s Rail World Inc., which renamed it the Montreal, Maine & Atlantic Railway. The MM&A went bankrupt in 2013 after an oil train derailed and exploded in Lac-Mégantic, Que., killing 47 people. Fortress Investment Group purchased the MM&A and created CM&Q in 2014.

The CM&Q has become a popular destination for railroad enthusiasts in recent years because of its fleet of former CP SD40-2F in an attractive blue, gray and white paint scheme. It’s unclear what the future holds for the unique locomotives now that the 10 units are back under CP control.

CP’s influences on its new property have been obvious for months, even before the STB approved the sale, and more and more of the Class One’s motive power has appeared on CM&Q trains.

CM&Q also has a contract with the state to operate the former Maine Central Rockland Brach, which was previously run by the Maine Eastern.

CP officials previously said that CM&Q’s name will survive on paper and that operations will remain unchanged for the time being. CP hopes to increase the amount of traffic on the line, especially to the ports at Saint John, N.B. and Searsport, Maine. The railroad also plans to invest more than $75 million into CM&Q’s infrastructure in the next few years. CP has access to the Port of Saint John via J.D. Irving’s New Brunswick Southern and Eastern Maine Railways.