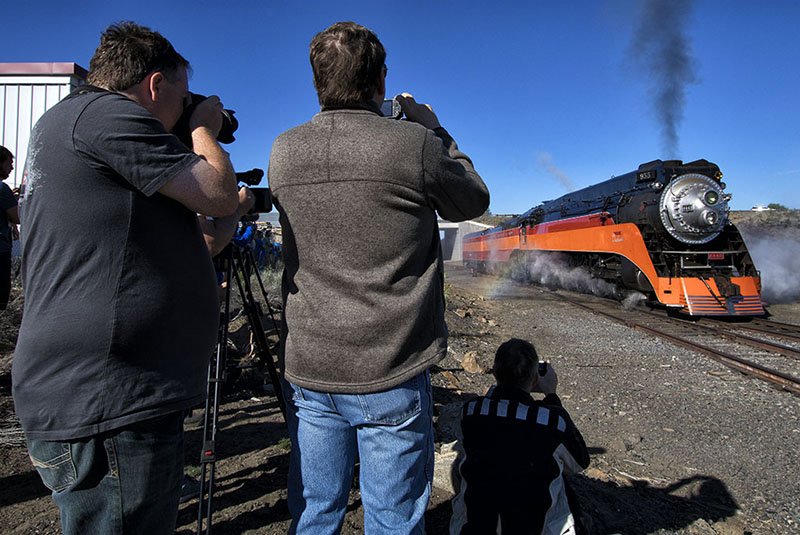 It was supposed to be the cumulation of two decades of hard work by the New Mexico Steam Locomotive & Railroad Historical Society. On March 20, a group of volunteers planned on firing up Atchison, Topeka & Santa Fe Railway 4-8-4 2926, which has been under restoration in Albuquerque since 2000, and moving the big Northern-type locomotive under its own power for the first time since 1953.

Unfortunately, a global pandemic had other plans. Days before 2926 was supposed to run on its own, the state’s governor announced new restrictions on gatherings of 10 or more people in an effort to contain the coronavirus outbreak. The test run was canceled.

Michael F. Hartshorne, president of the group, said it was disappointing to have to cancel what was supposed to be a historic day for his organization and it’s unclear how long the pandemic will delay their efforts. But Hartshorne and the 2926 group are not alone. All across America, main line steam locomotive operators have said they are expecting a quiet year as the coronavirus pandemic upends normal life around the world. Perhaps the biggest news came on Wednesday, when Union Pacific announced that newly restored Big Boy 4014 will not be leaving its home base in Cheyenne, Wyo. until at least 2021.

On April 29, the Cuyahoga Valley Scenic Railroad announced that it was canceling all excursions through Sept. 30, including the popular Steam in the Valley event featuring Nickel Plate Road 2-8-4 765. Kelly Lynch, vice president of Fort Wayne Railroad Historical Society, which owns and operates the Berkshire, said that plans to bring the locomotive back to Chicago — where it has headlined a number of successful excursions on Metra in recent years — have also been put on ice.

“We’ve had quiet years before, but this will be the first season since 2009 that the 765 has stayed home,” Lynch said.

Steve Sandberg, president and chief operating officer of the Friends of the 261, said he is hopeful that the former Milwaukee Road 4-8-4 will be able to make its annual appearance on holiday excursions in the Twin Cities but otherwise 2020 will be a year to work on the locomotive. Because the locomotive will not be running for much of this year, Sandberg said the group has opted to tackle a number of projects that otherwise would have been put on hold.

Even if social distancing restrictions were lifted, Sandberg said it’s unclear if people will feel comfortable getting on a crowded train anytime soon, which might be a challenge in the future. Lynch echoed those concerns and said the pandemic — along with all the other challenges facing main line steam operators in the 21st Century — is a reminder of why a new business model is necessary for the future. Lynch has been spearheading an effort to build Headwaters Junction, a riverfront recreation and entertainment venue that would house 765 in a place that it could be accessible to the public, even if the locomotive can’t leave home.

But while 2020 might be a quiet year for America’s biggest steam locomotives, Lynch and Sandberg said that their groups are already planning to hit the high iron in a big way in 2021 — when it’s safe to do so.

The same goes for Hartshorne with 2926 in New Mexico. He said after 20 years of hard work, nothing, not even a global pandemic, is going to stop his team.

“I can’t wait to see the wrenches turning again on 2926,” he said. “And I really am looking forward to (firing it) up and moving the locomotive back and forth under steam power as soon as the public health restrictions allow.”