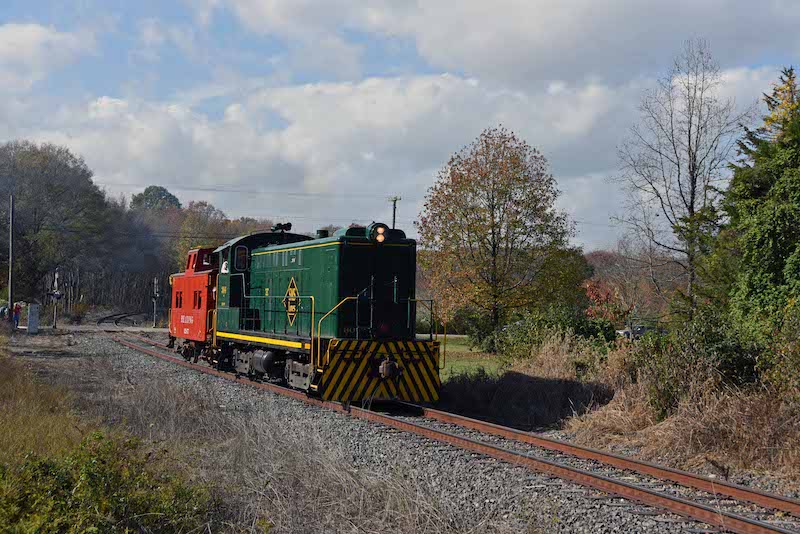 WOODSTOWN, NJ – Over the weekend, SMS Rail Service kicked off its first public excursions over the newly-formed “Woodstown Central” in southern New Jersey.

SMS recently took over the former Pennsylvania Reading Seashore Lines Salem Branch. The county-owned line had been operated by the Southern Railroad of New Jersey and US Rail in recent years, and has been completely rebuilt, including a new trestle over Oldmans Creek.

On November 5, the railroad ran two excursions covering the 16 mils between Woodstown, Swedesboro and Salem. Later in the day it ran trips between two local breweries.

The sold-out excursions were pulled by Baldwin S12 304, built in 1953, hauling a restored Reading caboose. This was just a preview of things to come, officials said, as SMS recently acquired a set of passenger cars that will see regular excursion service beginning next spring.