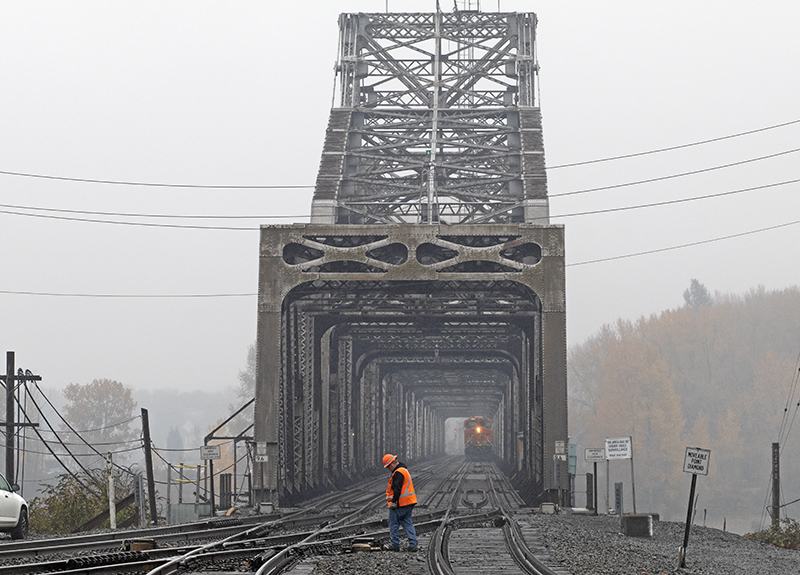 The extension means the earliest any work stoppages could occur, either by a strike by labor or a lockout by management, would be December 4. Photo by Justin Franz.

WASHINGTON — The Brotherhood of Maintenance of Way Employees Division has agreed to extend a “cooling off” period in its contract negotiations with the Class I railroads. The decision will bring that union in line with two others, the Brotherhood of Locomotive Engineers & Trainmen and SMART Transportation Division, which are currently voting on their own Tentative Agreements.

The extension means the earliest any work stoppages could occur, either by a strike by labor or a lockout by management, would be December 4.

In October, BMWED members rejected a Tentative Agreement negotiated by their leadership. That kicked off a “cooling-off” period where both sides would try and hash out a new deal. That period was originally supposed to end next week. If the cooling-off period ended without a deal and a strike did occur, it would likely have a ripple effect through the industry with many railroaders refusing to cross a picket line.

BLET and SMART members are currently voting on their own agreements and the results of that are expected to be known before Thanksgiving.

“This agreement to extend the cooling off period affords all unionized employees the opportunity to vote on their agreements free of a looming strike threat,” said AAR President and CEO Ian Jefferies. “Our goal remains the same – successfully completing this round of bargaining – and we stand ready to reach an agreement with BMWED based upon the Presidential Emergency Board’s recommendations.”