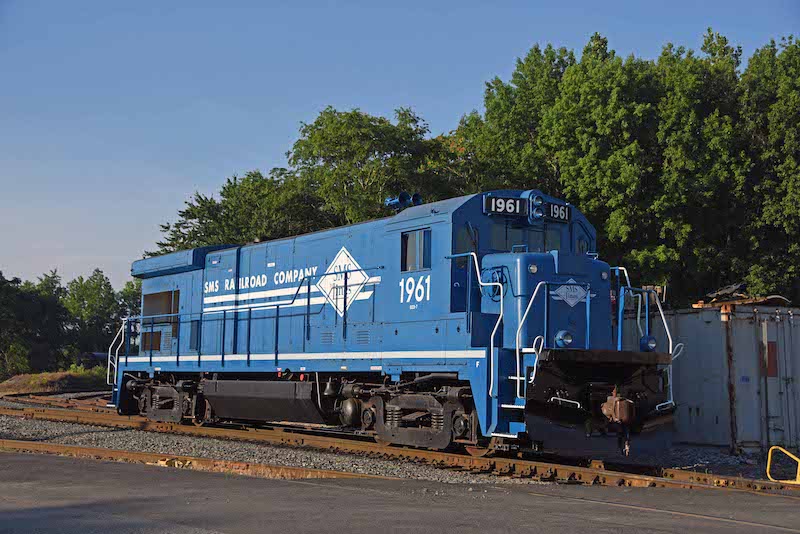 Conrail was divided between CSX and Norfolk Southern more than two decades ago, but the railroad’s iconic blue and white livery lives on thanks to SMS Railroad Company in New Jersey. The short line, best known for its fleet of Baldwin diesels, recently acquired two former Conrail B23-7 locomotives, and one emerged from the shops this summer paying homage to its heritage.

Between 1977 and 1979, Conrail purchased 141 B23-7 locomotives built by GE in Erie, Pa., according to the Conrail Historical Society. The model was an attempt to compete with EMD’s successful GP38-2 and GP40-2 line. They often hauled fast intermodal trains, but were later relegated to the general pool and local duty. In 1999, they migrated to Norfolk Southern and CSX, and were off the rosters within a few years.

Many were scrapped, but a handful were sold to short lines, including former Conrail 1900 and 1961, which went to Delaware Coast Line (They were renumbered 4024 and 4054 on Norfolk Southern and kept those numbers in Delaware).

Earlier this year, SMS acquired the pair. Number 4024 wore a primer grey, but 4054 had been painted on the Delaware Coast Line into a close proximity to Conrail blue. Delivered to SMS in southern New Jersey in early 2020, number 4024 went to a nearby refinery while 4054 remained at home base in the sprawling Pureland Industrial Park.

Earlier this summer, 4054 went into the shops. In mid-July, it emerged renumbered 1961 with the proper number font as well as white-on-black as-delivered number boards. The railroad kept its blue paint and added “SMS Railroad Company” and a white logo as a nod to its heritage. The handrails were changed from yellow to white and the pilot painted black. In a final tribute, the Nathan P5 horn it carried was replaced with a Leslie RS-3L, which it had in Conrail service. Sister 4024 will return to its original 1900 number but will be painted in SMS’ green scheme.

SMS is actually served by Conrail Shared Assets, a railroad in name only with no power painted or lettered for the holding company jointly operated by NS and CSX. SMS has two other B23-7 locomotives on its roster – former Santa Fe 4211 and 4212 – both in AT&SF yellow and blue paint. 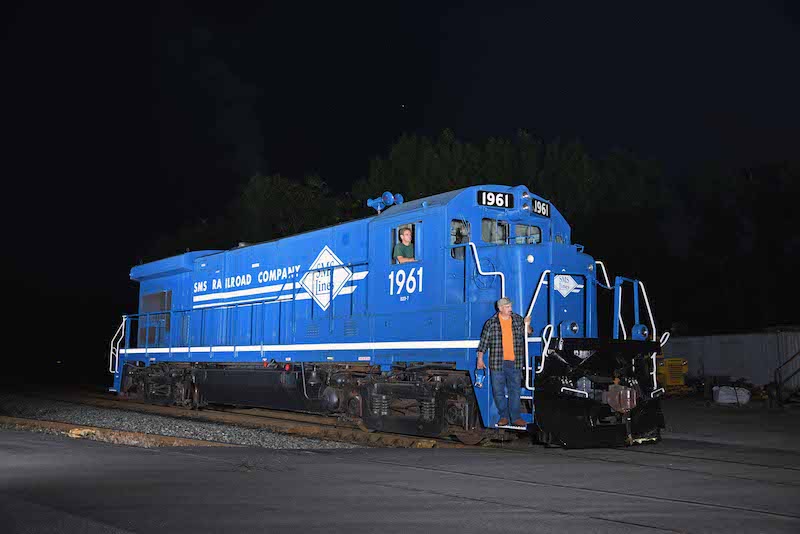 A night photo session was held with the newly shopped locomotive this weekend. Photo by M.T. Burkhart.