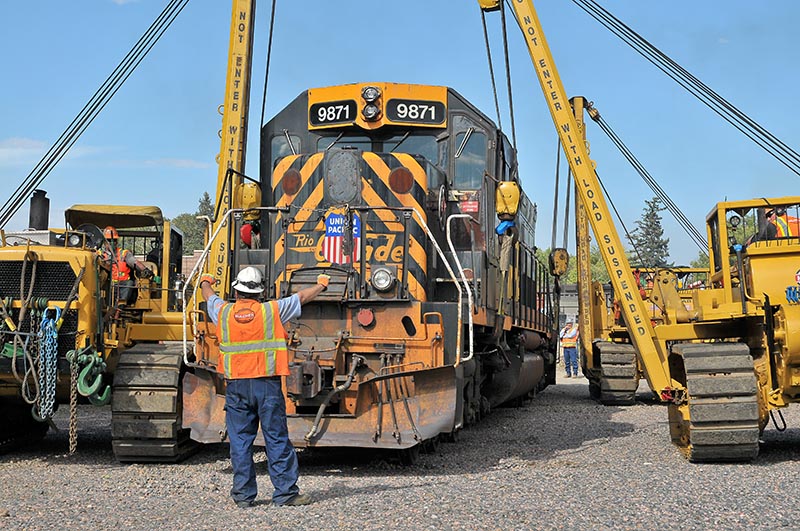 Former Denver & Rio Grande Western 5401, an EMD SD40T-2 tunnel motor, was retrieved from storage at the MillerCoors plant in Golden, Colo., on August 22, and moved across the valley to its final home at the Colorado Railroad Museum. Donated to the museum eight years ago by the locomotive’s final owner, Union Pacific, it took most of the day and the efforts of MillerCoors, BNSF Railway, Hulcher Services, and the City of Golden, plus a track contractor and trucking company to move the 70-foot, 368,000 pound engine. Because the CRRM lacks a connection to a railroad line, several moves were needed. 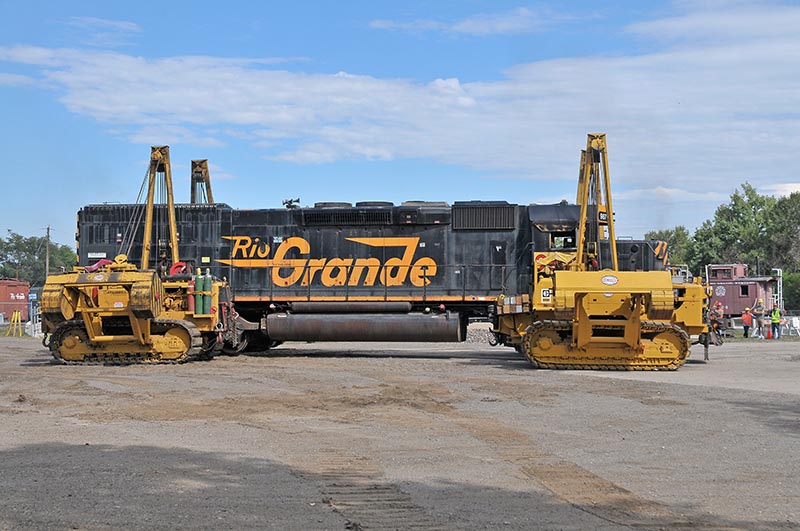 Built in 1980, the 5401 was part of a 16-unit order. Built to draw air in from the side of the units instead of from the top, these were favored by the Rio Grande, whose steep grades and 28 tunnels on the way to the 6.1 mile-long Moffat Tunnel dampened the performance of traditional units. The Southern Pacific also rostered tunnel motors for the same reason. When Union Pacific took over the SP and Rio Grande, it was “patched” as UP 9871. The economic downturn of 2008 sidelined the unit in Utah, and it was moved to Denver in 2010 in preparation for auction. Looking to add an iconic Rio Grande diesel to its collection, CRRM approached UP and the donation was arranged.