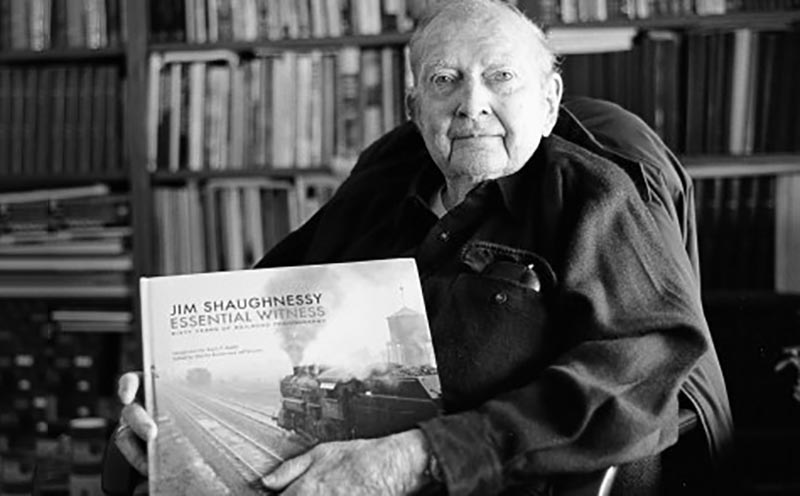 Jim Shaughnessy poses with a copy of Essential Witness: Sixty Years of Railroad Photography, a retrospective produced in cooperation with Jeff Brouws in 2017. Photo by Brian Solomon

Legendary railroad photographer Jim Shaughnessy died on August 7 at age 84 after a months-long bout with illness. Shaughnessy is best known for his work during the steam-to-diesel transition era of the 1950s and 1960s, but he remained an active photographer through recent years. Over the course of his 60 year career he was recognized by his peers as a master of composition and presentation. His last public appearance was at the 2016 “Conversations Northeast” conference sponsored by the Center for Railroad Photography & Art at Storrs, Conn. 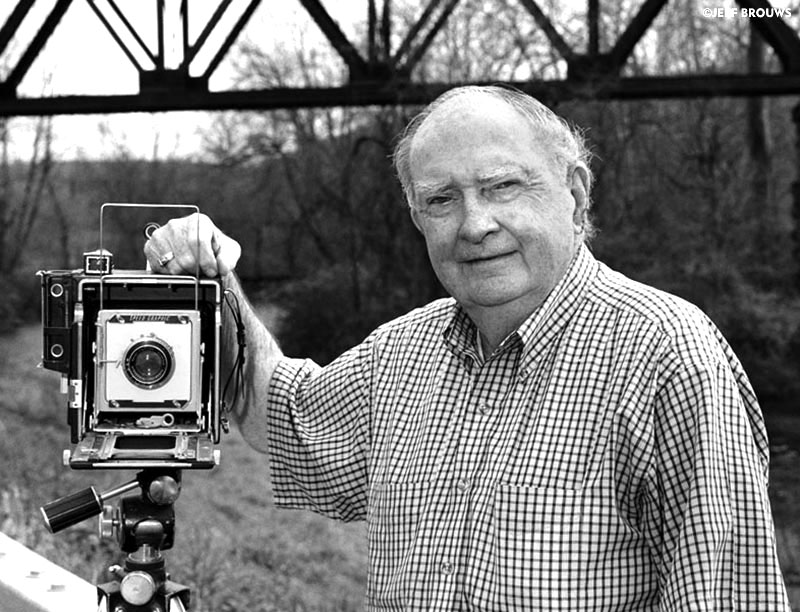 Shaughnessy was born in Troy, N.Y., on November 24, 1933, and later graduated from Rensselaer Polytechnic Institute with a degree in civil engineering. Surrounded by several major railroads, he soon turned his camera to the local scene, recording classic images of New York Central, Delaware & Hudson, Boston & Maine, and the Rutland Railway. His travels soon expanded to include New England and the Canadian Maritimes, as well as jaunts across the country to photograph trains in the Midwest and Western states. 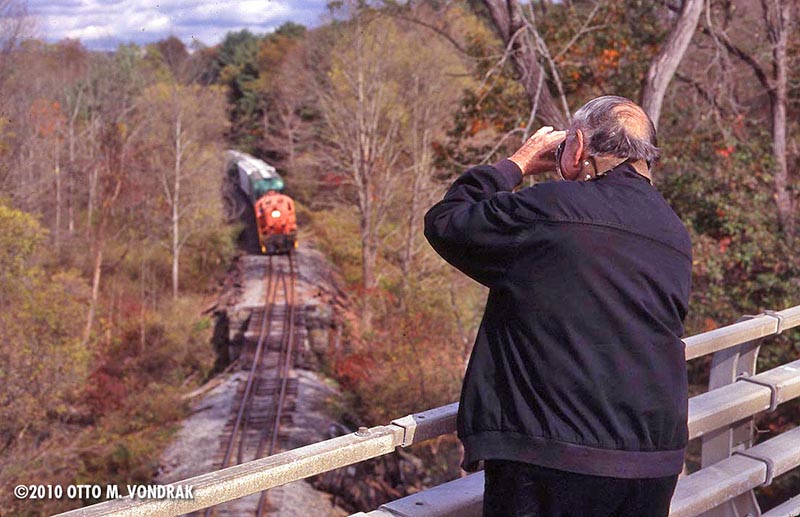 A prolific author, Shaughnessy is known to most fans for his books on the Rutland Railway (Howell-North, 1964) and Delaware & Hudson (Howell-North, 1967), as well as hundreds of published photos and articles that have graces the pages of the railroad hobby press. In 2008, Jeff Brouws authored a well-deserved retrospective of Shaughnessy’s work with the release of The Call of Trains: The Railroad Photography of Jim Shaughnessy (W.W. Norton), and again in 2017 with Essential Witness: Sixty Years of Railroad Photography (Thames & Hudson). In April 2018 the Center for Railroad Photography & Art announced they would be the permanent home for Shaughnessy’s collection of more than 100,000 negatives.

A wake for Jim Shaughnessy is scheduled for 4:00 to 7:00 p.m. on August 10 at the McLoughlin & Mason Funeral Home in Troy, followed by a funeral mass on August 11 at Our Lady of Victory Church in Troy.