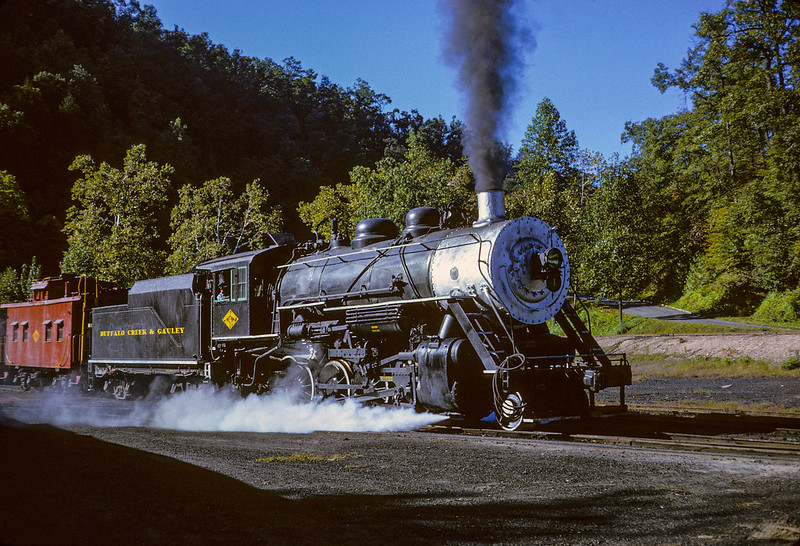 ELKINS, W.V. — The Durbin & Greenbrier Valley Railroad announced this week that it would be hiring a West Virginia firm to build a brand new boiler for Buffalo Creek & Gauley 2-8-0 4. The classic branch line steamer last operated in 2001 in North Carolina and when it’s restored again will run on the DGVR between Cass and Durbin, W.V., not far from the Cass Scenic Railroad.

The contractor, Sistersville Tank Works, is no stranger to steam locomotive projects having built the boiler for Cass Scenic’s Heisler 6 in the early 2000s. The new boiler is expected to cost $675,000 and so far more than $135,000 has been raised for the project.

“We are proud to partner with a West Virginia-owned company to help us return this legendary steam locomotive to operation,” said DGVR President John Smith. “The team from Sistersville will be working closely with our Cass crew and the FRA throughout the build process to ensure the best quality possible.”

Locomotive 4 was built by Baldwin in 1926 for the National Railway of Mexico but was never delivered. The locomotive was later sold to the BC&G, where it hauled freight and passengers. It led the last BC&G train in 1965 and then was relocated to a Pennsylvania tourist railroad. Its time in the Keystone State would be brief and it later went to the Southwest Virginia Scenic Railroad of Hiltons, Va., where it remained until 1978 when it was purchased by the North Carolina Transportation Museum. It operated until 2001 when much-needed repairs forced the museum to take it out of service. The DGVR purchased the locomotive in the spring of 2015.