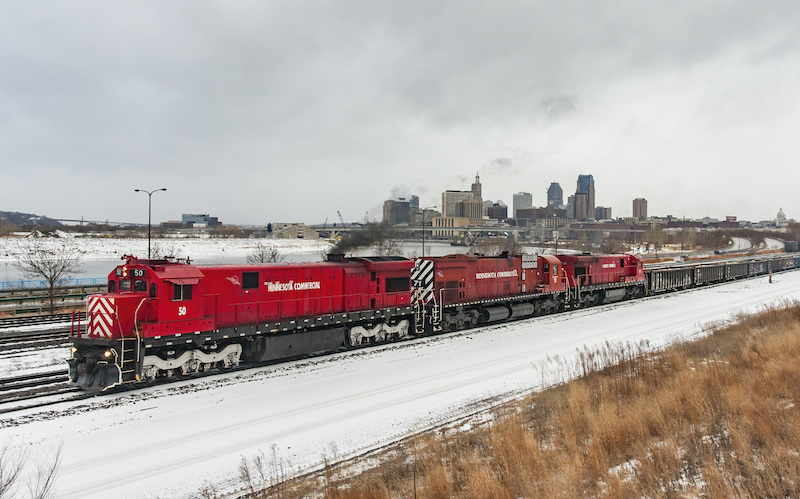 WILLIAMS, Ariz. — The nation’s last example of Santa Fe’s SF30C rebuild model has been acquired by the Arizona State Railroad Museum. Originally built in 1973 as a General Electric U36C, ATSF 9501 was the second unit to become an SF30C, the first Santa Fe rebuilding program involving a GE model. The significance of the acquisition is enhanced by the fact that the U36C model is otherwise extinct in the United States.

The SF30C was a real head-turner, but not because the rebuilt GEs were particularly attractive, just confusing. With its narrow short hood and a modified long hood on a U36C frame and trucks, some trackside observers were at a loss to identify the model when Cleburne shops began turning them out in 1985.

Santa Fe purchased 100 of the U36C model between 1972 and 1975, the lion’s share of the 124-units sold to U.S. railroads. While they represented the apex of the Universal Series, they shared some of the durability issues of that line, leading Santa Fe to rebuild 70 of them when they were barely a decade old. Changes included downrating from 3,600 hp to 3,100 hp, upgrading and relocating the electrical cabinet, installation of the GE Sentry System wheel slip control, muffling of the exhaust system, the addition of dual-fuel fillers to accommodate differing ATSF and Southern Pacific systems in advance of their ill-fated merger attempt, replacement of the short hood and modifications to the long hood.

Most of the class was either exported by National Railway Equipment or scrapped after retirement from the Santa Fe roster beginning in 1995, but ATSF 9501 was sold to Minnesota Commercial and has soldiered on as MNNR 50 until this year. Other survivors can be found in Mexico, Brazil and Spain.

In its announcement of the news, the Arizona State Railroad Museum Foundation said the engine will join other members of its collection in storage on the Grand Canyon Railway in Williams later this year. The group also hopes to break ground for the construction of the new museum in this year. Plans call for a restoration of the locomotive into the blue and yellow Santa Fe freight scheme applied to the first and last group of SF30Cs produced. The middle 44 units received the red and yellow “Kodachrome” scheme of the proposed SF-SP merger.

Read more about Minnesota Commerical’s fleet of Alcos and GEs in the October 2021 issue of Railfan & Railroad.