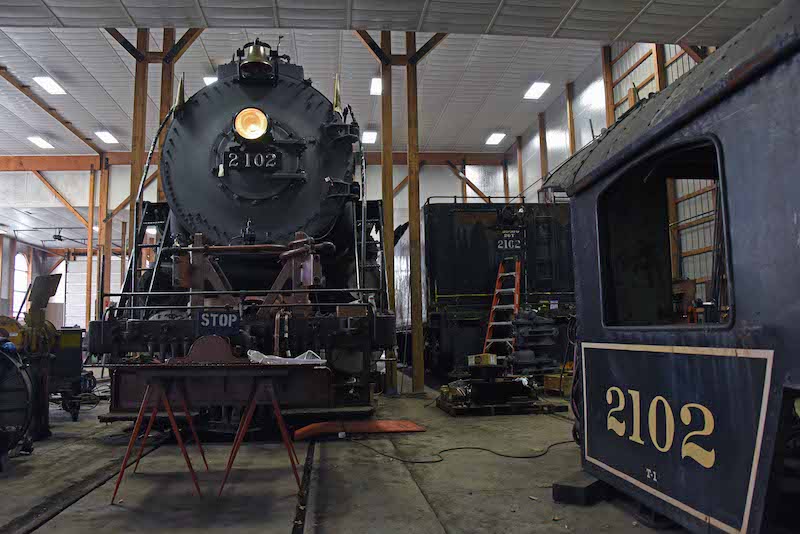 Early that morning, the big T-1 “Northern” type was simmering outside the shop, according to reports from the scene. The test fire means more than four years of work is approaching fruition, with the locomotive expected to see service at some point in 2021.

The Reading’s 30 T-1 types were built in the company steam shops between 1945 and 1947 from various components harvested from existing 2-8-0 locomotives, including boilers and fireboxes. After toiling in heavy freight service and replaced by diesels, some of the locomotives were given a reprieve in 1959 with the Reading’s popular Iron Horse Rambles that barnstormed the system.

The rambles ended in 1964, but 2102 continued in various fan trip duties before landing at the Blue Mountain & Reading in the mid-1980s. Flue time expired in 1991. In January 2016, the railroad announced that 2102 would be rebuilt and work has progressed over the past four years.

Some obvious work remains, including the boiler jacket, paint job and connection of the running gear. When it enters service, the plan is to use 2102 on longer day trips.