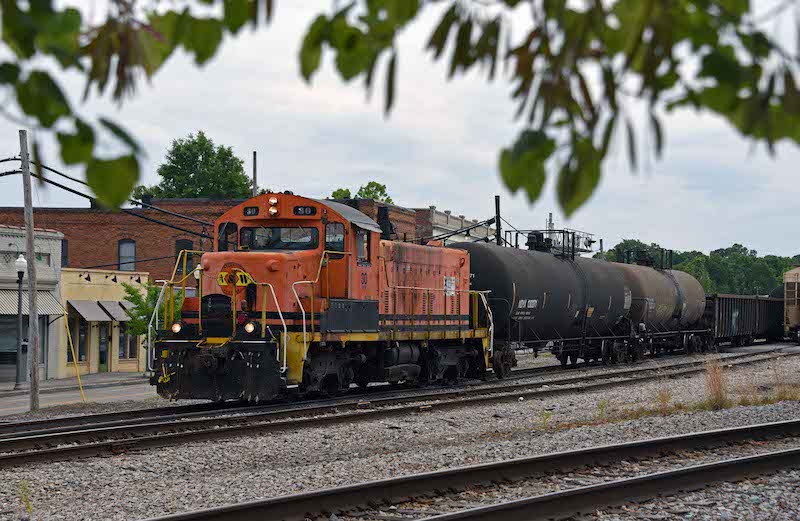 SANFORD, NC – Sixty years ago, EMD built a pair of locomotives designed to handle both switching and road duties. One was recently acquired by a museum while the other remains in revenue service in North Carolina.

Designated “RS1325” (road switcher, 1,325 hp) locomotives 30 and 31 – the only ones built – were fixtures for years on the Chicago & Illinois Midland Railway. They were designed with a switcher-style long hood and GP-style short hood that could house a steam generator for passenger duties. The two continued in service even after Genesee & Wyoming acquired C&IM, renamed the railroad the Illinois & Midland, and repainted them into its orange and black corporate scheme.

In 2016, 30 moved to Atlantic & Western Railway, another G&W property based in Sanford, NC.  Number 31 was acquired late last year by the Monticello Railway Museum with plans to return the 1960-vintage locomotive to green and red of the C&IM. It has been handling the museum’s popular “Throttle Time” sessions this spring and fundraising is underway for its repainting.