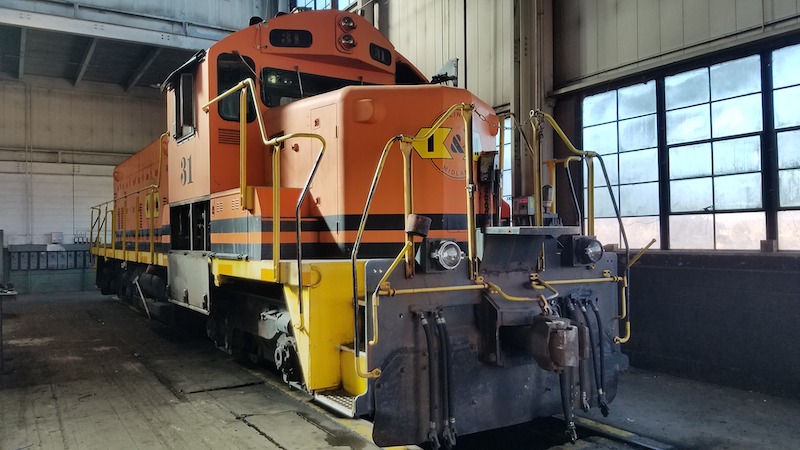 C&IM 31 is one of only two RS1325’s ever built by EMD. A unique design of a light road switcher, the RS1325 combined design elements of both EMD’s GP-series road locomotives and their SW-series switching locomotives. Locomotive 31 worked for the C&IM from 1960 until 1996, when the railroad was acquired by Genesee & Wyoming Inc. and became the Illinois Midland Railroad. The unit was retired in 2020 before being purchased by MRM. Once delivered to the museum, it will be added to the rotation of operating locomotives used on MRM’s historic passenger train rides. As time and funding allow, it will eventually be restored to the C&IM’s classic green paint scheme. 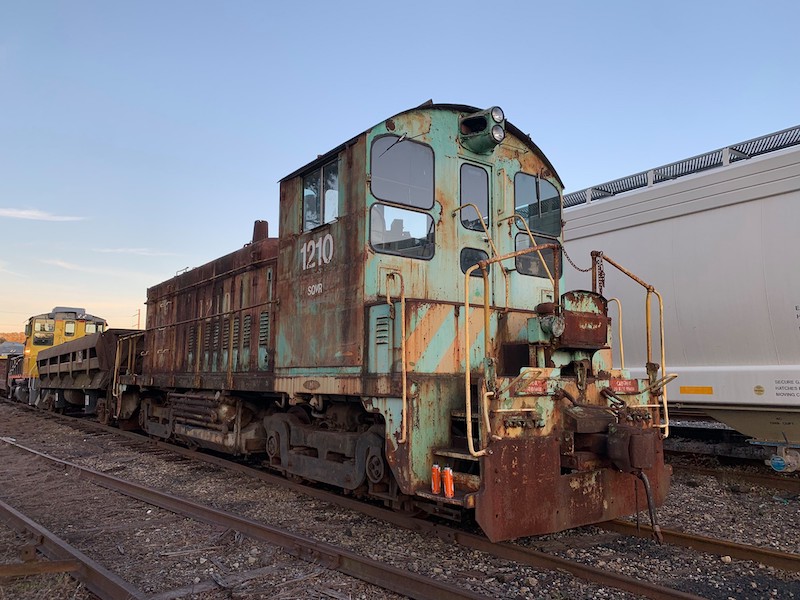 Illinois Terminal 784 is being prepared for movement to Monticello from Bridgeport, AL. Photo Courtesy of Monticello Railway Museum.

IT 784 is one of twelve SW1200 switch locomotives delivered to the Illinois Terminal Railroad. The switcher was built in December 1955 and operated throughout Central Illinois, including on the same trackage currently used by MRM’s passenger trains. The Illinois Terminal renumbered 784 to 1210 later in its service life, before later serving with both the Norfolk & Western and Norfolk Southern Railways. It was retired in 1994 and sold to the Sequatchie Valley Railroad, where it worked in short line service before being acquired by Knoxville Locomotive Works. Acquired in a trade with Knoxville Locomotive Works, it will only be the second Illinois Terminal diesel locomotive to be preserved.

“Both of these historically significant engines and their respective railroads have strong ties to Central Illinois. Their preservation is key to furthering the Monticello Railway Museum’s mission of interpreting the region’s rich railroad history,” museum officials wrote in their announcement on Saturday.

Donations to assist with the restoration of these historic locomotives can be made online or mailed to: Monticello Railway Museum, P.O. Box #401, Monticello, IL.