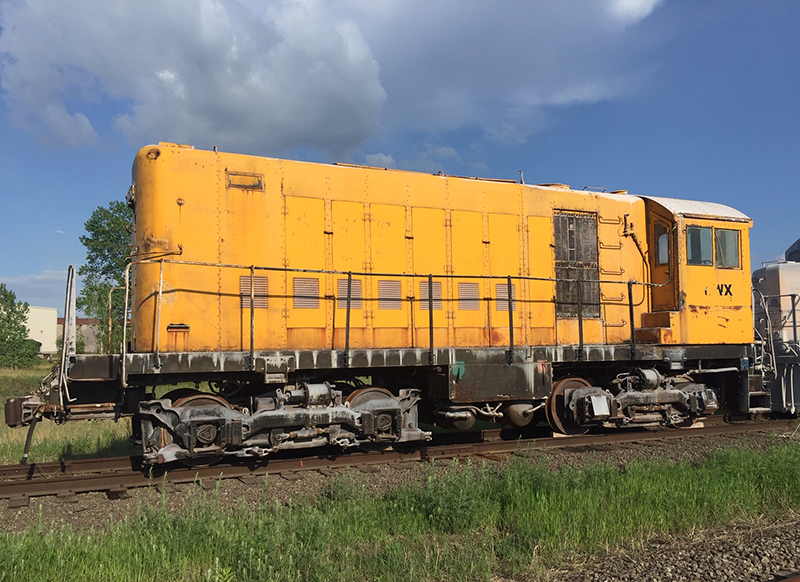 GVT recently purchased HH660 603 and plans on restoring it to its DL&W appearance. Photo Courtesy of GVT.

One of the nation’s oldest Alco diesel locomotives is coming home. Genesee Valley Transportation, parent company of the Delaware-Lackawanna, recently purchased 80-year-old HH660 NIWX 603 and the railroad plans on restoring the switcher to its original identity: Delaware, Lackawanna & Western 409. It’s hard to think of a better home for the old Alco than Scranton, Pa., not just because DL’s main line over the Poconos was once part of the Lackawanna but because GVT is home to the largest fleet of Alcos in North America. In fact, saving old Alcos was one of the company’s founding missions.

In 1986, David Monte Verde and four friends from the Rochester Chapter of the National Railway Historical Society pooled their resources to save former Lehigh Valley 211, a “Hammerhead” RS-3 Alco built for Pennsylvania Railroad in 1953. After putting the locomotive in lease service for a few years, they recouped the purchase cost and donated it to the Rochester & Genesee Valley Railroad Museum. They formed GVT and then purchased two more locomotives, the start of an Alco-powered empire that now includes four different railroads in Pennsylvania and New York. Today, the company has a fleet of Alcos that includes ten different models, from RS3s to brutish six-axle Century locomotives that stay busy on the Pocono Main.

The HH660 603 worked for the DL&W (as 409) and later Erie Lackawanna (as 324) before being purchased by Railway Equipment Leasing Co., better known as RELCO, which started buying up old Alcos in the 1950s. After working in lease service for RELCO for many years, the HH660 ended up in a scrapyard. In 2015, it was purchased by John Howell, who also operated a locomotive leasing and sales company. With the help of several mechanics, Howell was able to get the old Alco running again. In 2019, GVT learned that the locomotive was available and jumped at the chance to buy it. Plans call for the locomotive to come back to Scranton in the coming months. There, the locomotive will be under the care of Chief Mechanical Officer Don Colangelo, also known as “the Alco Doc.”

“We are excited to get it and place her back in service,” he said of the newest acquisition.