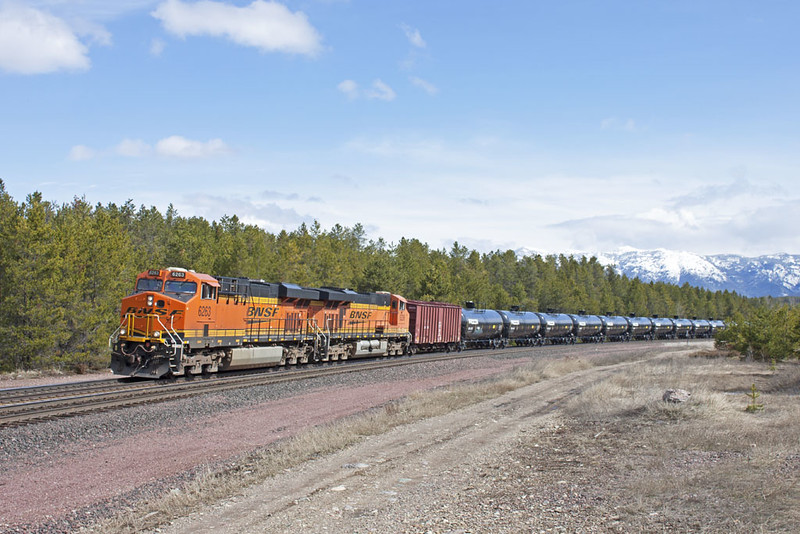 Five days ahead of a potential work stoppage, railroads are preemptively parking trains but the unions say it’s simply a scare tactic. Photo by Justin Franz.

WASHINGTON — Multiple Class I railroads announced over the weekend that they would park trains with hazardous materials beginning Monday just in case the nation’s two largest rail unions go on strike this week. Some railroads, including Norfolk Southern, stated it would even begin parking non-hazardous material trains on Tuesday, a full 72 hours ahead of a 12:01 a.m. deadline on September 16, when a national strike or lockout could occur.

“These are necessary steps to ensure we are handling security sensitive and hazardous cargo in accordance with federal regulations and also to ensure that no hazardous cargo is left unattended or unsecured in the event of a work stoppage,” wrote BNSF Executive Vice President and Chief Marketing Officer Steve Bobb, adding that he hoped shippers would contract their congressional delegation to encourage Congress to prevent a strike.

Friday is the end of a 30-day cooling-off period that began last month when a Presidential Emergency Board issued its recommendations to resolve a contentious round of railroad labor talks that have stretched for more than two years. The board recommended raises for all railroaders but declined to tackle issues like attendance policies and crew size. In recent weeks, the Class Is have secured deals with at least eight smaller unions — including three on Sunday alone — but deals with the Brotherhood of Locomotive Engineers & Trainmen and SMART Transportation Division, which represent about 90,000 operations employees, have been elusive.

If a strike or lockout were to occur on Friday, it would be likely that Congress would step in and force employees back to work.

But in a joint statement from SMART President Jeremy Ferguson and BLET President Dennis Pierce, the unions said the preemptive embargos were nothing more than scare tactics.

“The railroads are using shippers, consumers, and the supply chain of our nation as pawns in an effort to get our Unions to cave into their contract demands knowing that our members would never accept them,” the union presidents wrote. “Our Unions will not cave into these scare tactics, and Congress must not cave into what can only be described as corporate terrorism.”