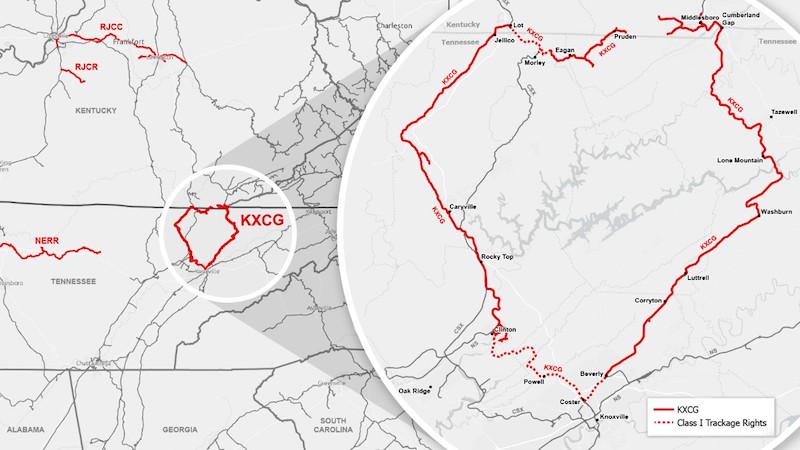 The KXCG will be comprised of two branches; a 59-mile branch running between Clinton and Clairfield, Tenn., and a 72-mile branch between Beverly, Tenn., and Middlesboro, Ky. The second branch crosses the iconic Cumberland Gap. Both lines once belonged to the Southern Railway. The short line will have rights between the two branches and interchange cars in Norfolk Southern’s Sevier Yard.

The deal is still subject to federal approval but R.J. Corman officials said they were hopeful they would get it done before the end of February. The acquisition will add over 130 miles to the more than 1,200 operated by the R. J. Corman.

“We are extremely excited about the creation of the Knoxville and Cumberland Gap Railroad,” said Ed Quinn, President, and CEO of R. J. Corman Railroad Group, LLC. “We see a lot of potential for growth, expansion, and economic development in the region, and we look forward to providing our customers with our first-class quality service with safety-first operations. We are thankful for our Class I business partner, Norfolk Southern,” continued Quinn, “and our continuing and growing partnership through the years.”