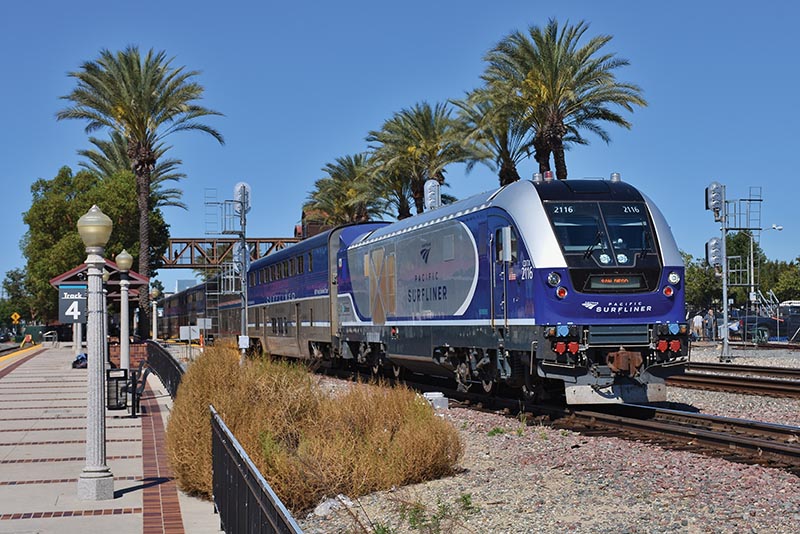 The Amtrak Office of Inspector General found that the railroad’s state partners don’t always feel like they have control over decision-making. Photo by Nikki Burgess.

WASHINGTON — A new report from the Amtrak Office of Inspector General has found that tensions exist between the passenger railroad and its partners on various state-supported routes around the country.

Among the issues raised in the report is that states don’t always feel like they have an understanding of how Amtrak assigns the costs related to the services in their state, part of which is funded locally. Some respondents to the survey also stated they wanted more control over how their routes were managed.

“While state partners can exercise some control over their routes, such as setting train schedules and determining onboard amenities, 18 of 20 state partners told the OIG that they wanted more control over decisions such as fare policies, marketing promotions, payment methods, station staffing, and the equipment and technologies used on their routes,” states a summary of the report.

Amtrak officials responded by saying that state partners could have greater control over certain decisions, such as stations’ staffing levels, but told the inspector general that certain operational, legal and practical limitations prevent them from giving state partners authority over other decisions.

States have also said they would like to be able to request more information from Amtrak about costs. For example, common requests include inquiries about costs, requests for customized reports, and education on the cost-sharing methodology. While company officials said that they generally accommodate these requests, providing such support can consume significant time and resources. From the perspective of some state partners, however, these types of requests are a necessary and reasonable part of the service they expect the company to provide,” the summary states.

The report noted that cooperation between Amtrak and the states is important because nearly half of Amtrak’s pre-pandemic ridership and about a quarter of its total revenue came from state-supported routes.