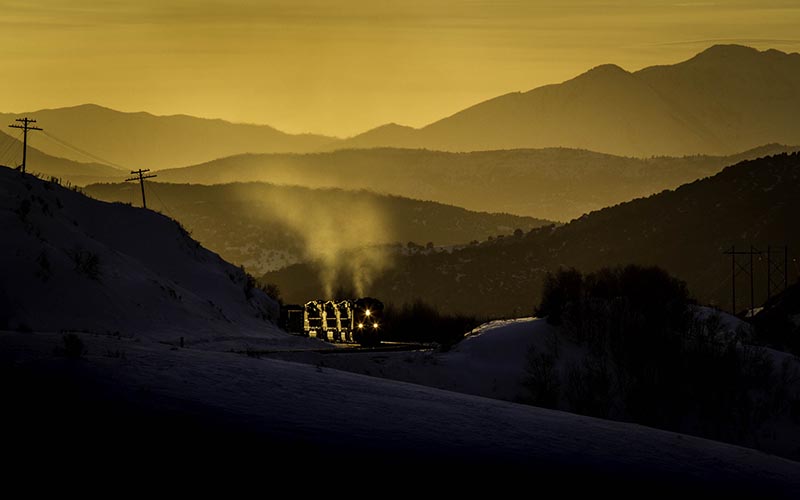 As the sun sets behind the Wasatch Mountains, the constant battle against gravity continues as a BNSF trackage rights train struggles up the 2.4% grade approaching the peak of Soldier Summit, Utah. Even with four big units up front and a DPU at the rear, this short train as barely making 15 mph. Photo by Eric Williams

Railroads helped build the United States—and the world—as we know it, uniting people across vast distances while redefining concepts of space and time. Railroads and photography grew up together, and the visual arts are particularly well suited to portraying and interpreting the enormous impact of the railroad on history, society, and culture. Since its founding in 1997, the Center for Railroad Photography & Art has been passionately committed to telling railroading’s stories through imagery: interpreting the past creatively, connecting it to the present while looking to the future.

Conversations, the CRPA’s annual conference, has been held annually since 2003 and sold out for the past three years. The much anticipated gathering at Lake Forest College attracts hundreds to hear renowned presenters as well as to meet and develop relationships with those who share an expertise and interest in railroad imagery and its significance. This enriching experience is open to everyone. Here’s a preview of some of the presentations scheduled for this year’s event… 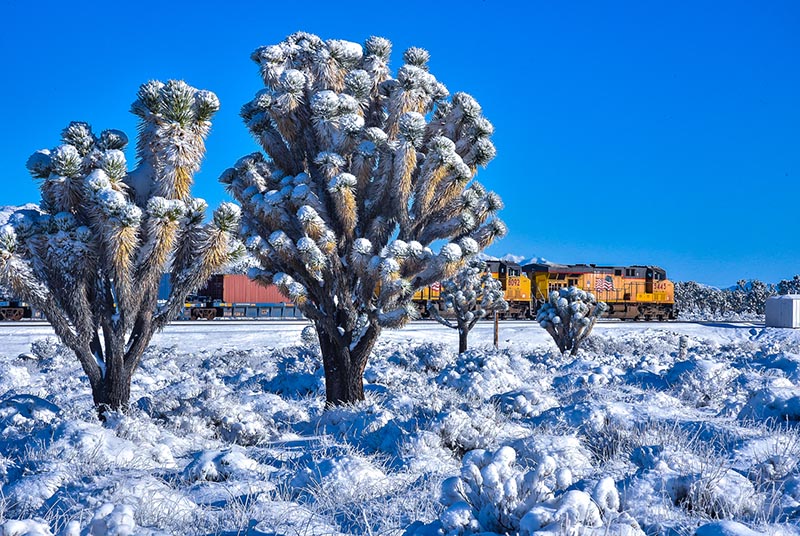 Ben Bachman’s program will attempt to put railroad photography and railroads in general in a historical, cultural, and environmental context. He will point out that the West is not just a geographical region, but also a story that Americans love to tell about themselves. 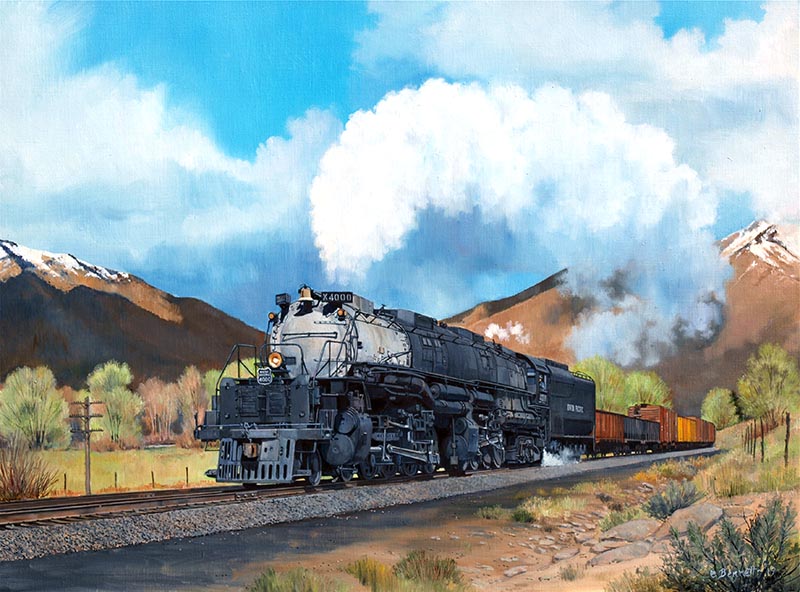 Gill Bennett: A Brush With History

A Brush With History will chronicle the history of railroad paintings in America from 1869 to the 2000’s. The presentation will review small to big steam railroads, the streamline and transition era, the diesel revolution, the standard diesel electronics and mega mergers, and the hi-tech diesels electronics of today. 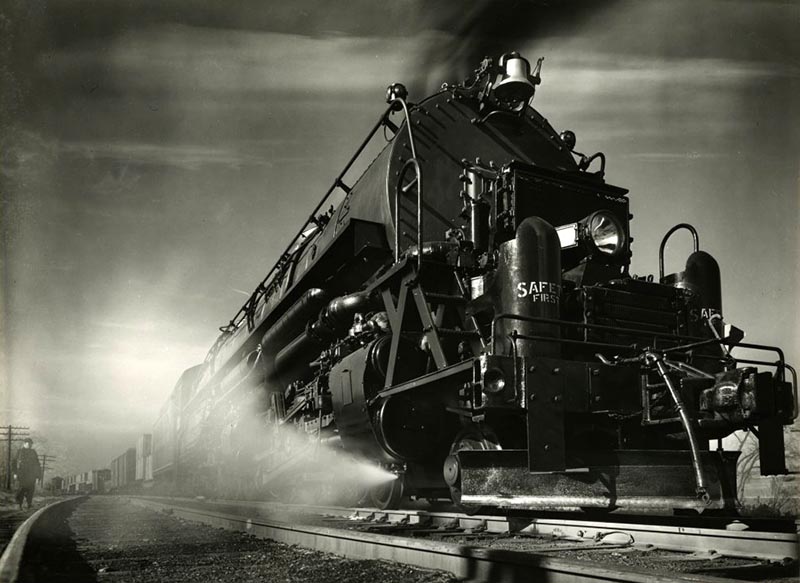 Jennifer Bodine:  A. Aubrey Bodine: He Did the Common Thing Uncommonly

Jennifer Bodine’s program is designed to present the uniqueness of her father A. Aubrey Bodine’s photography, his contribution to the history of photography, and his impact on the art of photography. His personal story charts a rise from poverty to the top of modern twentieth-century photography. Not strictly a railroad photographer, Bodine’s train-related work mostly sourced from a side job for the Western Maryland Railway. This material is featured in the publication, Trains: Photography by A. Aubrey Bodine (Schiffer Publishing, 2018), edited by Jennifer Bodine, and available for sale at Conversations 2019. 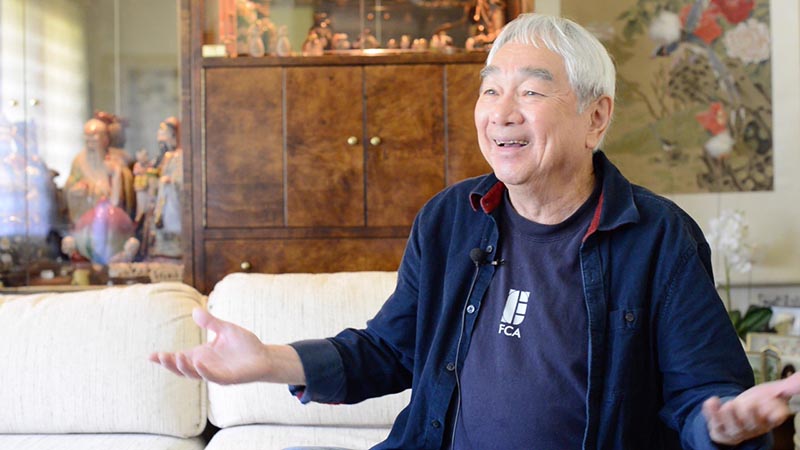 This program will take you on a virtual trip to Southern China’s Pearl River Delta. This geographic area was the source of thousands of Chinese who worked as part of the labor and engineering force that built the Transcontinental Railroad. You will hear the voices of railroad worker descendants and see evidence of their presence on the work force and of their engagement with the railroad companies. The conclusion will highlight the bilateral relationship that existed between China and the United States in the late nineteenth century. 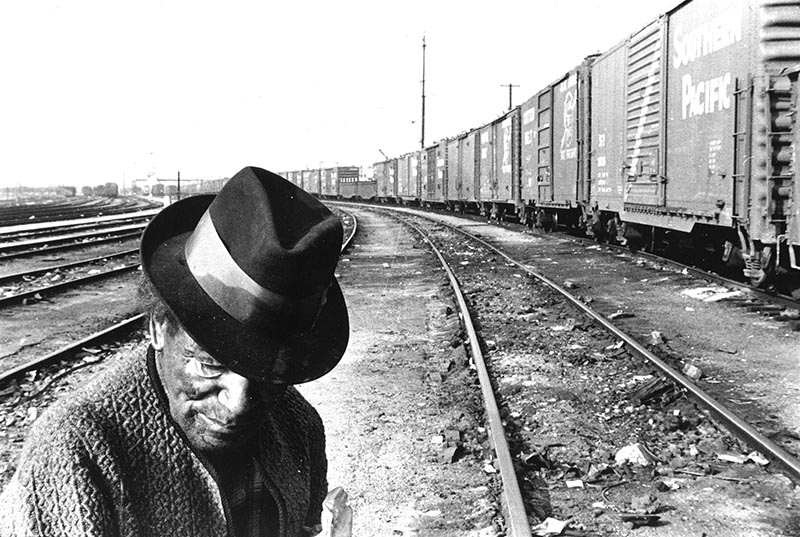 John Free: Photographing in the Southern Pacific Freight Yards in the 1970s

In the 1970’s John Free photographed railroad tramps and the trains in the Los Angeles Southern Pacific freight yards, documenting the lifestyle of these tragic figures and their relationships with the railroad at the end of the line. Those yards have been dismantled and are now gone. Free will discuss the photographic techniques he used to get close to and survive in that dangerous environment. 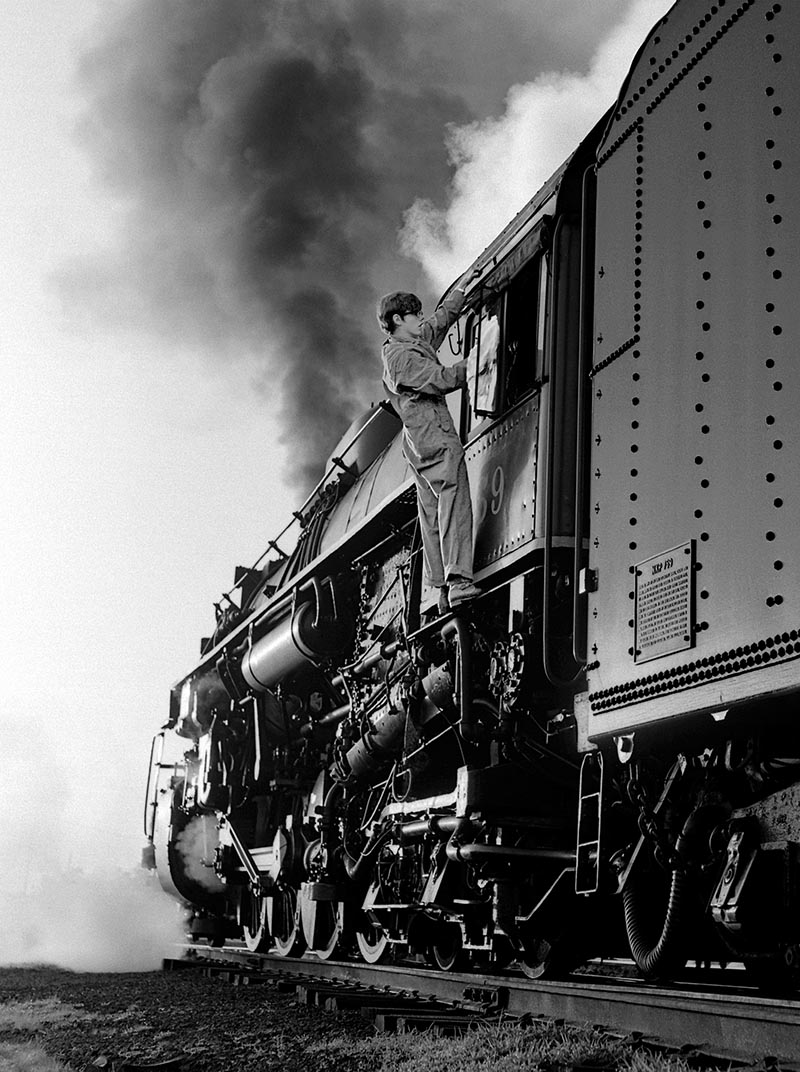 John and Oren Helbok: Two Viewfinders . . . One Point of View

For more than fifty years, John and Oren Helbok have chased trains together, and for almost fifty years they have photographed alongside each other – ever since John, the father, gave Oren, the son, his first camera. Never considering himself an artist, John nonetheless had an innate ability to make memorable images, and he captured the full scope of railroading in his photographs: the landscape, the hardware, and the people. Oren followed in his footsteps, both of them influenced by the great railroad photographers who came before them, from Beebe to Plowden. In recent years, Oren has put words to what he and John have always felt, and in Two Viewfinders . . . One Point of View Oren shows examples of his own work and his father’s, describing the photos’ contexts and explaining how the two of them created separate but intimately related bodies of work. 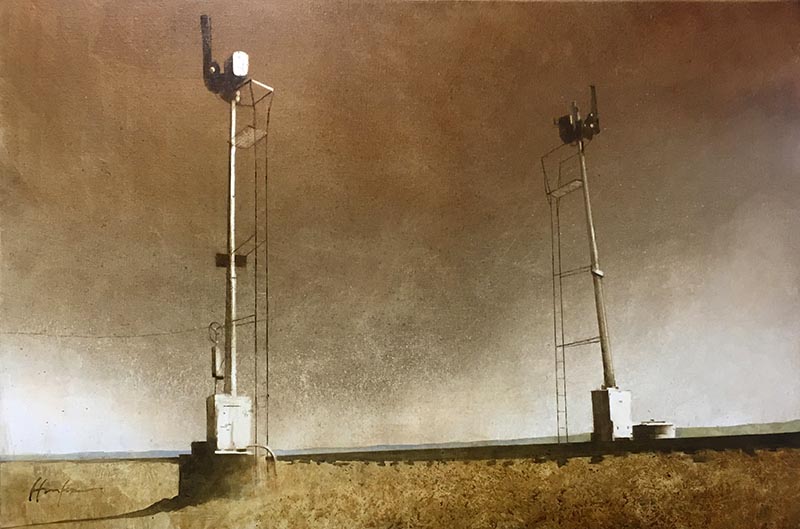 In April 2019, six top representational outdoor painters boarded Amtrak’s Southwest Chief in Chicago and rode the rails west, stopping in six small towns en route to paint for one day in each. The goal was three-fold: rail advocacy (to show the need for a national passenger rail system by utilizing the endangered Southwest Chief line as our primary means of transport); economic revitalization through the arts (working with local advocates to strengthen arts tourism in the towns where we stopped), and to just have fun taking the train and painting a lot. The project, dubbed “En Train Air,” now with its own website, was a rousing success, and plans are underway to encourage other artists to ride the rails across America. 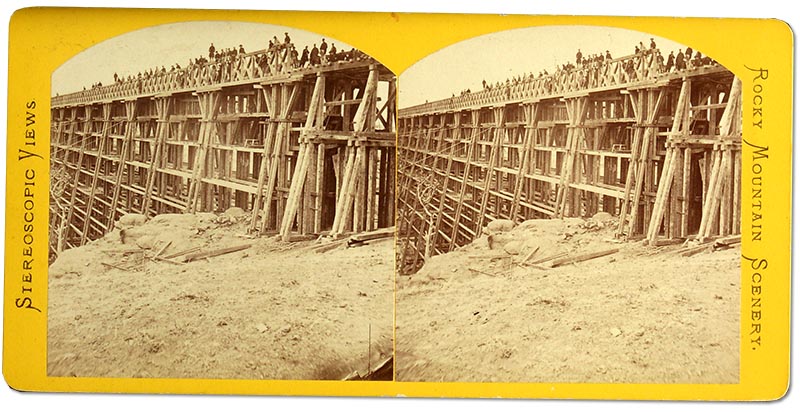 This program will cover the photographic career of Russell in the Civil War and as photographer for the Union Pacific Railroad. Perisho will discuss three obstacles that hindered Russell from achieving recognition of his great work, as well as show examples of his work in the format of negatives, large plate images, and stereoviews. The stereos will be presented as anaglyphs, so that the audience (with the aid of colored glasses) will be able to see the photographs as originally intended – in 3D.

Where does creative inspiration come from and how does it affect how we see and interpret the railroad scene as photographers and artists? Eric Williams has seriously pursued railroad photography slightly longer than a decade, but his influences extend much further back in time. His background as a designer has exposed him to many different art mediums, disciplines and genres, imprinting a subconscious image library that he pulls from and interprets in his photography. In this presentation, he will explore the evolution of his personal vision and how it has been inspired by art and design, historical and contemporary.

Conversations 2019 is scheduled for September 13-15 at Lake Forest College. Registrations are open through September 6.