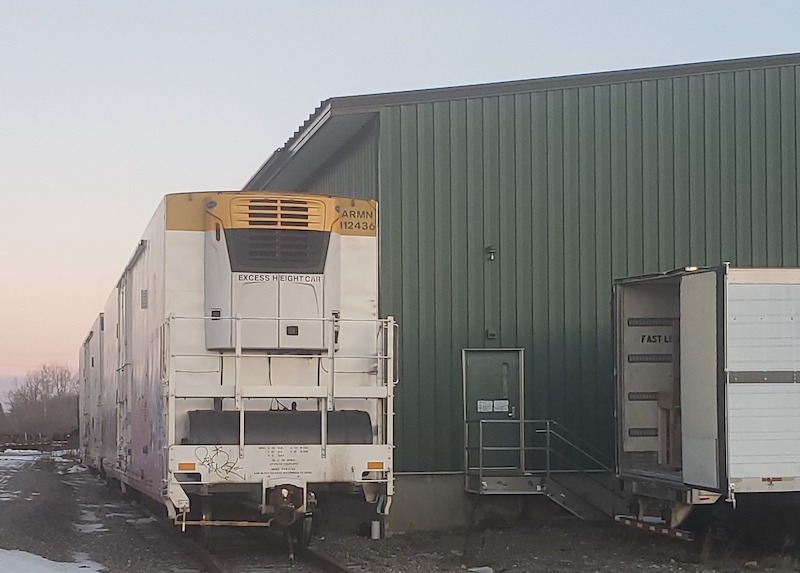 A big harvest in Northern Maine forced potato growers to turn to rail for the first time since the 1970s. Reefers are seen being loaded on the Maine Northern Railway at Van Buren. Photo Courtesy of Maine DOT. 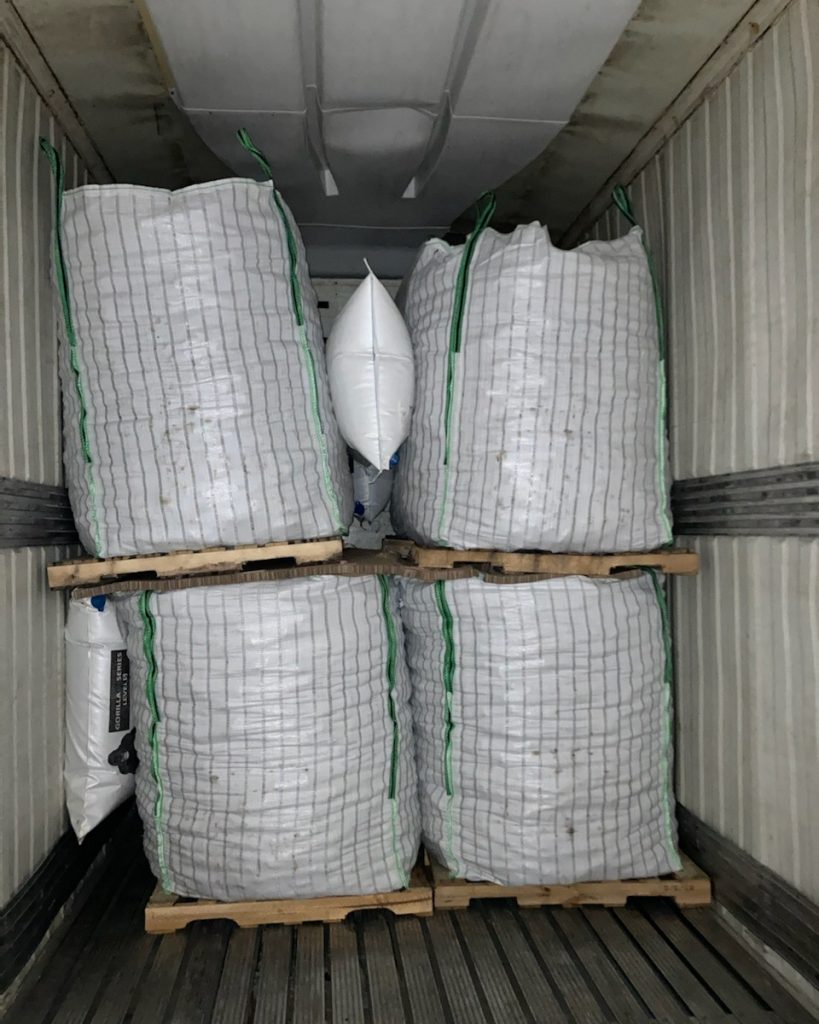 VAN BUREN, Maine — For the first time in more than four decades, potatoes are moving out of northern Maine by rail.

A banner crop of potatoes in northern Maine this year has forced growers along the former Bangor & Aroostook Railroad — a carrier once synonymous with moving spuds — to turn to rail once again.

This winter, reefer cars are being loaded in Van Buren on the Maine Northern Railway and shipped south to Pan Am Railways. On Pan Am, they’ll move west to be interchanged with CSX Transportation and finally Union Pacific, which is moving them to Washington State. At least 33 cars have been shipped so far, according to MaineDOT.

Throughout the 20th Century, the BAR — better known to locals as the “B&A,” despite the Boston & Albany’s use of those reporting marks — moved hundreds of thousands of tons of potatoes every year from Aroostook County. But with the construction of the interstate system and poor service by other carriers, BAR eventually lost that business. By the mid-1970s, many of its reefer cars were in storage. But a poor crop in Europe in 1976 sent the railroad scrambling to get its fleet back together for one final season moving spuds to Searsport, where they were loaded onto ships.

After that final season, the railroad put its fleet away for good. After that, BAR primarily moved paper, logs and lumber. The BAR would eventually go bankrupt and become the Montreal, Maine & Atlantic. Today, the south end is owned by Canadian Pacific and the north end is owned by J.D. Irving’s Maine Northern, a sister operation of New Brunswick Southern.