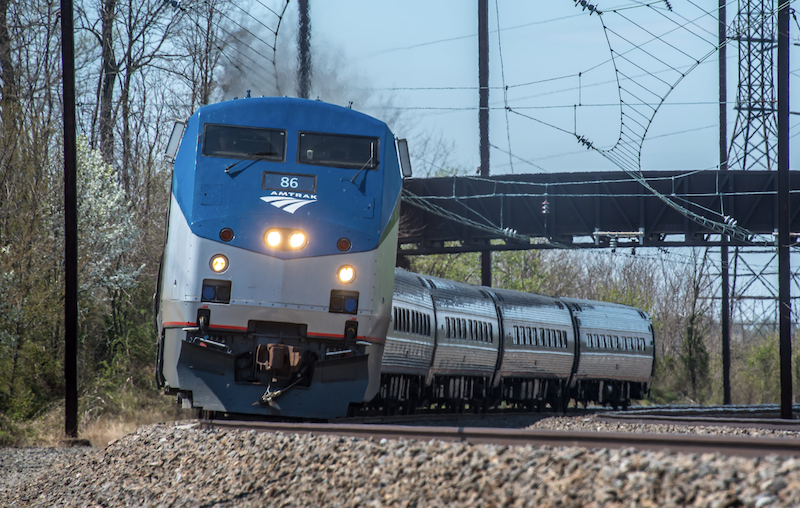 Train service across the country will be reduced starting next week until late March due to crew shortages. Photo by Steve Barry.

WASHINGTON — Amid a surge in COVID-19 cases across the country, Amtrak is reducing train service for two months due to crew shortages. The cuts will begin next week and are expected to last until late March.

Thanks to the more transmissible omicron variant, daily case numbers have skyrocketed. According to the New York Times, there were more than 800,000 new cases on Saturday.

Although 97 percent of Amtrak’s employees are vaccinated, the railroad reported that “several hundred of our on-board service personnel, conductors, engineers, and mechanical crews continue to be impacted by Covid infections or exposures, particularly given the highly infectious nature of the new variant and the prevalence of breakthrough cases.”

“We anticipate that Covid-related impacts to staffing will continue to impact parts of Amtrak’s network and the availability of our fleet in the near term as the surge of Omicron cases impacts the nation,” Amtrak officials wrote. “These Covid-related absences, when combined with the general skilled workforce shortage Amtrak and other transportation companies are facing, have reduced our ability to consistently deliver our current schedules and impacted the pace of hiring and training efforts.”

According to an Amtrak memo, temporary service adjustments will include:

Suspension of 8 percent of Northeast Regional weekly departures between January 24 and March 27.

Suspension of 6 percent of state-supported weekly departure between January 18 and March 27.

Suspension of Silver Meteor daily service between January 17 and March 27 to be offset by a corresponding increase in capacity, as dictated by demand, on the Silver Star and Palmetto routes serving nearly all the destinations served by the Silver Meteor.

Five of Amtrak’s long-distance routes will have no service reductions, including Silver Star, Palmetto, Auto Train, Cardinal and Sunset Limited.