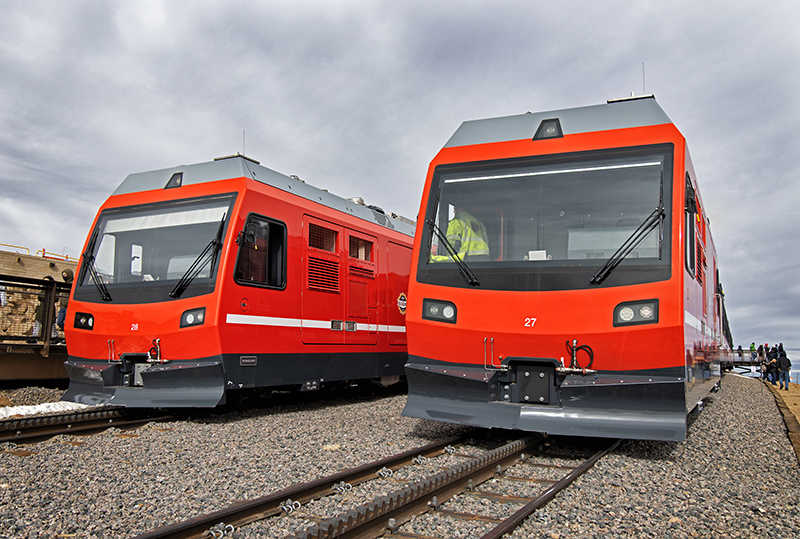 This summer, the 130-year-old railroad reopened following a three-year, $100 million rebuild. As part of the rehabilitation, all of the track on the 9-mile railroad that stretches from Manitou Springs to the summit of Pikes Peak, was rebuilt and three new trains were acquired from Stadler Rail of Switzerland. The new trains are faster and larger than the cog railway’s older equipment, which has been climbing the slopes of the 14,115-foot mountain since the 1970s.

Back in October 2017, the railroad’s future looked bleak when it was closed following a major infrastructure and equipment evaluation that found it needed major work in order to continue operating. After forging a deal with Manitou Springs to offer a long-term tax break to help facilitate the rebuild, the railroad’s owners, Anschutz Corporation and the Broadmoor Resort, decided to move forward with the project. The railroad’s general manager, Spencer Wren, said the decision to rebuild the railroad was due in large part to owner Phillip Anschutz, a railroad enthusiast who at one time owned the Denver & Rio Grande Western. 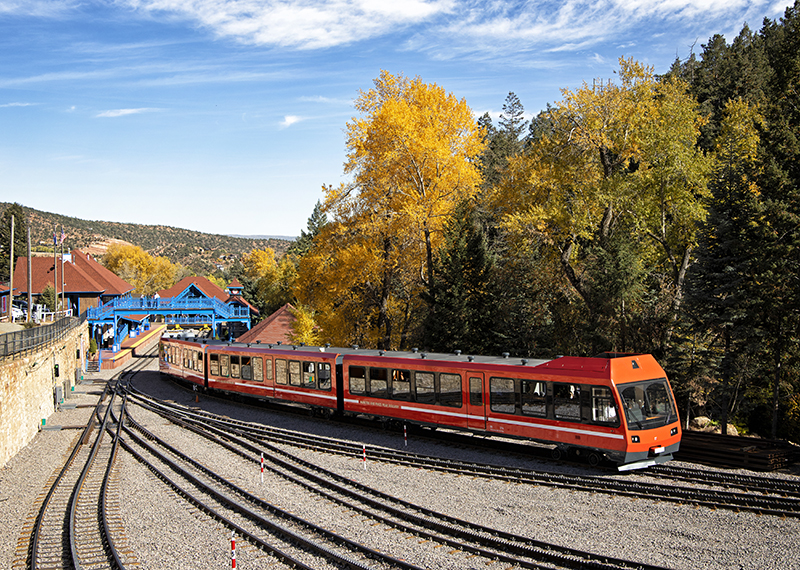 “We’re extremely lucky to have an owner like Phillip Anschutz who loves the history of the American West and railroads,” Wren told Railfan & Railroad Magazine during a recent tour.

One of the biggest components of the rebuild was the purchase of three new trains from Stadler. The trains include three cars and a diesel locomotive that pushes the cars uphill (and holds the cars back going downhill). Four of the older trains, built by Swiss Locomotive & Machine Works in the 1970s and 1980s, were also rebuilt for service during the rehab. Initially after reopening in May, the older trains were the primary motive power on the mountain as crews worked out the bugs on the new trains, but since August the Stadler-built equipment has been the primary power. Wren said the new trains are popular with crews.

“One of our engineers likened the change from the old trains to the new ones as going from a Model A to a spaceship,” he said.

Wren said the new trains are faster (15.5 miles per hour versus 12 miles per hour) and can hold more people (263 people versus 214 people), which means the railroad can get more people up and down the hill in a day. As a result, the railroad was having some of its biggest days ever this summer with upwards of 2,500 people per day riding. Wren said this month alone, ridership is up 10 to 15 percent over what it was when the railroad last ran in 2017. Right now, the only thing holding the railroad back from hauling more people is parking at its station in Manitou Springs. Wren said the railroad is looking at options for how to alleviate those issues starting next year.

“It’s been a really successful first year back,” he said. 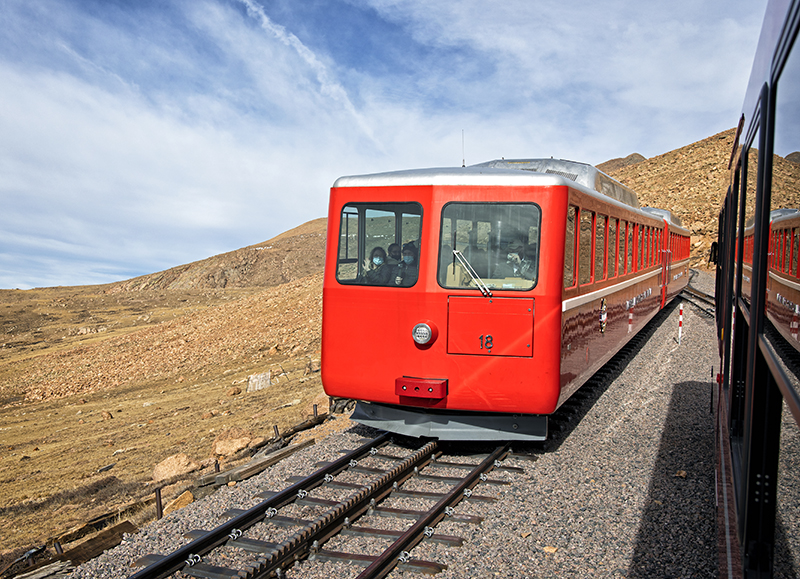 One of the older trains meets a new Swiss-built train at Windy Point. Photo by Justin Franz.

Watch Railfan & Railroad Magazine online and in print for more from the Pikes Peak Cog Railway in the coming weeks. For more information, visit CogRailway.com.