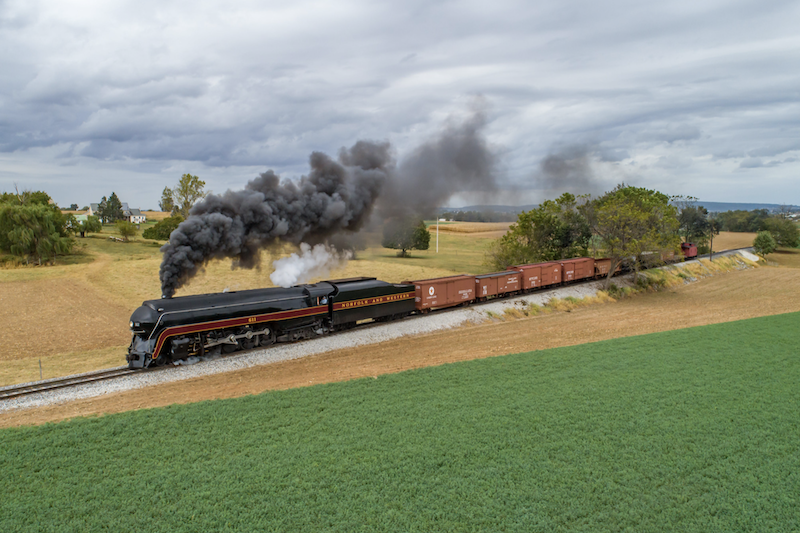 An issue with Norfolk & Western 611’s stoker forced the cancellation of weekend events at the Strasburg Rail Road. Photo by Steve Barry.

SPENCER, N.C. — Officials with the Virginia Museum of Transportation say that “barring any unforeseen circumstances,” Norfolk & Western 4-8-4 611 will be ready to head north to the Strasburg Rail Road in the coming days.

Earlier this week, VMT announced that an issue with the locomotive’s coal stoker had forced them to delay the ferry move from its current base in Spencer, N.C. to Strasburg where it will be spending the summer. The delay forced the cancelation of some events scheduled for this weekend.

“In order to further diagnose the issue, the engine and tender needed to be separated and the 35 tons of coal currently in the tender removed.  Mideast Railroad Service was called to assist with removing the coal. After removing the coal, the stoker screw break was confirmed. The cause of the break was likely a weak spot in the original casting, as an internal void was observed extending towards the edge of the stoker screw,” officials wrote.

Locomotive 611 last visited Strasburg in 2019 for a series of excursions and photo charters that fall. This year, the locomotive will stay in Strasburg until October and operate on numerous excursions throughout the summer.