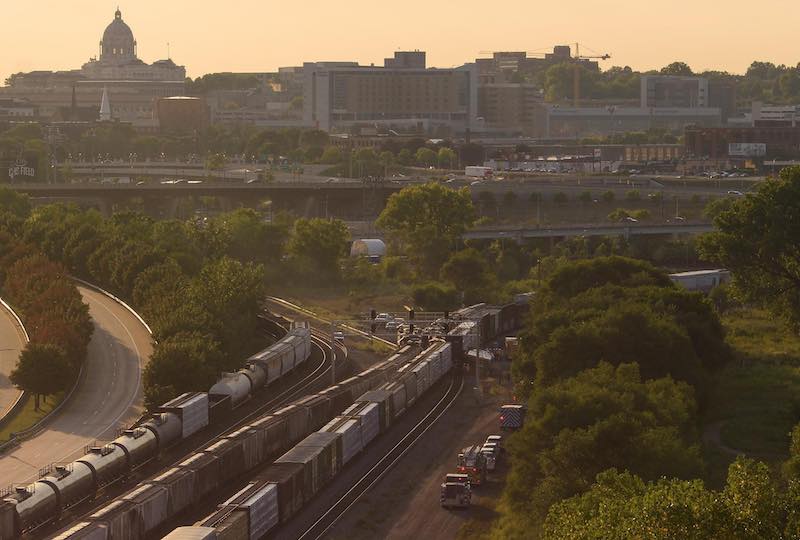 ST. PAUL, Minn. — The crew of a Canadian Pacific Railway train that collided with two other trains in St. Paul, Minn., was having trouble with the Positive Train Control system, according to a preliminary report from the National Transportation Safety Board that was released this week.

Shortly after 5 p.m., on August 25, a Canadian Pacific train collided with a Union Pacific train at a switch near Dayton’s Bluff near downtown St. Paul. Two CP locomotives and a UP locomotive left the rails. That collision resulted in the derailment of a lumber car in the middle of a BNSF Railway train on an adjacent track. No one was injured but the train did temporarily close a critical main line through the Twin Cities. The NTSB launched an investigation into the incident soon after.

NTSB investigators interviewed all of the crews involved and reviewed data from the trains and signal systems. During their investigation, they learned that the crew of the CP train — a Calgary to St. Paul manifest — had issues with PTC earlier in the day and received permission from the railroad to go on without it. When they entered BNSF territory, they informed the BNSF chief dispatcher that they were operating without PTC and got permission to continue. As the train traveled through St. Paul, they stopped at a control point at Seventh Street that displayed a red signal for 20 minutes. They then got a signal to proceed (diverging approach indication: proceed prepared to advance on diverging route at the next signal at prescribed speed) and moved toward Division Street, where the accident occurred.