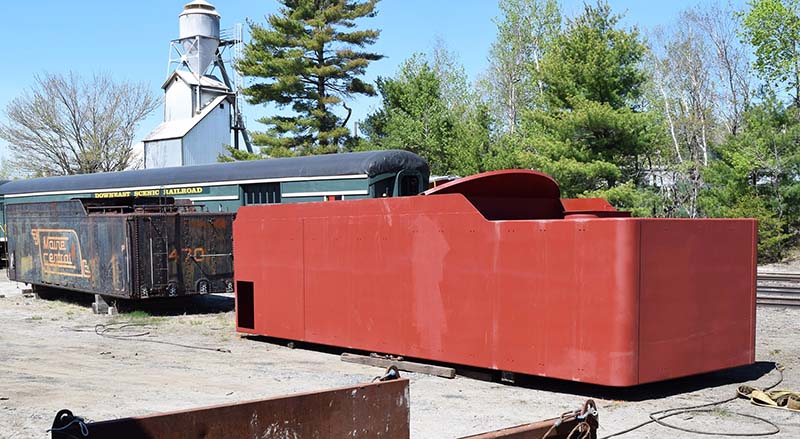 Maine Central 470’s new tender, right, sits next to the original on May 22. Photo Courtesy of New England Steam Corporation.

New England’s only surviving mainline passenger steam locomotive now has a new tender. On May 22, New England Steam Corporation took delivery of a brand new tender body for Maine Central 4-6-2 470 at its restoration facility on the Downeast Scenic Railroad near Ellsworth, Maine.

New England Steam teamed up with Millinocket Fabrication & Machine to build a new tender body that will eventually be placed on the original tender frame, which was recently sandblasted. The group is also currently rebuilding the tender trucks. If everything goes according to plan, the tender should be back on the rails sometime next year. New England Steam President Richard Glueck said the group plans to paint MEC’s iconic speed lettering on the tender when it’s done.

Read more about the restoration of Maine Central 470 in the next Preservation Topics in the July 2020 edition of Railfan & Railroad.